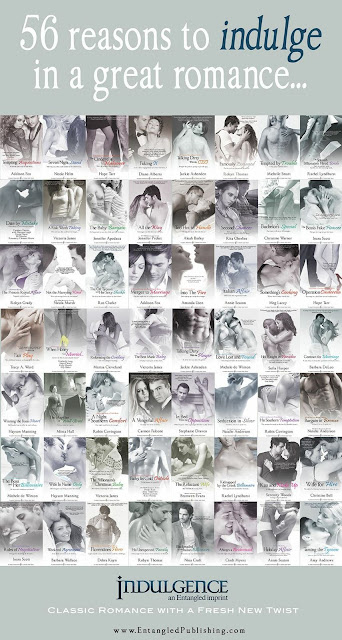 Sexy new look!
Classic romance with a fresh new twist.
Indulgence brings together classic romance, new and fresh voices, those alpha heroes we all love, and are simply great category romance reads.
Indulgence books are short contemporary romances.  They are new, fresh, edgy, light, and whimsical and always have a happily ever after.
Emotionally and physically satisfying.

Sure, Brazen may be the naughty little sister of Indulgence, but where do you think Brazen learned everything? J 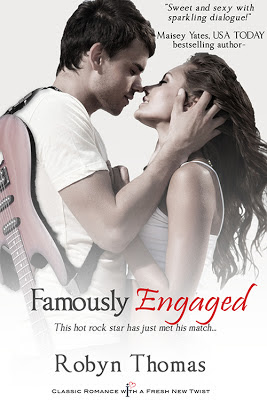 A chef and a rock star. They couldn’t be from more different worlds…
Rock star royalty’s favorite son, Jake Olsen, couldn’t help but interfere after listening to his future brother-in-law talk non-stop about his ex-wife, Beth Carlisle. Jake decides that the only way to get the groom’s mind off his ex-wife is to give her a fake fiancé.
Before Jake can convince Beth of his plan, he's forced to move in with her to avoid the paparazzi. Their instant attraction makes for a sizzling "first date", but soon Jake’s fame gets in the way and Beth wants out. Too bad Jake's figured out just why her ex is so obsessed with her, and he's afraid he's not going to be able to give her up either.
Now it's up to Jake to convince this chef together they make the perfect recipe. 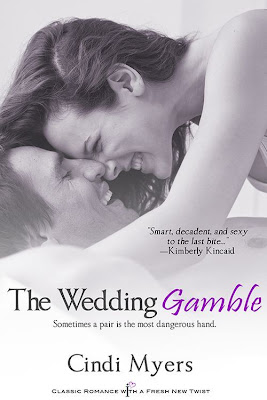 The Wedding Gamble, by Cindi Myers

Preschool teacher Laura Nichols is celebrating her birthday and sister's bachelorette party in Vegas. Being in Sin City is thrilling and she intends on tapping in to her wild side. Laura can't resist the added excitement that comes with saying yes when a hunky man off the street proposes...

FBI agent David Abruzzo has been working undercover as a thug to bring down the Zacolli crime family, but his cover depends on convincing the mob he came to Vegas for a quickie wedding. If they catch on to his plan, his cover's blown, and he's as good as dead.

Over the course of 48 hours, David and Laura use rollercoasters, glowing condoms, and exotic male dancers to stay alive and bring the crime family down. But it will take more than Lady Luck, one night of passion, and a little Vegas magic to turn their fake marriage into something real. 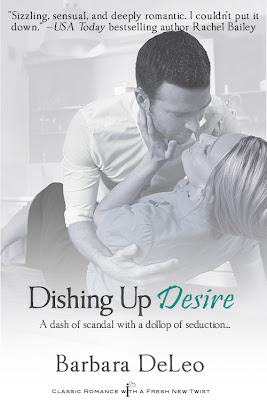 Dishing Up Desire, by Barbara DeLeo

Image consultant Blake Matthews is facing his toughest PR challenge yet: salvage the image of celebrity chef Kirin Hart. Once he does, he'll be able to acquire LA's most successful PR firm. But Kirin's no easy fix. She's stubborn about changing her comfortable homemaker image, and is being sued for sexual harassment by a junior staffer. She needs a PR lifeline fast. Only problem is Blake wants more than to make her over...

Kirin doesn't need a makeover--her fans love her as she is. But she could lose everything if the sex scandal and reputation that has followed doesn't get quashed right away. Kirin agrees to let model-perfect Blake work his magic for two weeks, but things get complicated when she can't deny the way her body flares to life whenever he's near.