Synopsis: Jeon Jin Ho is a straight guy who pretends to be gay in order to become Park Kae In's roommate. His hobbies include organization and ironing, and he's known for his stoic poker face. He's a stickler for cleanliness, but he also has a talent for figuring out a women's feelings. Kae In is very trusting even though she has a habit of being betrayed. However that doesn't stop her from giving people the benefit of doubt and Jin Ho is no different. How will Kae In react when she finds out that her gay roommate is not actually gay at all and that he has fallen for her?

My Thoughts: I loved loved loved this drama!! It's definitely my favorite out of all the ones I've seen! I just... loved it!

Story: The story was really good and kinda different from the other dramas. Sure there were cliches but hey, which drama doesn't have them? And oddly enough, they don't bother me much in dramas. The story was pretty interesting and, despite there being small plot holes, over all it was really good.

Casting: Umm... well, this drama had Lee Min Ho in it. So even if it would've had the worst story line, camera work etc of all time, I would've watched it. For Mr Lee Min Ho. Because I love him. I love him so so much!

BUT, the other cast was really good too! The leading lady, Ms Son Ye Jin, did a great job! She was not afraid to make a fool of herself on-camera and she acted pretty well. Lee Min Ho is one of my favorite Korean actors. Not just because of his looks but also because of his acting skills. He's a great actor! Plus he knows how to kiss, which I think most Korean actors don't. See it for yourself:

Characters: All the characters were great and the actors who played them did a great job! I liked Chang Ryul. I felt sorry for him. I could see that he had good in him but because of his father he turned kinda... bad. He was, in a way, innocent. I felt sorry for Kim In Hee too. She threw away her friendship because she was too selfish and didn't trust anyone. I loved Sang Jun! He was so funny! And I really liked Gae In's best friend's character too. She reminded me a lot of my best friend... I don't really have much more to say about this drama... I loved it. The story was great. The characters were memorable. The romance was adorable. The underlying themes were well portrayed. So if you are in the mood for a good romantic comedy drama with a hot male lead and a pretty good story, I'd recommend Personal Taste.

I'll leave you with some pictures to fangirl over ;) 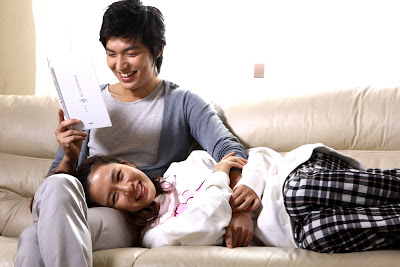 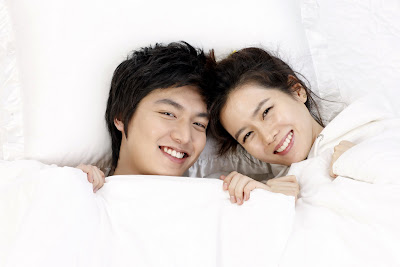 Aren't they the cutest couple ever?!