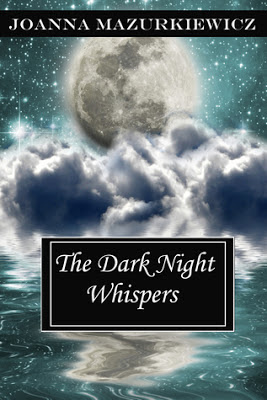 Synopsis: This year Ania is hoping to snap out of her depressed mood. She spends her summer locked up in her room, thinking about Gabriel who is somewhere between life and death.
So when Adam, Gabriel’s best friend, turns up on her doorstep and tells her that he can take her to him, Ania refuses because she can’t go through the same hell again. Her heart has already been ripped out of her chest.She returns to Swansea to start another year at University, but her education is not the most important thing – she ends up getting more involved in the new and dangerous world of the Sprites. This year doesn’t seem to be any easier than the last one, and on top of everything else, she has to find the cure for the Iron curse before Gabriel’s life will end forever.All at once, Ania is juggling her University work, investigating the kidnapping of a young girl from America for the University paper and trying to fight with the attraction to a handsome blond-haired Sprite who has appeared in her life so unexpectedly.To confuse Ania even more, she is finding well-known fairy tales in her pocket. They don’t seem to make any sense until she makes a decision to follow her emotions and start looking for her real family.Will she ever get to the end of this emotional rollercoaster?

Rating: 8/10
Source: Given to me by the author in exchange for an honest review.
Cover Talk: I really like the cover. The shimmery stars, the clouds and moon, the water. Everything is really pretty. All that bothers me is the way the book & author name are written...

The Good: The first thing that I loved about this book is the story. The suspense and twist & turns are really good and I (for one) could not see many of the things coming. It's all really interesting and I'm dying to know what happens next! If you want to know the story, you can read the spoiler-free synopsis above. It pretty much tells you the main idea of the story-line.

Even though I did not like the main character much (will talk about that in 'The Bad'), I did like the side-characters. More than those of the first book. I really liked Veronica. She was a great friend. I really really liked Adam too. Like, in the beginning (and middle) he was my favorite character. But then towards the end, I didn't know what to think about it. You'll see what I mean when you read the book, don't want to give away any spoilers here!

Aideen... Honestly, even though he did not appear much in the book, I liked him better than Gabriel. BUT I want Ania to end up with Gabriel. Because I feel like they both love each other, like truly love each other... But that ending, aagh!! Don't get me wrong, I loved the ending! It was a great twist! But not so much for Ania & Gabe..

I don't usually like insta-love and love triangles in books. But I was ok with these things in The Dark Night Whispers. I think that was because they weren't written like they usually are in books. They weren't the main focus of the story. So that was good.

The Bad: The thing I disliked the most in this book was Ania's character. I didn't hate her, if I had hated her I don't think I would've been able to like the book. But I didn't like her either. She was, as Adam usually mentioned, overly dramatic. I think she was being too emotional in all that stuff with Natasha.

She was also very reckless and stupid. I felt like she thought she was being brave but she wasn't being brave at all. She was being rash. And it made my really angry at her at times. She also seemed very confused, especially about her feelings for Aideen and her relationship with Natasha. It was like she didn't know what she wanted.

But I don't think the writer made a mistake. It was like she deliberately made her like this. Because the other characters pointed these things out, as Adam said she was overly dramatic and Aideen said she was stupid and reckless. So I think she was supposed to be like this. That is why it was fine with me.

There was also a lot of repetitiveness of particular things. For example Ania frequently mentioned that Natasha was obsessed with the kidnap story, that Rose was Gabe's fiance, and, most of all, that Gabriel was "the only man she ever loved". At times I was like "I get it! You don't have to repeat it after every other paragraph!".

Another problem that I had with this book, which was actually my problem because some of you might not be bothered by it, was that it was written in present tense. This made me really uncomfortable because I'm not used to reading a book in present tense, I prefer past tense. Also, there were some grammar mistakes, like a couple of words were written in past and other similar mistakes but they didn't really disrupt the meaning so they could be overlooked and didn't bother me much. But I'm pretty sure after a round of careful checking they could be eliminated and the writing would be better.

Overall: I really enjoyed this book. The story was great and I really feel that these books would make an awesome TV series! Definitely one that I would watch! Joanna Mazurkiewicz was born in Poland. She moved to United Kingdom when she was only nineteen and just finished high school. She had aspired to be a writer upon completion of the Harry Potter series but also enjoyed reading books like ‘Gone with the Wind’, ’Animal Farm’ and ‘The doll’. She graduated from Swansea University with a bachelor degree in American Studies. While studying in the UK she made a decision to start writing fiction in English. The “Whispers of the Sprite” is her first debut novel and she is currently working on other projects. Joanna lives in Cowbridge, a small town in South Wales near Cardiff with her boyfriend Bruce. She enjoys cycling around Welsh countryside some of which has become the settings in her first series.
Posted by Unknown at 3:17 AM