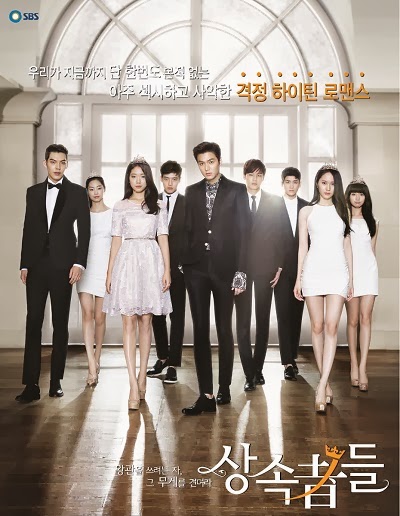 Synopsis: "The Heirs" depicts the friendships, rivalries and love lives of young, rich heirs led by Kim Tan (Lee Min Ho) and a girl named Cha Eun Sang (Park Shin Hye). The series follows a group of privileged, rich, elite high school students as they are groomed to take over their families' business empires. These wealthy students seem to have everything under control, except their love lives. Kim Tan is a handsome and wealthy Korean heir to a large conglomeration who is sent to study abroad in the U.S. In reality, it's a form of exile, as his elder half-brother back home, Kim Won (Choi Jin-hyuk) schemes to take over the family business. While in the States, Kim Tan bumps into Cha Eun Sang (Park Shin Hye), who has arrived from Korea in search of her older sister. Slowly, he feels himself falling for her, never realizing that she's the daughter of his family's housekeeper. When Kim Tan's fiancée, Rachel Yoo (Kim Ji Won), arrives to bring him back to Korea, his heart is torn between love and duty. Meanwhile, Rachel's future stepbrother and Kim Tan's former best friend, Choi Young Do (Kim Woo-bin) goes to the same school as Kim Tan and Eun Sang. The troubles arise as the heirs realize the differences between money and the real world.

My Thoughts: Like almost everyone who watched this drama, I was very disappointed. In a sentence, it was a huge waste of talent. 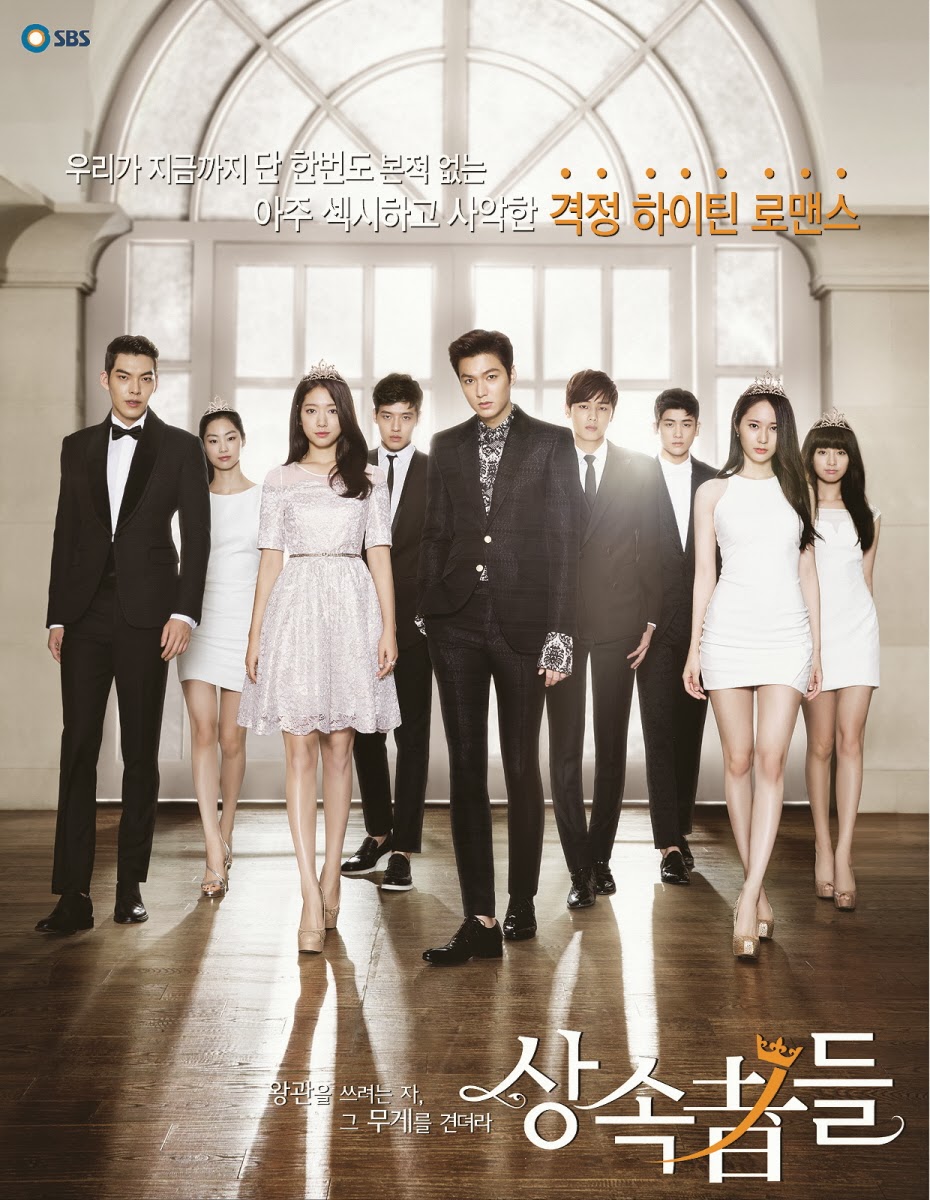 The story was... weird honestly. More than once it felt like the writer didn't know what she wanted to do so she was just pushing along. The only interesting stuff that happened was in the last few episodes which was very sad because those story lines and plots could be taken side by side and given time but the writer decided to give all the focus to the boring main couple. 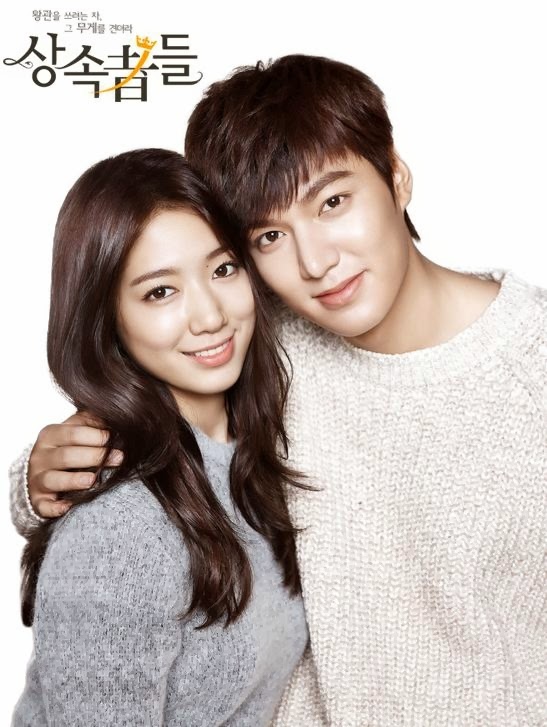 Which brings us to the main leads of the drama. I'll start with Kim Tan. I love Lee Min Ho. I really do. And it wasn't his fault at all. It was all Kim Tan's fault and the writer's fault. I didn't like Kim Tan AT ALL! He was selfish and spoiled and controlling and I just really didn't like him. I hated his hair and clothes too. 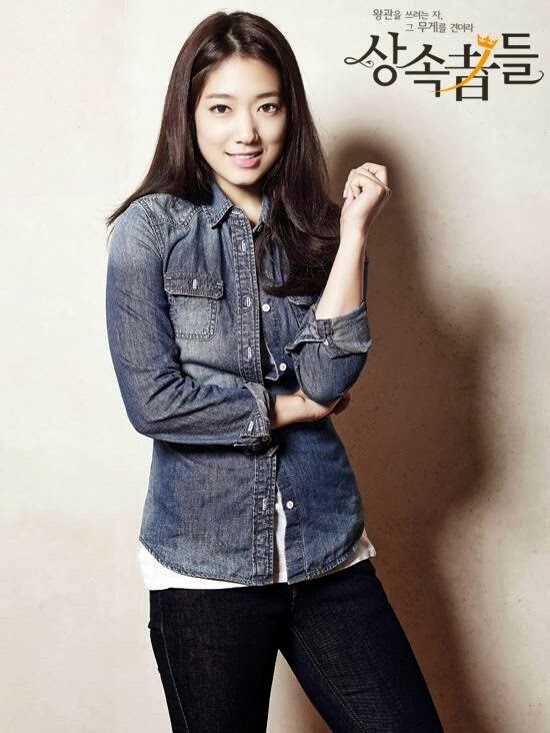 Park Shin Hye surprised me. She has really improved in her acting. She still has no chemistry with her on-screen lovers but in other scenes she did really well. I also liked Eun Sang in, like, the first half of the drama, I think. I thought she had potential. That she would stand up for herself. But no. I rooted for her the few moments she did fight back. But throughout most of the drama she was getting pushed around by Kim Tan and Young Do and she let them! 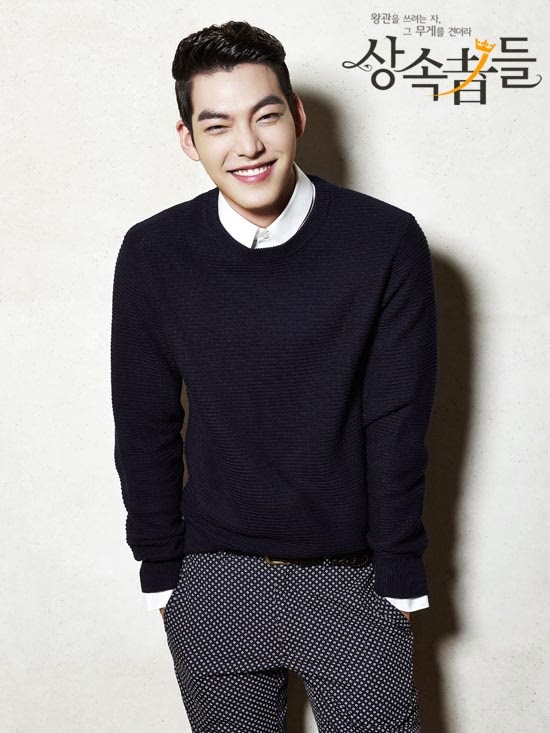 Yound Do was a bully and no one should like or justify what he did to people. But OHMYGOD KIMWOOBIN!!! He's not only good looking but also an amazing actor! He played Young Do so well! He even managed to have some kind of chemistry with Park Shin Hye. This drama did made me a Kim Woo Bin fan. BUT the overnight change in Young Do was not believable at all. As much as I loved the new Young Do, no one changes overnight like this. 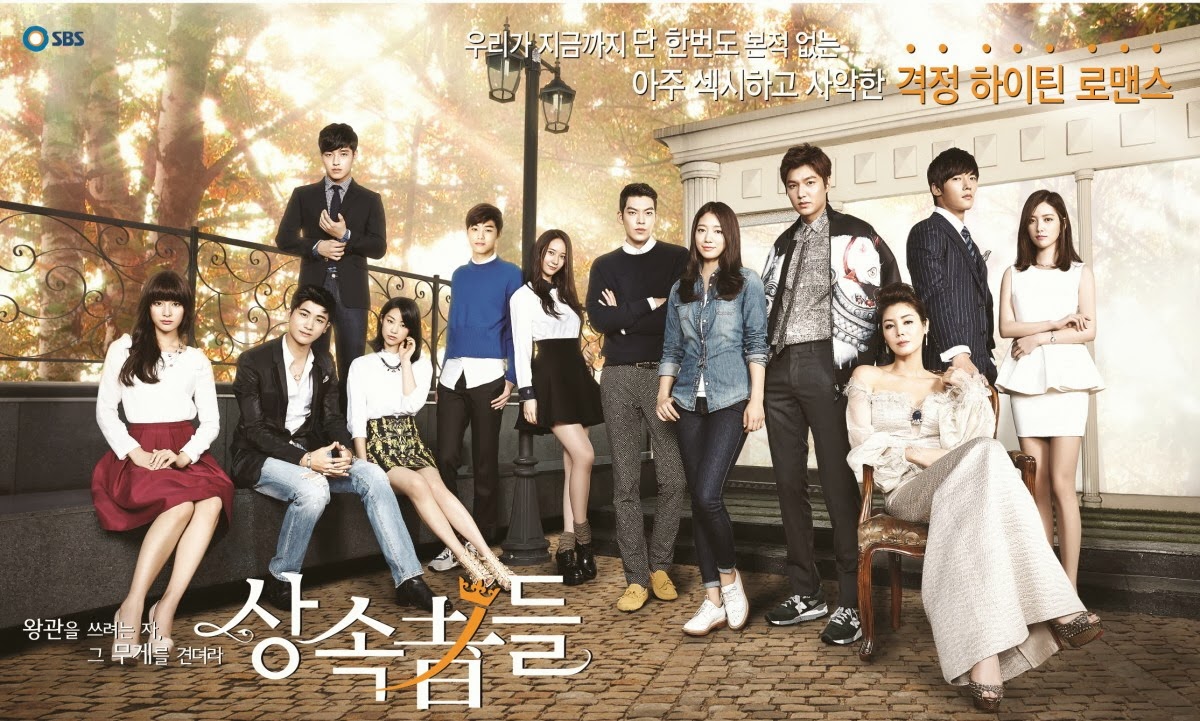 A huge problem this drama had was that there were way too many characters. And all the actors who played these characters were very good but they weren't given the attention they deserved. There were so many characters and so many story lines to deal with that most of them went neglected. For example, I still don't understand that sunbae's story. Neither do I get the teacher's story. I love Choi Jin Hyuk but his talent was wasted big time. And you get my point. The writer put too much on her plate and ours. 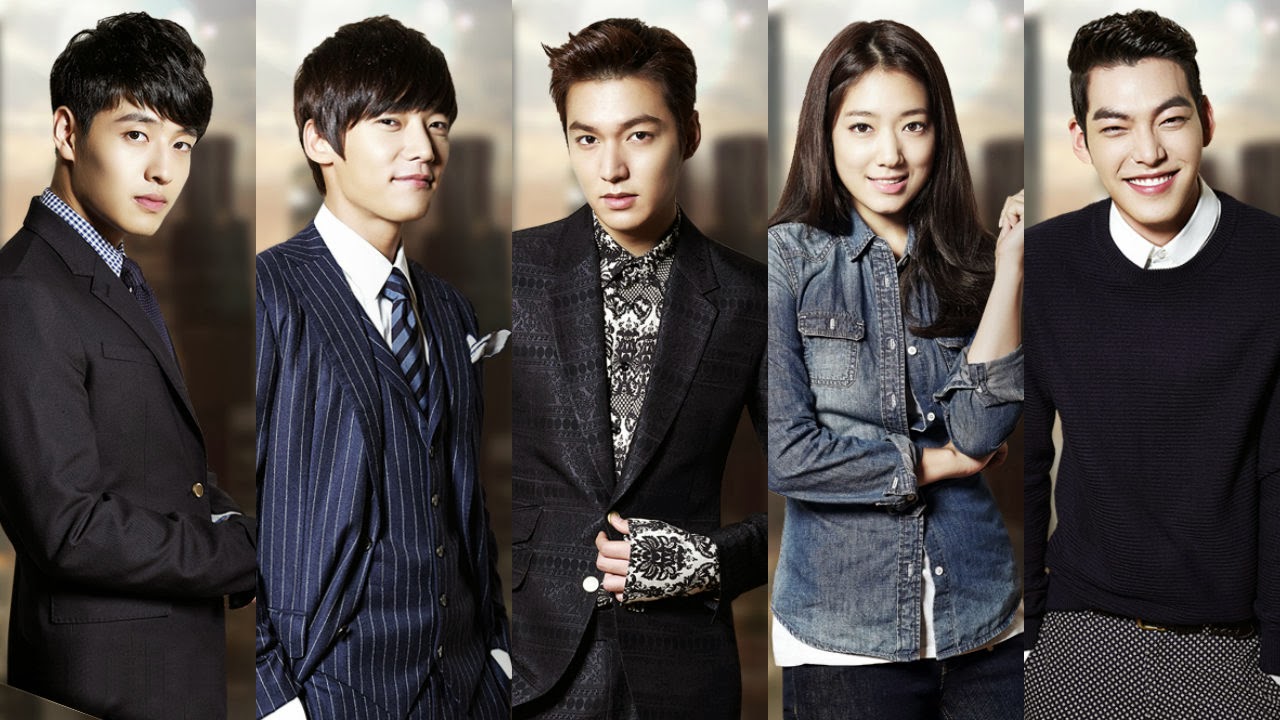 What bothers me the most though is the fact that they had so many chances to build up on the Kim Won-Kim Tan brother arc. And Choi Young Do-Kim Tan friendship arc. But they chose to forget about these things until the last episodes. 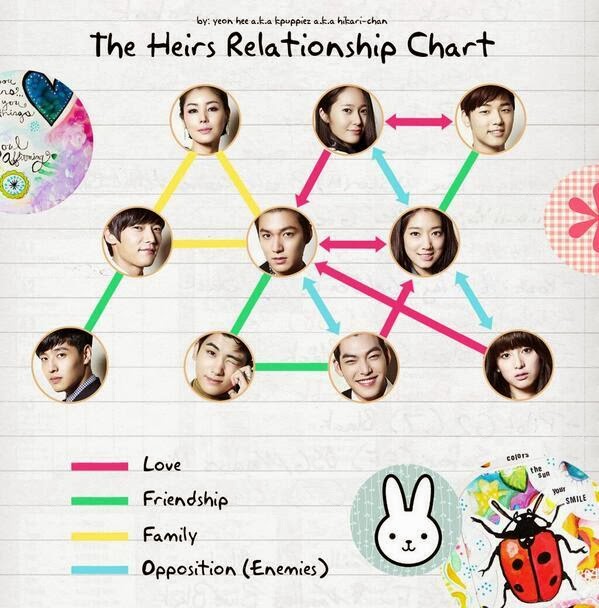 The ending was so rushed that it didn't feel like an ending. The drama went at moderate speed in the beginning, then slowed down, and then in the last few episodes it went by at lightening speed. This caused many arcs to be left at that. Many of the characters did not get the happy ending they deserved. And it all looked very sloppy. 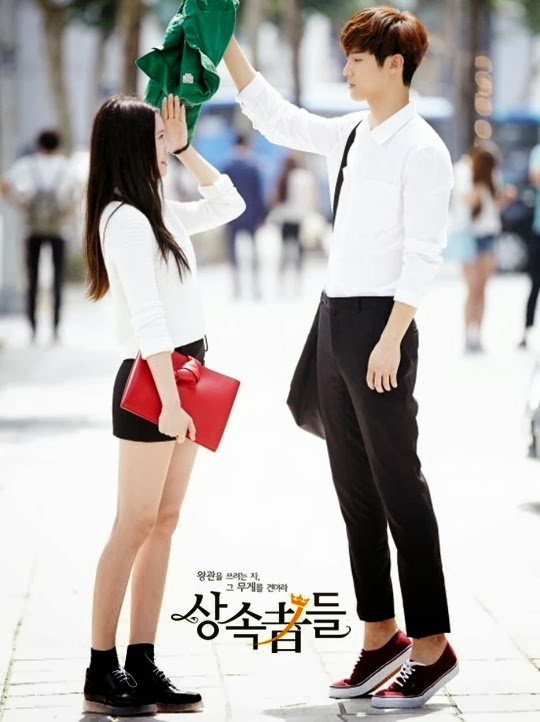 Despite all the negatives, there were also things that I really loved in this drama. For example, everyone's favorite couple Chan Young and Bo Na. These two were so cute! I loved them! Another relationship that I really enjoyed was Kim Tan's mom's and Eun Sang's mom's odd sort of friendship. These two were really fun to watch. Plus they had far better chemistry than Kim Tan and Eun Sang even though Lee Min Ho tried so hard. Remember that forced kiss? It made my jaw drop 'cause I was like "Looks like LMH took my comment seriously." And I guess it did kind of work because Park Shin Hye did look a little more in love in the last few episodes. Before that it seemed like a joke every time Eun Sang declared her love for Tan. 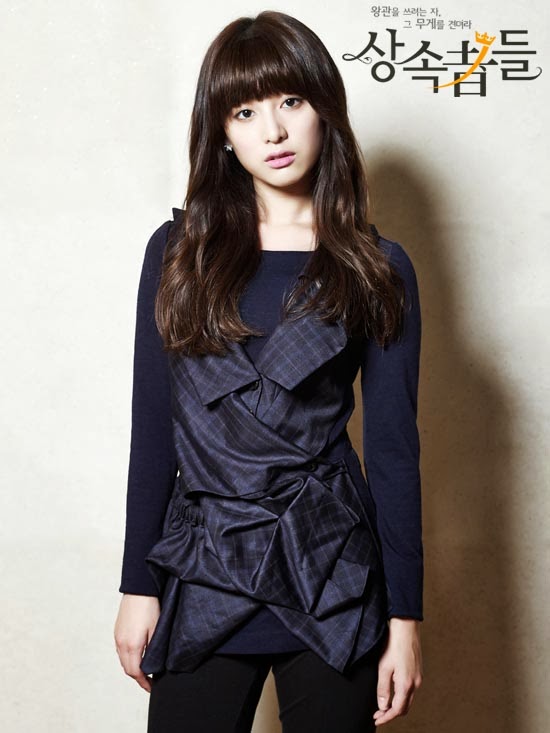 I also really liked Rachel and I wanted them to do more with her. I loved her with Young Do! They looked really cute together.

I'll end my rant now with the statement that this drama fell near You're Beautiful for me. It was OK to watch, not super bad and you'll find that there are moments that are very enjoyable, but it wasn't one of the really good ones. If you want to go ahead and watch for the gorgeous cast then I won't stop you but if you are looking for a really good drama then I would warn you against watching this one.

Extra: Here are links to my Heirs episode posts. I only did them for half the episodes because I couldn't write them on time as I started watching the episodes long after they had aired.