I watched the first episode of Heirs last night but I'm not sure where it falls. I'm not dying to watch the next episode but I'm also mildly looking forward to it.

Here's some info for those who don't know about the drama: Kim Tan is heir to the Empire Group sent to study abroad in the U.S. In reality it's a form of exile, as his elder half-brother back home schemes to take over the family business. While in the States, Kim Tan bumps into Cha Eun Sang, who arrived from Korea in search of her older sister. He feels himself falling for her, never realizing that she's the daughter of his family's housekeeper. When his fiancée Rachel Yoo arrives to bring him back to Korea, his heart is torn between love and duty. (Taken from: MDL) 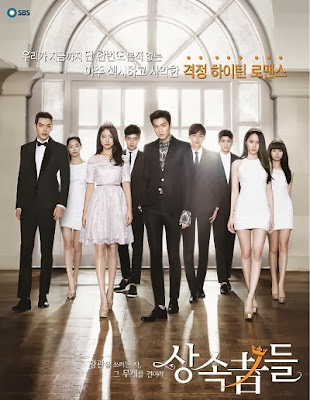 I had originally planned on not watching it. The promotions didn't attract me much and I really really really really really really don't like Park Shin Hye. But I love love LOVE Lee Min Ho. So the I decided that I would watch the drama once all the episodes are out. But after the premiere the reviews and stuff was popping up everywhere and most people said that the drama was good. So I couldn't resist and gave it a try.

I didn't know, before watching the drama, that it would be (or a part of it at least) taking place in LA. So in the first few seconds I thought I has accidentally opened some other, American, show. But then I saw Lee Min Ho's face and was reassured that I was at the right place. 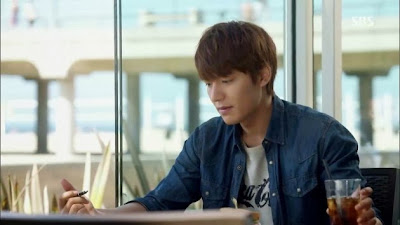 Now the English/Engrish... Well, I'll be honest, it made me laugh at times. Park Shin Hye's and other character's English wasn't that bad, I guess because they had fewer lines in that language, but poor Lee Min Ho had so many lines and English and it showed how hard it was for him to say them and I kinda felt sorry for him and I feel bad about laughing... OK, I'll stop my rant now.


But the Engrish didn't make me laugh as much as LMH's American friend did. With his "Yeah!" and over-excited, forever ready to partayy acting, he was very weird. The other Americans were OK though... 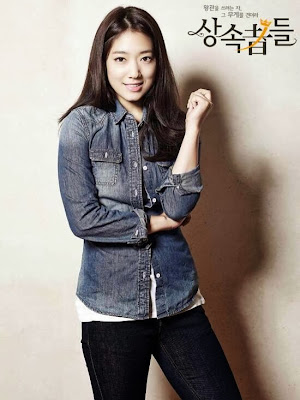 Now lets move on to Park Shin Hye. I was pleasantly surprised with PSH! Her acting was pretty good and her character wasn't that bad either. Plus I found myself getting a bit fond of her. That's MAJOR improvement considering I disliked her so much that I avoided everything that related to her in any way.

I did like the first episode. The story looks interesting and the acting was pretty good. It's still too soon to say weather I'll love this drama or not. But for now, it has captured my attention enough to make me continue with it. 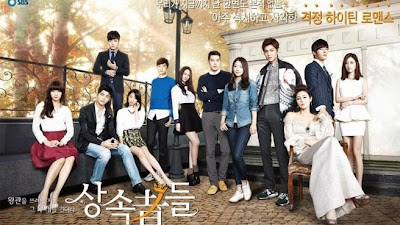 I'll go watch the second episode now. I'm sorry I didn't give a detailed review of the episode, I didn't want to give out any spoilers plus I'm not so sure at this point about how I feel about everything. Maybe after the second episode my thoughts will be more clearer and then I'll write up a better review :)
Posted by Unknown at 1:01 PM