OK, wow! This episode changed a lot of my thoughts about the show. Most of all, it changed my feelings towards Tan. I love Lee Min Ho! Seriously, I love him! So I really really wanted to love his character. But for the first few (actually most) episodes I didn't really feel much about him. Then in an episode or two he made me swoon. Not hard but he did make my heart flutter. After this episode though, I think he's a complete jerk!

In a way, he's even worse than Young Do. Because we know that Young Do is evil. So he isn't liked by anyone (except because of the reason that he's hot). But Tan is showed as the good guy. In reality though, he's evil and clever and I don't feel sorry for him at all. He is truly his father's son. Honestly, now I understand why poor Won was so scared of Tan taking his position. Hell, I wouldn't be surprised to see him turn completely evil and take over everything. Am I exaggerating? Well, maybe... a little bit... But the shock of Tan being this evil is kind of big. 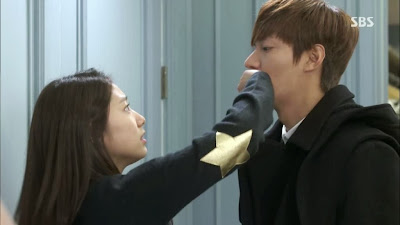 Tan's mean and selfish. Not to mention, majorly stalkerish! I never thought Eun Sang and Tan made a good couple but I didn't really have any problem with it. Now I hate Tan so much I don't want Eun Sang to choose him. Hell, I don't want her to choose anyone! How cool would it be that for once a female lead would be brave enough to kick the boys aside and live her life independently! Unfortunately, I don't see that courage in Eun Sang. 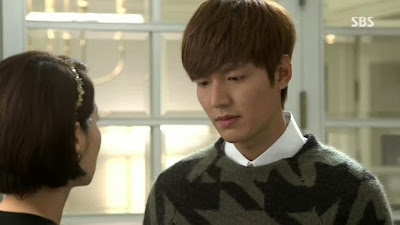 You know what hurts me the most? That Tan's character had so much potential! He's treated so badly because he's an illegitimate child. He could've worked hard and made something of himself. I would've enjoyed watching that much more than watching this mean Tan. I really feel like the writer didn't have a clear idea of what she wanted Tan to be. 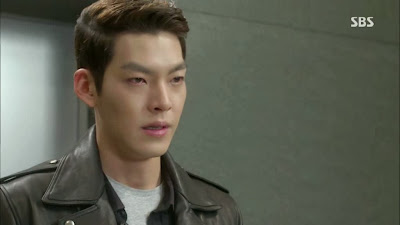 I feel sorry for Young Do. He has such a bad father. And the poor guy has been abused emotionally and physically. No wonder he's so crazy! I know he's a bad guy and that he does have the choice to be good but he made the wrong choice but I feel like he isn't completely evil. And in my opinion, he is better than Tan. On a side note, Young Do and Rachel look cute together. 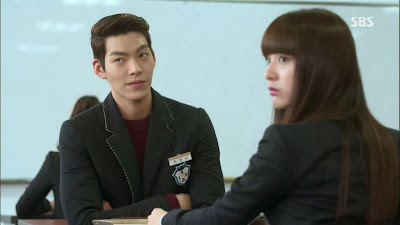 The rivalry between Tan and Young Do scares me! It feels like they will stop at nothing! I really wonder what happened between them that would make their relationship so bitter... 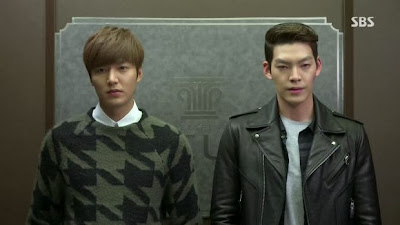 There are so many characters that it's hard to remember all of their names, let alone their stories. And to be honest, it's kinda annoying. Because it feels like the writer doesn't have a clear idea of where she wants to take the show. I have no interest in most of the side characters including Won's girlfriend, the guy who once tried to commit suicide (I think he's the same one who has a crush on his tutor a.k.a Won's girlfriend), Rachel's mom etc. Even Won doesn't have much of a story and character development and I only notice him because I have a crush on Choi Jin Hyuk. Other wise this character would've been on my list of characters I don't care about because they aren't given any importance. Poor souls...

Aww! I wan't going to mention them again, since I know anyone reading my Heirs posts must be tired of reading about my obsession with Tan's mom and Eun Sang's mom, but this scene was too sweet to not mention over here.

I really like Eun Sang's character. But I don't know why, one moment she's this confident girl who'll take no one's shit but the next she becomes someone who can't stand up for herself. I wish she would stop doing this and become badass! On a side note, I wonder why Eun Sang always has a sad or disgusted face whenever she's hugging or kissing Tan. OK well I get sad but the faces she makes when he's kissing her, it's really like the last thing she wants to be doing is that and that Tan is forcing the poor girl into it. Well, if that's the case then why don't you hit him, Eun Sang, and get it over with? I overlooked her facial expressions at first but it has happened way too many times for me to ignore it any more. For example:

I hope you get my point.

Now on to something that's good about the drama, Chan Young and Bo Na! I swear, they seem like the only normal people in the whole drama and they are the only ones with a normal, healthy relationship. Plus, they are so so cute!!!

And at the end, here are some random comments on some scenes from the episode:

Overall, this drama is good. It's entertaining but it has flaws too. It lies somewhere between 70 and 75 on a scale of 100. So I will continue watching it. :)