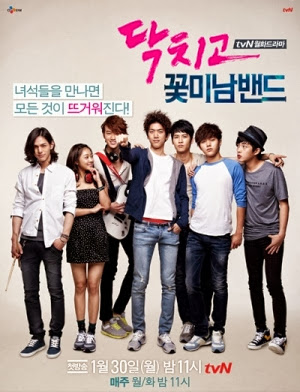 Synopsis: Eye Candy is a six member underground rock band led by Byung Hee. When the group transfers into the prestigious Jungsang High School, they find their rival, Strawberry Fields. This is a story about the two rock bands and how they deal with friendship, relationships, and their passion for music.

My Thoughts: *This review may contain minor spoilers. Read at your own risk.*

The story, the characters, everything was perfect! The story felt like it was out of an awesome YA book. Real, messed up, broken teenagers fighting for their dream in this cruel world. I loved everything this amazing story had to offer! It was a perfect blend of bromance, romance, rivalry, and reality.

The bromance was one of the best ones I've seen ever! Eye Candy <3 There's not much I can say about them so I'll let the pictures do the talking: 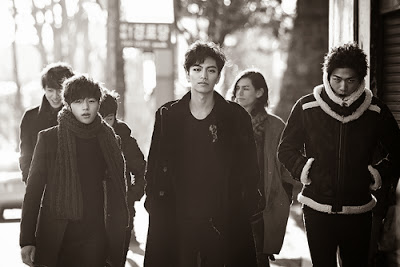 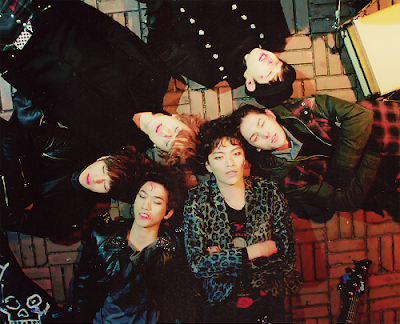 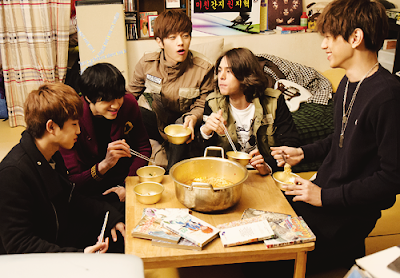 Their friendship was so amazing and inspiring and special!

The romance was cute. But I am glad that it wasn't the main focus of the drama. It was a side plot and the main theme was 'fighting for your dreams'. Or that's what I felt, anyway...

But Soo Ah, as a character, was very relatable, especially for me. She was a nice and a good girl but she was stuck in such hard conditions. I felt sorry for the poor girl. Her personality was very much like mine and I understood her insecurities and decisions. Plus, Bo Ah is so pretty! 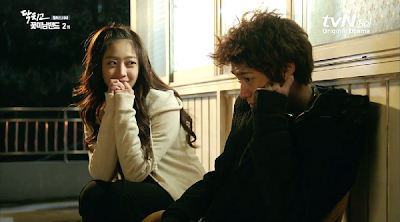 Byung Hee was one of the best characters ever created! He seems weird at first but as the drama progresses you realize how amazing he is! Too bad he only stays for two episodes. Yes, two episodes. I cried so hard when he died! I've never cried so much for any k-drama character as much as I cried for Byung Hee. And even after he was was gone, even after I watched the rest of the drama without him, he still remains my favorite character. 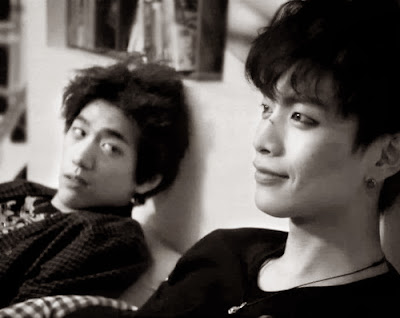 I don't really like guys with long hair. But Do Il looked so amazing in them that I fell in love with him! He looked gorgeous and hot and just amazing! And his crush on Woo Kyung was adorable!

Oh my God, Kyung Jong was the adorablist thing ever! His accent was love and he was just so freaking cute! 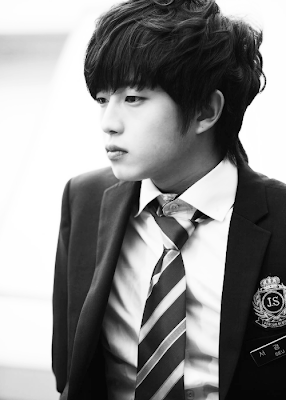 Ha Jin was an okay character. I didn't really care much about him. But his friendship with Kyung Jong was really cute!

Don't kill me fangirls, but I didn't like Hyun Soo much. He was annoying because he was so angry all the time. Whereas his friends had a much harder life than him. Myung Soo's acting wasn't that good either. He was trying to be too sexy without really achieving anything because he's much more cute than he is hot. 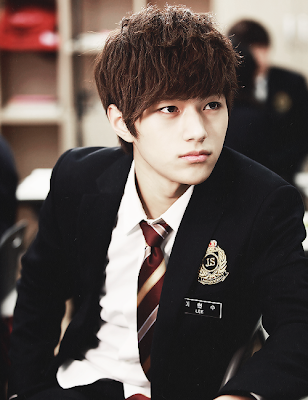 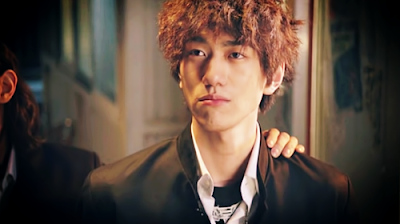 I love love love Jung Eui Chul! And yes, my love for him is solely based on how good looking he is <3 Don't look at me like that, I'm not shallow! Admit it, this has happened to you too! Anyway, he was really cute in this drama too :D I didn't liove his character much but he did provide a good conflict. I did enjoy seeing the gorgeous Eui Chul on screen, though ;) 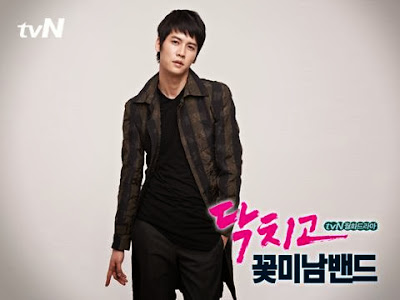 In this drama there was this one character who really annoyed me and I really wished she wasn't there. That pop star girl who has a crush on Hyun Soo. Her acting, her voice, they were both very annoying! And the character wasn't that good either :/ 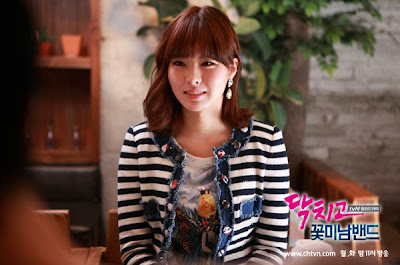 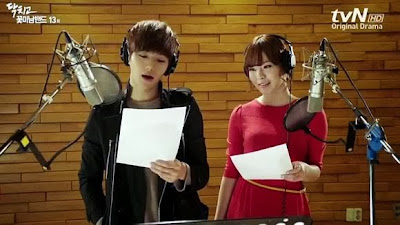 I don't really know how I feel about Yoo Hae Ri... At times I liked her but at others I hated her. Rock Kim was funny and he added lightness to a otherwise serious drama. Same for "Shilba". I really liked him. He really did care for the boys and, in a way, was a part of their family. 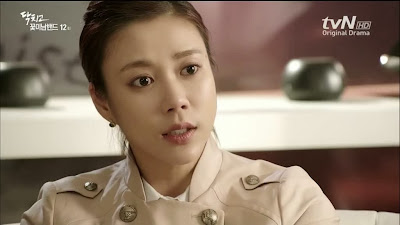 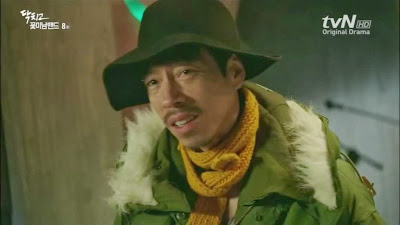 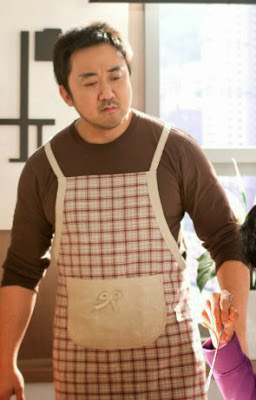 I loved the ending! It felt so real and believable! Yeah, it wasn't what you'd expect or even hope, but it was very real and that's what made it amazing! 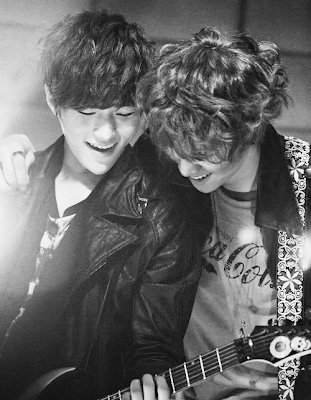 If you analyze this drama piece by piece then it might not seem perfect. But as a whole, it truly is amazing! It is real and relatable and has memorable characters and an inspiring story. I felt so sorry for the boys! All they had to go through! They were living in such hard conditions but they were strong and very inspiring. I would highly recommend this drama! 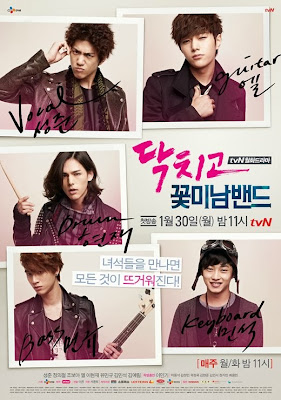 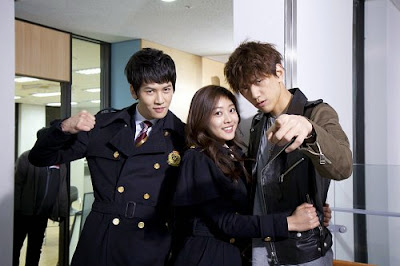 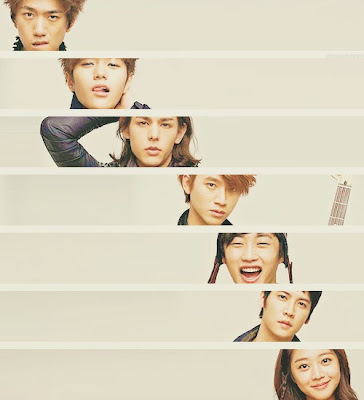