Aaahh!! College is taking so much of my time and I'm going crazy! Tests week is over but I'm so behind on assignments! God help me please!

Anyway, this time I made a list of the points I wanted to include in the recap/review as soon as I watched the episodes so hopefully this will be a better post.

I'm going to start by mentioning that after watching these 2 episodes I've actually grown to love Kim Woo Bin and his character. In the previous post I said that I didn't like his acting, neither did I think much of the character but my feelings have taken a complete 180° turn! I've seriously fallen in love with him! Yes, he's not a good person and makes bad choices but he's got daddy issues (like almost everyone else in the show) and bullying goes in a cycle. He is bullied by his dad so he bullies other kids now. I do feel sorry for the guy but that doesn't keep me from being angry at him when he's terrorizing a poor soul. Anyway, I have come to like him but I'm not sure if I approve of him as the second guy in the love triangle. Who knows, maybe that'll change too as the drama progresses... 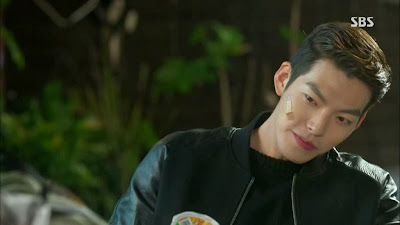 Yes, Park Shin Hye's acting has improved, but I can't help but feel like she is overshadowed by the other talented actors and amazing characters. Her character has still not made herself out to be memorable enough while on the other hand there are other characters on the show that I find myself being more interested in. I guess it's still too soon to judge but I do hope this gets better. 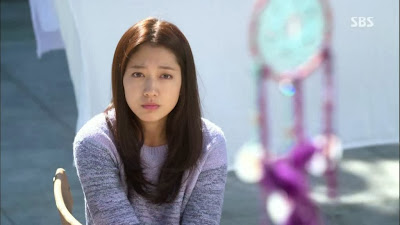 I gotta say, I'm enjoying this, whatever it is, between Kim Tan and Kim Won. I'm not so sure what to call it... Rivalry? Love-hate relationship? Well, whatever it is, I'm very interested in watching how it all plays out. 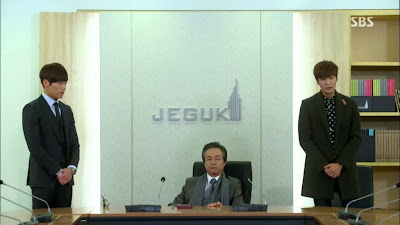 I think I'm getting old... Or maybe I spend so much time with my mom that I'm becoming like her! Either way, I can't help but enjoy the ahjumma wars, the cat fights between the two ladies. I've noticed, no one else cares much about those... Am I the only one? Am I crazy for liking that? 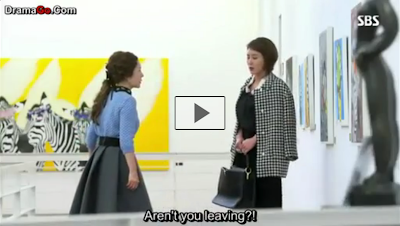 I really like Lee Min Ho's character, Kim Tan. He seems very real and something about him really intrigues me. I'm very interested to know what his story was. Despite that, he does not make my heart flutter. Which is very weird. I fell head-over-heels in love with him in Personal Taste. But here, he doesn't do it for me. Maybe I just don't like high-school Minho... On a side note, I wrote in my notes that in a way Tan's a jerk. I have no idea why I wrote that... Just thought I'd mention that I felt like that.

Krystal is so cute in this drama! I love her character! She's so cute and bubbly and fluffy and innocent! Chan Young and Bo Na look so cute together! I ship them <3 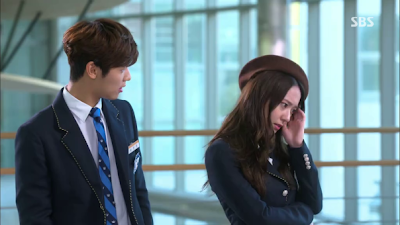 Aaahh!! Chan Young is soo fricking CUTE!! Every time he comes up on the screen I just want to hug him! (Don't kill me Bo Na!) He's so sweet and an amazing amazing friend! He really cares for Eun Sang (as a friend) and it shows. I want a (boy)friend like him too!! 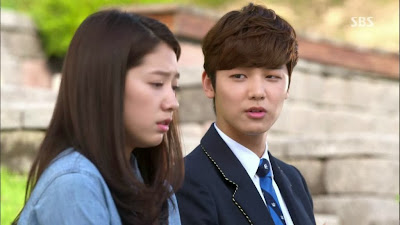 I'm going to mention another thing that proves that I have gone crazy. I ship Madam Han and Eun Sang's mom! Not as a couple, but as... madam & maid. Or as friends? Or just as employee and employer. Either way, I find their relationship cute. And that bathroom/maid outfit scene was hilarious! 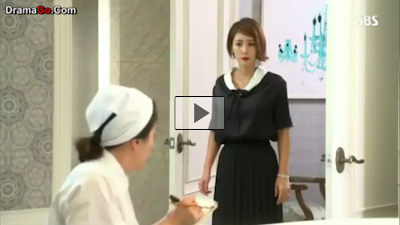 Rachel is annoying as ever. But I do feel sorry for her sometimes. I mean, look at her mom! She's so selfish. No wonder Rachel turned out this way. I do find her cute though...

Kim fricking Won is ssooo fricking cute when he's not busy being all serious and angry! That scene in which he gave his girlfriend (or whoever that was) the wishbone necklace. And when he was sick and the same girl was taking care of him. He was just so adorable in those scenes! I have the biggest crush on Choi Jin Hyuk! And I'm very interested in knowing what this couple's story is! 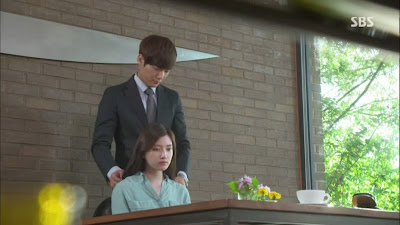 That guy on the rooftop, the one who made the satan comment, he was cute! And mysterious! He seemed nice though. I don't remember much else about him except that Eun Sang went to him for a scholarship and that Kim Tan talked to him about something...

This guy (who's picture is below this paragraph), I haven't come around to remembering his name yet but I do find him cute! But the poor guy is stuck between Tan's & Young-do's fight. I wish him luck... 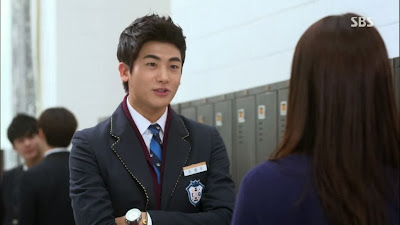 Their school! Oh my God, their school! My school was one of the best in the country and it had an amazing building but it's nothing compared to the school that these characters go to! It really is a school for "The Heirs"! 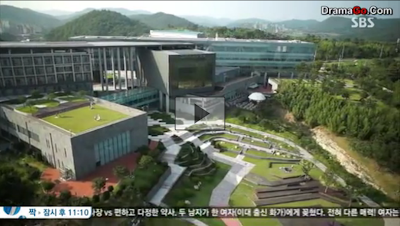 Honestly, I'm more interested in the stories of the side characters than I am in the main characters' stories. Either way, I'm really looking forward to where this show takes us!
Posted by Unknown at 10:05 AM