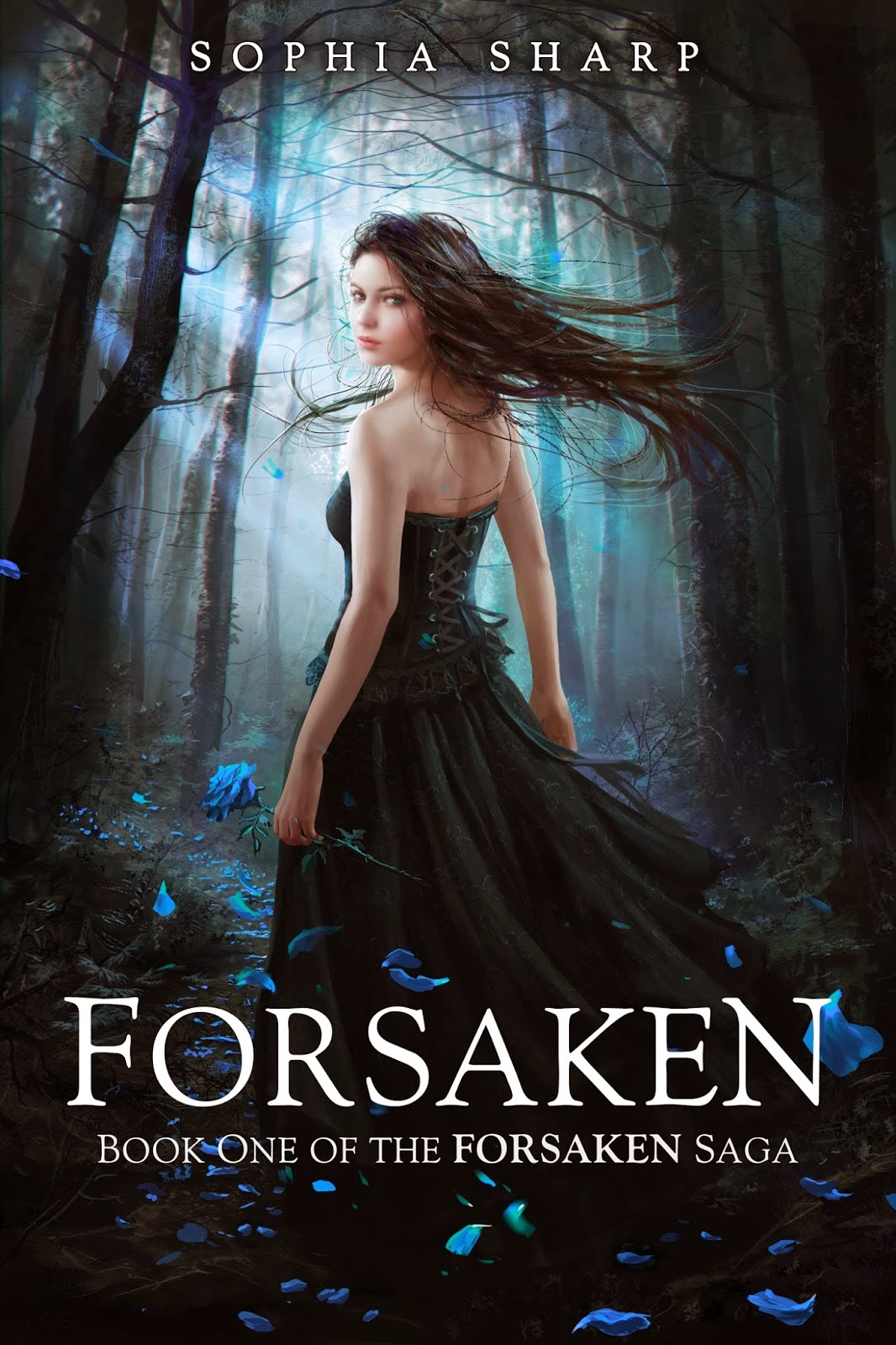 Nora Colburn was perfectly content in life. A junior in high school, she had good friends, a great family, and did well in school.  Nothing particularly exciting ever happened where she lived, and everything was stable.

But that all drastically changes when a new student arrives at Nora’s school. Wild rumors swirl about his past, and Nora becomes determined to find out the truth.

As she gets to know the mysterious student, he shares with her an ancient secret... one that may yet put both of them in grave danger.

And for the first time in her life, Nora is exposed to a completely unfamiliar world. She is swept away on an exhilarating journey that takes her to a place where romance and great destiny may yet await... and where supernatural powers run wild.

Hunter cut off with a strangled sound, and in an instant, he was at the door. “They’re coming,” he hissed over his shoulder.

“What? Already? You said we’d have until nightfall!”

“I was wrong.” He shut the door quickly and rushed to the opposite wall. “You need to hide.” He pulled back a board to reveal a small cubby in the wall. “Quickly!”

“Get in,” he told her, “and don’t make a sound.” Nora nodded. Her pulse raced, and a jolt of adrenaline kicked through her. A mixture of fear and dread came over her as she pushed herself into the wall. There wasn’t much space, and splinters and rough pieces of wood pierced her skin and got caught on her clothing. She wedged herself farther in.  Hunter replaced the board.

Light scattered in from cracks along the wall.  Nora pressed an eye to one of them. She could see the entire space between her and the entrance door. Hunter stood facing the door with his back to her. His feet were wide in a predatory stance.

Anxious minutes passed. Only Nora’s ragged breaths broke the silence, and they sounded as loud as hammers to her ears.

It creaked all the way open, and a tall figure stepped into the entrance. Nora’s breath caught. It was the same man from the dream, the same one she saw at the school.

“Where’s your friend?” the man asked Hunter crudely. He spoke with a harsh accent.

If it were possible, Hunter tensed even more. The man took a step forward. He wore the same long coat from before, the same dark hat. He and Hunter were approximately the same height. Leisurely, he started to take off his coat. Hunter still hadn’t moved.

The man dropped his coat in a pile at his side, and Nora saw that he was much thicker than Hunter. Bigger, more developed.

“Don’t try to hide her. I can smell her stench from here. I know she is with you.”

“You will not have her.” Hunter’s voice held a steely edge.

The man laughed. “Oh? Is that so?  And you think you’re going to stop me?” He laughed again. “You have broken the ancient creed by bringing her into our world. You will answer for your crime.  As will she.”

“You will not have her,” Hunter repeated, his voice filled with a deathly calm.

The man waved dismissively and took a step toward Hunter. “You cannot stop me,” he said. “And I don’t intend to take only her. You’ll be coming along, as well.”

“Oh, yes, I will take you both.” The man stood only a pace away from Hunter, now. “You cannot imagine what they will do to you. You will be bound in chains, locked away to never again see the dark of night or feel the cool rays of the moon. You will grow weak and feeble, forever barred from taking blood. You will never feed again.

“Your body will go first. Your muscles will wither to nothingness.  Your bones will crumble. You will become a shadow of what you once were. A shadow of what you could have been.
“But they will keep your mind sharp. Make no mistake, you will know you are suffering. An antidote will be administered, and it will stave off the madness that accompanies your deprivation. You will languish in misery, forever conscious of your mistake. That will be your sentence.  To suffer, until the end of time.”

The man took one last step, until he was nose-to-nose with Hunter. And he spoke just loudly enough for Nora to hear.  “But that pales in comparison to what they will do to her.”

“Yes, her. Your precious human.” He spat the word. Then he raised his voice. “I know you are here, little one. Listen well to what I have to say.”

He returned his attention to Hunter. “She will suffer for your sin. A human mind and body is much weaker than that of our kind, and for that reason…she will be converted. And sentenced to suffer eternally alongside you.

“You know of the savage bloodlust that overtakes a new member of our race, do you not? Oh, but I think you do. You were once one of them, were you not? You were born a human.” Again, he spat the word. “A despicable thing. A despicable creature to risk so much for, wouldn’t you say?”

Hunter didn’t say a word, and the man continued. “I will give you one chance. One chance now, to repent. Give her up freely, and the punishment for your treason will be less severe. You will be bound for one century, before your freedom is returned.” He put a hand on Hunter’s shoulder. “You know you cannot win. Is she worth an eternity in hell?”

Nora caught a furtive movement at the door. The other hunter. “No!” she screamed. It was a trap.

On Nora’s cry, both newcomers looked in her direction. Hunter curled back from the man’s hand and smashed an elbow into his face. The thick man stumbled back.

Then he laughed cruelly and flung himself at Hunter.

I've been writing stories for as long as I can remember. Actually, that's a bit of a lie. I've been writing since the third grade, when a wonderful teacher asked everyone in class to write a fairy tale, and ended up picking mine as his favorite. He didn't tell the other kids, of course - but confided it in my parents. He said I have a natural knack for writing (his exact words! and I remember them to this day), and should never stop. So, I've kept going..

I've mostly been keeping it to myself, though. I've never really thought about becoming an "author," or a "writer" (quotations because those goals are still so far away!), so never had the need to share with anyone or publicize my stories. But, I'm just finishing up my second year in college, and have really started to think about careers and life goals and such other mysterious things. And while my friends were all busy trying to get internships for the summer this year, I just kept to myself with my writing hobby. I don't have an interest in going out and working professionally in the "real world" -- I want to keep writing forever, and I want to have time to do it. The only way I see myself having that time, though, is by becoming a published author.

So there you have it. That's the abbreviated history of one Sophia Sharp. I've been working on a few young adult paranormal/fantasy novels for the past few months, and I'm putting them all up as soon as they're done! Why young adult? Because it's what I love to read. And why paranormal/fantasy? Because that genre gives the greatest opportunities for creating a magical, romantic, quixotic world that I can fall in love with.

I got a chance to read this book and I loved it! Also, the cover is so pretty! So you should deinitely check this out! And don't forget to enter the giveaway below! It's open internationally!

a Rafflecopter giveaway
Posted by Unknown at 12:00 AM