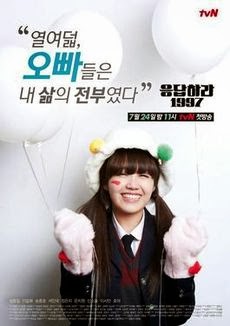 Synopsis: "Reply 1997" will focus on the extreme fan culture that emerged in the 1990s when idol groups took center stage and K-pop was blossoming. Moving back and forth between the ’90s and today, the story centers on the life of Seong Si Won, who idolizes boyband H.O.T, and her 5 high school friends.

My Thoughts: Aaaahhh!! I loved this drama sssoooo much!!!!!!

But, this drama is a very hard one to review without giving out any spoilers. That is why I'm going to do a GIF review!

Story: The story was basically your everyday life with a mix of emotions. And I loved every bit of it!

It made me laugh.

It made me cry.

It shocked me sometimes.

And at others it made me go

But most of all

I felt very nostalgic, watching this drama, even though I'm not Korean and I was too young in 1997 to remember anything from then. I guess that's the magic of this show :)

Romance/Relationships: The romance was so cute! And so mysterious! ;) I had an idea who the husband was going to be but even then I found myself doubting myself. The whole thing was very well played out, all the couples and everything. Loved the mystery of it! I would've died from the suspense if I had watched this ongoing! Well here are my emotions/thoughts on the romance and other relationships: 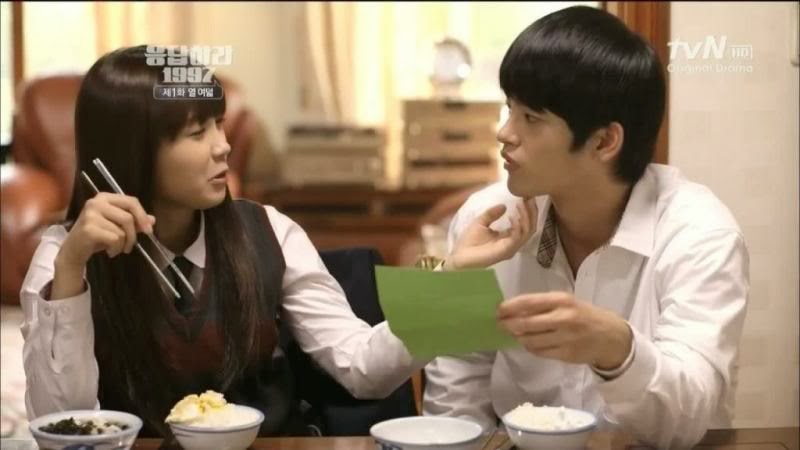 Me being such a bestfriend-romance fan, I was rooting for these two from the beginning! Their friendship was so sweet and they were adorable together! 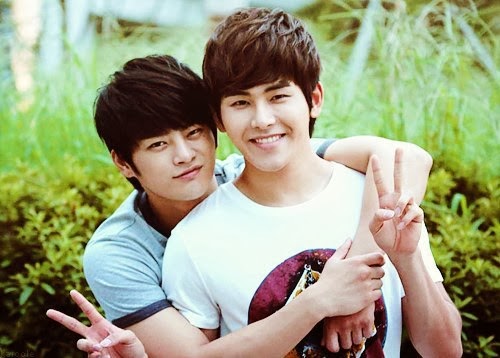 Their bromance was... ugh! I can't even describe how much I loved these two together! You'll know what I mean when you see the drama. 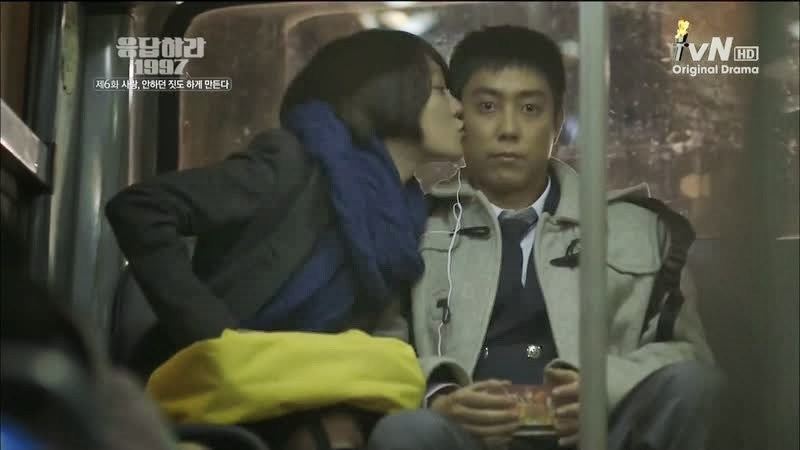 Their relationship was cute and funny and I enjoyed watching these two. 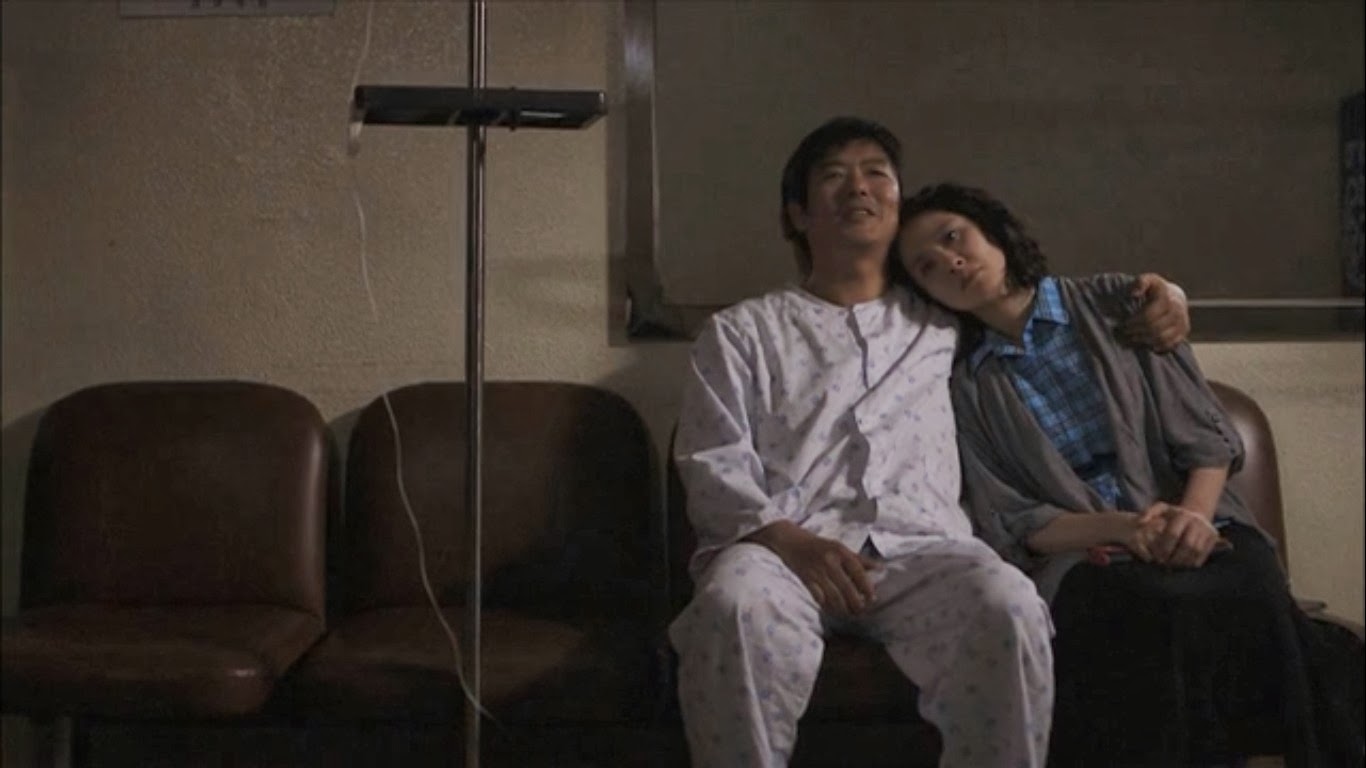 Probably my favorite couple in the whole drama <3 I loved these two! They were so adorable and they loved each other so much! 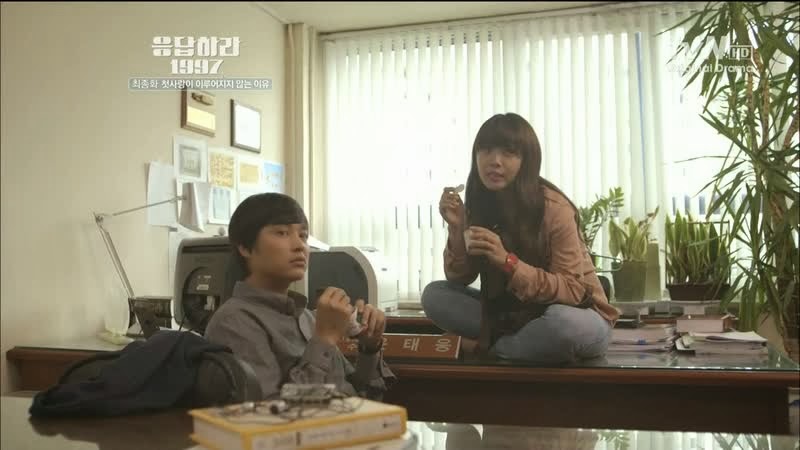 They were ok. I didn't hate them or anything. I just couldn't see them as a couple. They always seemed to me like brother and sister. 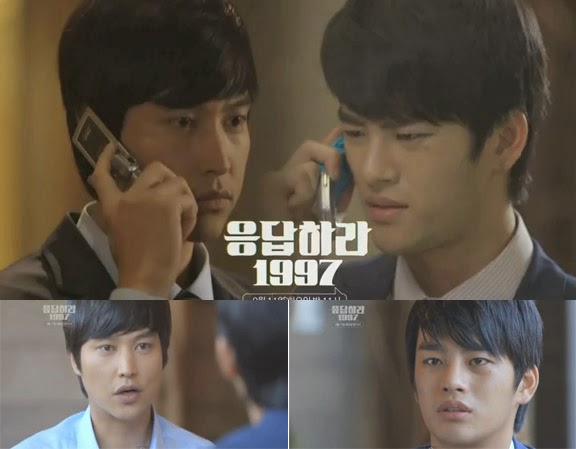 Tae Woong was a very good brother. And same can be said for Yoon Jae. I liked their relationship and I really didn't want it ruined because of a girl.

Charaters: The characters in this drama were very real and relatable. And the actors who played them did an amazing job! 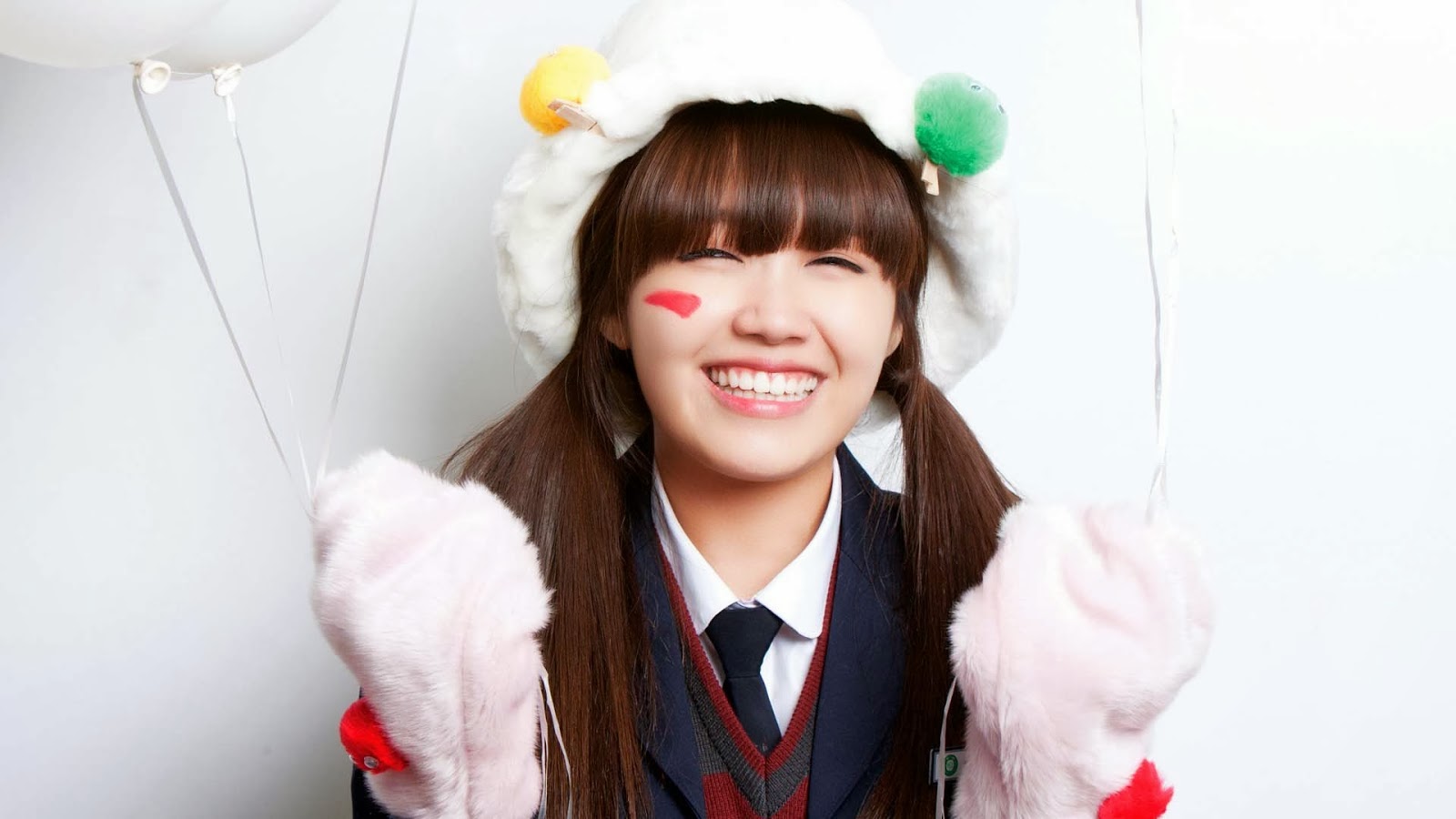 She was so cute and such a true fan girl! Jung Eun Ji's acting was amazing! And Shi Won was a very unique character. I mean, she was very different from your typical Kdrama female leads. Shi Won felt very real. How she didn't beat around the bush and was very straightforward. All this was very refreshing to see. 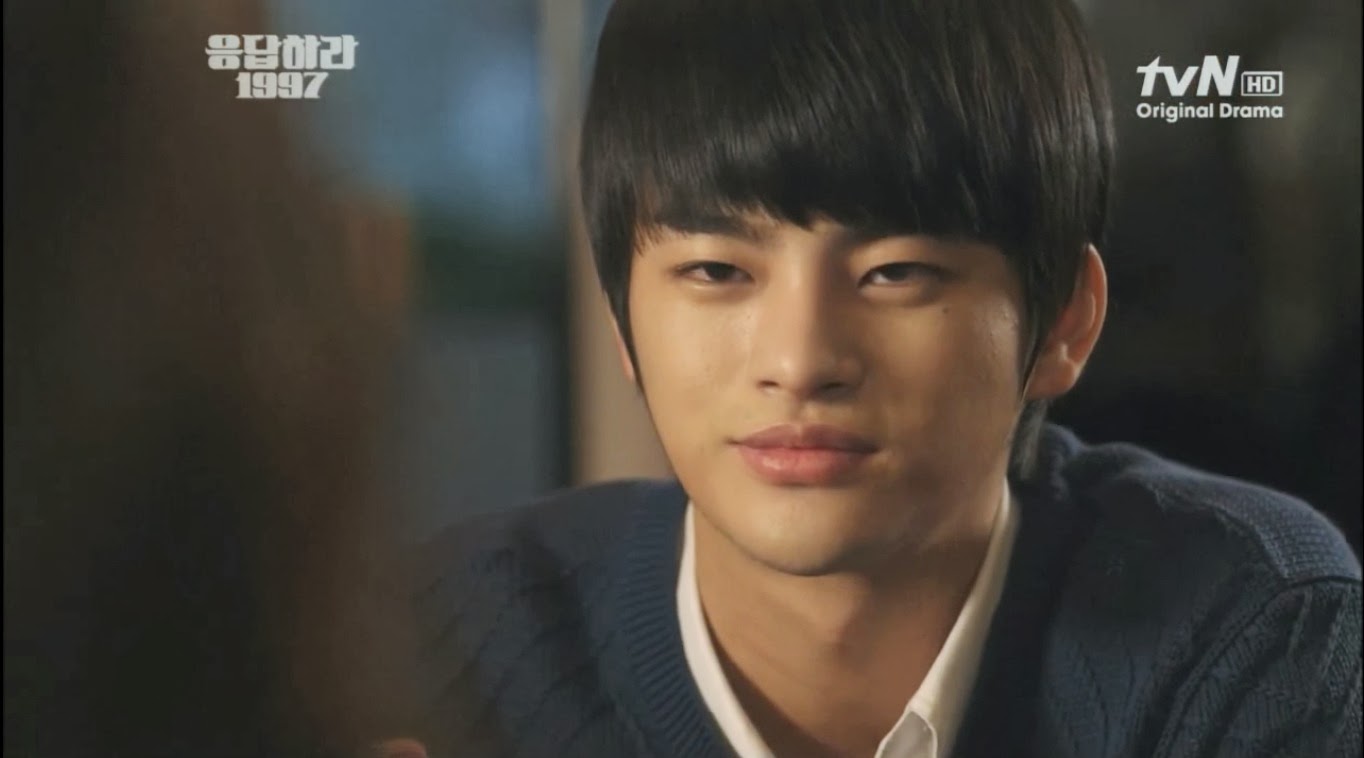 I first saw Seo In Guk in Love Rain and didn't really like him much. After Reply 1997, I saw him around a lot on blogs and tumblr but I still didn't get what the fuss was about. I mean, face it. The guy isn't that pretty. But after watching this drama I realise that all the praise Seo In Guk got, he deserved all of it! Not only was his acting amazing in this drama, he looked really cute! And Yoon Jae's character was a really good one too. He was a good boy. I'm so glad he wasn't another Jun Pyo or Baek Seung Jo. Don't get me wrong, I do love my Baek Seung Jo's! But watching a character who was closer to reality was nice too. 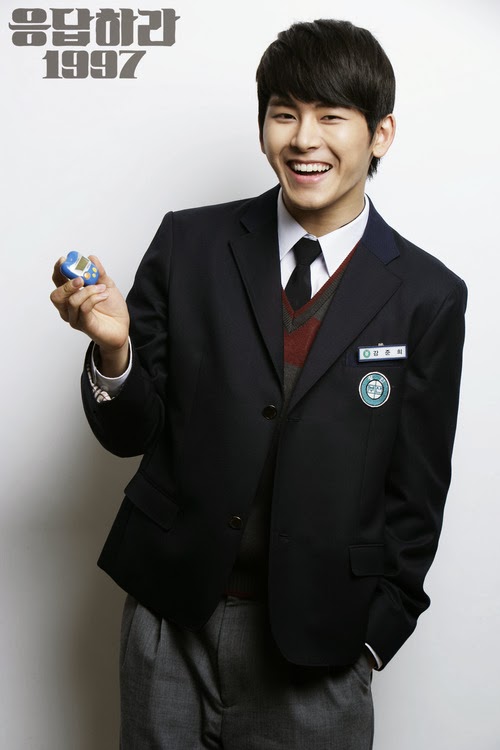 Awww! He was so cute! And I can't believe this was Hoya's first shot at acting! He did such a good job! I seriously loved his character! My heart went out to the poor guy. 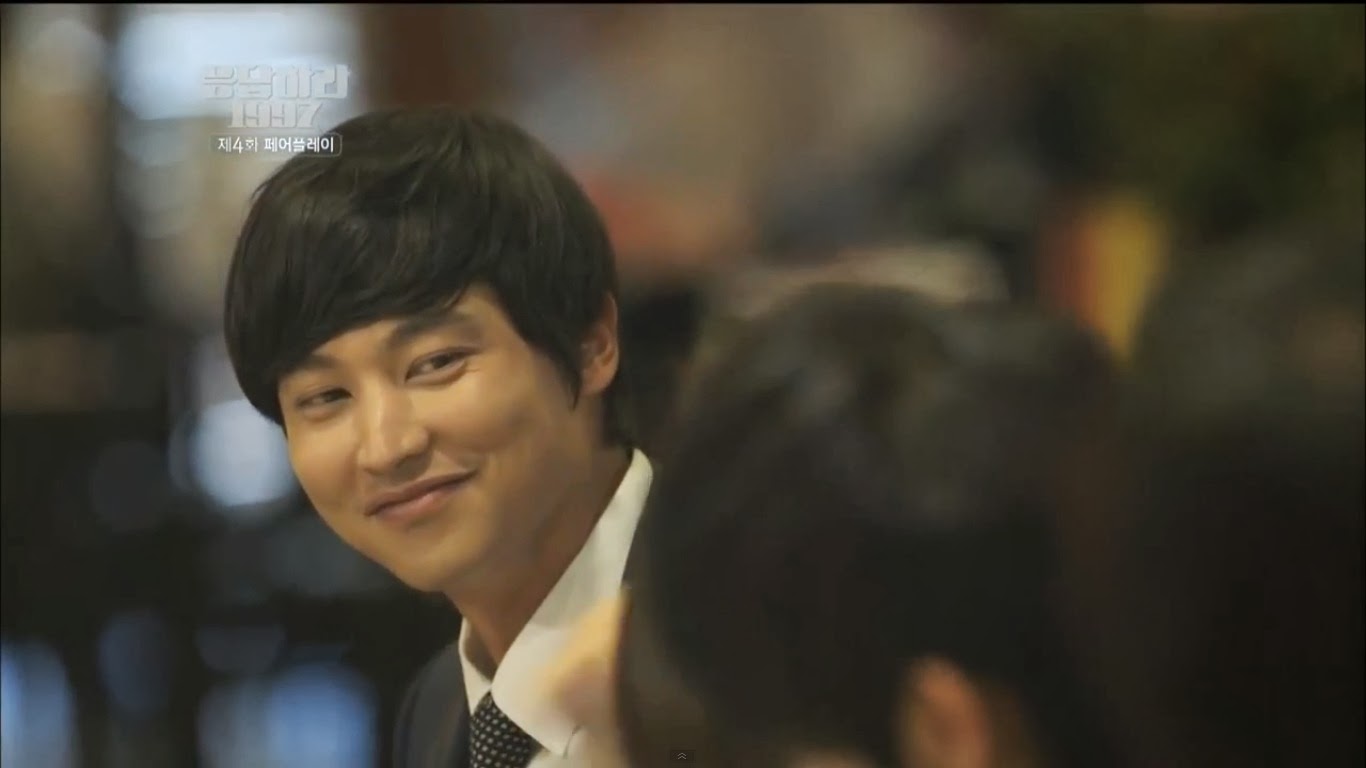 He annoyed me. I don't know why, he just did. He was a good brother, a good friend, and in general, a good person. But he still annoyed me...

He was funny and he had a good heart. But he did not look 18 years old. There's nothing more to say about him... I am glad though that he wasn't only used for laughs but was treated as a character.

All the other side characters were good too. And all of them were used very strategically. The whole drama, in fact, was very well thought out. And that is one of the reasons why it was so amazing.

Final Verdict: I loved this drama! It was very hard to say goodbye to it and I would definitely visit it again! And if you haven't watched it yet, you should go and watch it RIGHT NOW!