A while ago I had this MAJOR anime obsession (my brother is going through that phase now. I think he's got it much worse than I had) and during that time I watched A LOT of Anime. But I never reviewed them or really talked about them at all. Today I thought of doing a post showcasing some of my favorite Shoujo anime (anime aimed at young girls, 10-18 years of age) and ones that I'd recommend to others. These are in no particular order: 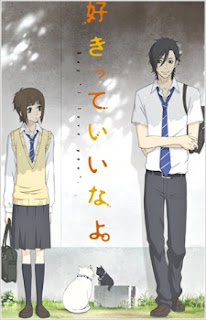 Sukitte Ii na yo/Say "I love you" was a really cute anime! I loved the characters and the story and I loved how they ended it properly instead of leaving it open-ended. I wasn't such a big fan of the animation though. The lead guy looked scary instead of handsome... but he was sweet. And I really enjoyed watching this one! 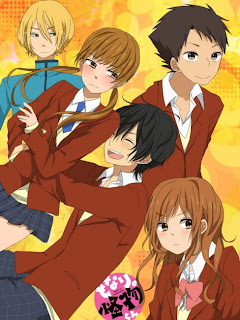 I loved loved loved Tonari no Kaibutsu-kun/My Little Monster! I've never had a huger crush on any anime boy than the one I had on Haru! Gosh, he's so cute! And his hair! I want to touch his hair! This anime was also really funny! I just wish they'd make a second season. Or I would have to read the manga to see what happens next... 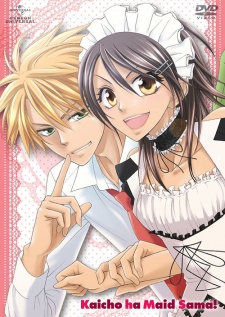 Kaichou wa Maid-sama!/Maid Sama! is the anime that introduced me to the world of shoujo anime. I loved this anime! It was recommended to me by 2 of my class mates when they heard that I like to watch anime. Before that I didn't watch many anime, I had only seen a few. But after Kaichou I got hooked! I loved Usui! He will forever remain on my list of fictional boyfriends <3 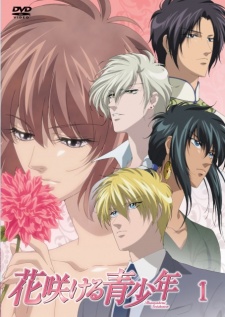 Hanasakeru Seishounen is an anime that I did review on this blog. It was very different from the usual types of anime that I watch. Besides romance it had a lot of action and politics in it too. But it was fun to watch and it had a pretty good story. To read my whole review click here. 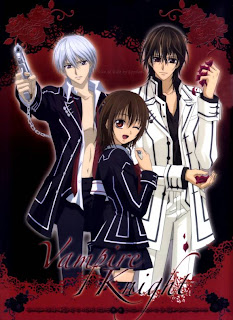 Vampire Knight, I think, is the first shoujo anime I ever saw. I really liked it at that time but looking back now, it wasn't that good. The story wasn't that amazing and the whole incest thing makes me feel uncomfortable. Either way, this is a very famous anime and if you don't have any problem with incest and like vampire romance then you should watch this. 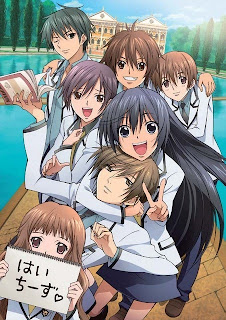 I watched this a while ago and I'm currently reading the S.A: Special A manga. I gotta say, I like the manga better. But the anime wasn't that bad either. The story is really interesting and the romance is sweet, albeit a bit slow. The story is somewhat like Kaichou's but I liked SA's better because it also includes stories about the side characters. 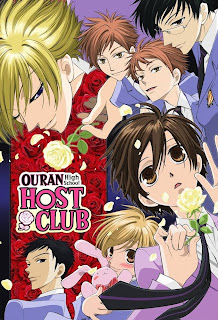 Ouran High School Host Club is one of the most famous anime around. BUT I didn't watch it all. It has 26 episodes and I think I made it to the low 10s but it was just way too slow! It was very funny, yes, but I wanted romance and there wasn't much of it. No wait, there was romance, it was just moving too slow. Then I read what happens in the later episodes and dropped the anime. So I'd recommend this if you want to watch something funny but have the patience for slow romance. 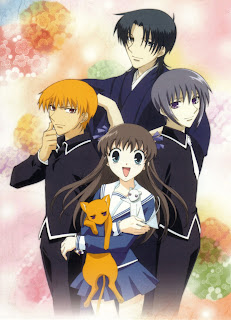 Fruits Basket/Furuba is an anime that has a special place in my heart. I don't know, there's just something so sad and pure about this story. I adore this anime! I love Kyo! One day when I get a cat of my own, I'll name him Kyo. I highly recommend this anime but prepare yourself for major feels! Don't worry, there's comedy too in between. And important life lessons. 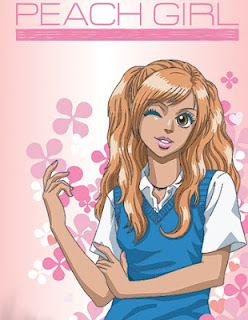 Peach Girl didn't seem like an anime. It seemed like an american cartoon. And since I watched it English dubbed, it felt more so like that. But the characters and situation also felt very American... I didn't watch this whole though. Only, I think, half of the episodes. I got sick of the drama. But I can see why people would like this anime. So if you are in the mood of something with teenage drama, you know Gossip Girl type, then you should give Peach Girl a try. 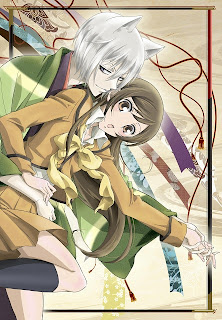 I LOVED Kamisama Hajimemashita/Kamisama Kiss! It has got a great story and awesome characters! It has comedy and mystery and magic. It is definitely one of my favorite anime! I wish they would make a second season for this one... I'd highly recommend Kamisama if you want to watch something with romance, comedy and magic! 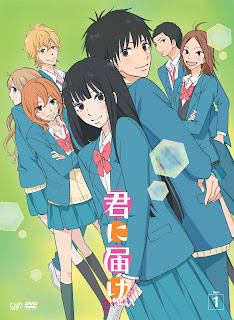 Kimi ni Todoke/Reaching You was such a sweet anime! But it's really slow. That is why I dropped the anime and watched the movie instead. But the story really is very sweet and the characters are very real. I would highly recommend this anime, that is if you have the patience for it. If not, then I would suggest that you should watch the movie. Because the story really is very nice and cute! 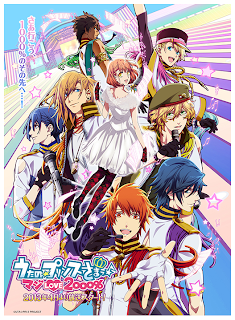 I really liked the music in Uta no Prince-sama. The story isn't that bad either. But I really don't like the lead girl. But that's OK because there are so many gorgeous boys surrounding her that I don't have to look at her. ;) Anyway, I would recommend this if you want to watch an anime with good music and pretty boys in it. It has a second season too but I haven't come around to watching it yet. 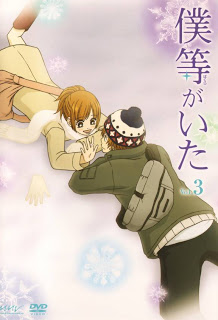 Just like Fruits Basket, Bokura Ga Ita/We Were There holds a very special place in my heart. The story was so sad and happy and just amazing! The anime is open-ended but I watched the movie too so I know what happens next. It's a really wonderful story and I would highly recommend it. But prepare yourself for major feels! 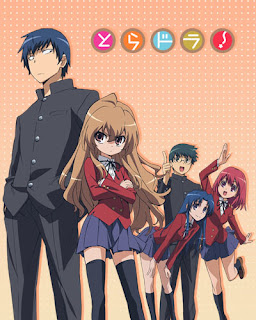 Toradora! was sweet but very slow. The story is nice and I really enjoyed watching this one. So if you want to watch a lighthearted romantic comedy, I would recommend Toradora. 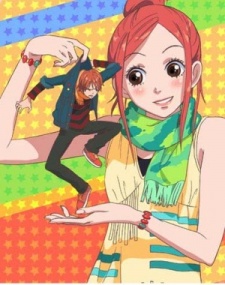 Lovely Complex/Love Com is such a sweet and cute anime! I didn't watch it all because I had seen the movie but the story is really adorable! The characters are funny and this anime is highly recommended if you are in the mood of a good romantic comedy/friends-turned-lovers story! 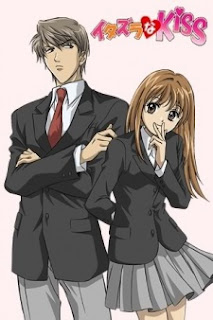 Do I really have to talk about Itazura na Kiss? I think almost everyone knows about it. It is one of the most popular stories out there! The manga has been adapted into an anime, 2 Japanese dramas, 2 Taiwanese dramas and a Korean drama. This was recommended to me by a friend though. I hated the male lead! But there is just something about this story that makes you keep watching it. The girl is dumb as hell and abused by the guy. I hate such stories! But I don't know what there is about Itazura na Kiss, it works. And works well, seeing as I sacrificed my sleep to watch it. 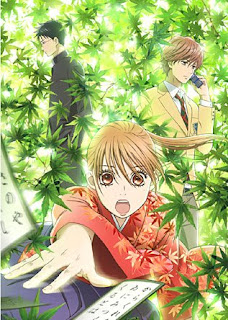 Chihayafuru focuses more on friendship than love. It also involves sports. These are the two reasons I stopped watching it because at the time I waned to watch something romantic and I'm not much into sports. But the story of this anime is really touching and it is a really good anime. So if you like sports and don't mind the anime not being that romantic (it does have romance, but not a lot and really slow) then I would recommend watching Chihayafuru. It as good life lessons and tells the importance of friendship.

And here you have it! I hope this list helped you! :) If you have any more recommendations, then comment below!
Posted by Unknown at 11:26 PM