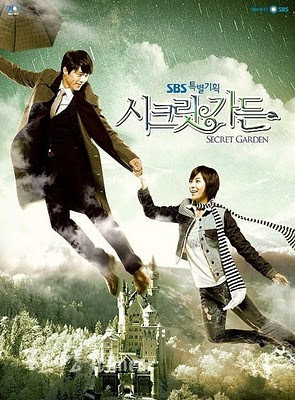 Synopsis: The drama tells the story of Kim Joo Won (Hyun Bin), an arrogant and eccentric CEO who maintains the image of seeming perfection, and Gil Ra Im (Ha Ji Won), a poor and humble stuntwoman whose beauty and body are the object of envy amongst top actresses. Their accidental meeting, when Joo Won mistakes Ra Im for actress Park Chae Rin, marks the beginning of a tense, bickering relationship, through which Joo Won tries to hide a growing attraction to Ra Im that both confuses and disturbs him. To complicate matters further, a strange sequence of events results in them swapping bodies.

My Thoughts: OhmyGod I loved this drama so much!! My new favorite <3 I've been going around recommending this to anyone I know who watches Kdramas. I've been talking about this drama with my mom for days! So much so that my mom has started ignoring me in the hopes that I would go away. And I eventually did. To rant about this drama to you guys! 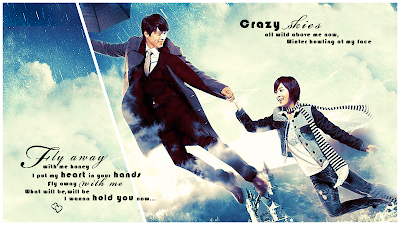 Story: The story was amazing! It was very different than the other Kdrama stories. Well for one, the guy fell for the girl first instead of the other way around, which is usually the case in Kdramas. The girl wasn't weak, didn't cry all the time, wasn't stupid, wasn't clingy etc. She was strong and independent and I loved that about her! Then there was a little magic and fantasy involved which was a nice change. 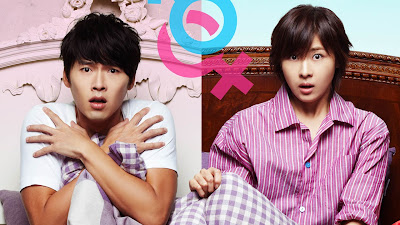 It wasn't all different though. There was a mysterious past which connected both characters, love triangles and other stuff which are usually found in kdramas. But they were very well executed in this drama so it didn't seem over-done or the same. 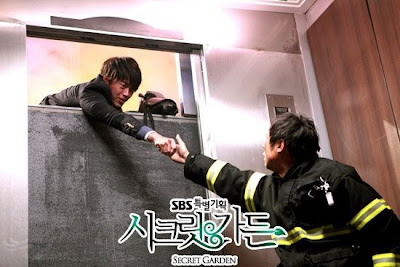 One thing I really really loved about this drama was the pace at which it moved. Usually, I've seen, kdramas move either too slow or too fast or a mix of both which has been a cause of frustration for me with a lot of dramas. But Secret Garden moved at such a good and comfortable pace, I loved that! My mom watches kdramas with me but she doesn't watch each and every episode. She watches one episode then skips 2-3 and I tell her if she missed anything important. Usually I'm OK with that because nothing much, of importance, happens in those 2-3 episodes so I don't have to tell much. She did the same with Secret Garden but so much happened in one episode that I got frustrated and told her to watch it with me if she wants to know what happens as I cannot tell her all that has happened. That doesn't mean that everything happened too fast, it means that it happened neither too fast nor too slow. It happened at just the right pace. 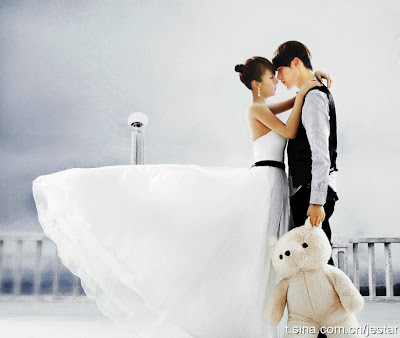 Actors & Characters: The actors were all so amazing! This drama had a great cast! Especially the two leads. Hyun Bin and Ha Ji Won did such an amazing job! This is the first time I've seen both of these actors and I was very impressed with their performance. 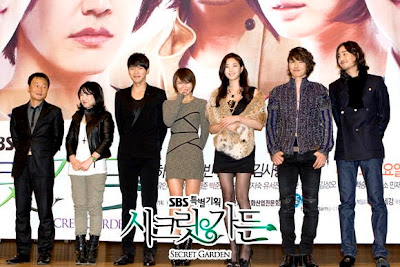 Hyun Bin!!!!!! OMG I'm in love with this man!! I know he's 13 years older than me but hey, I love Ian Somerhalder and he's 17 years older than me! So age is just a number, it has no importance when it comes to love. Though it is a different matter that in reality a relationship with such a huge age gap would be too weird, at least for me. But this is just imagination so it's fine ;) But HYUN FREAKING BIN OHMYGOD!!!! 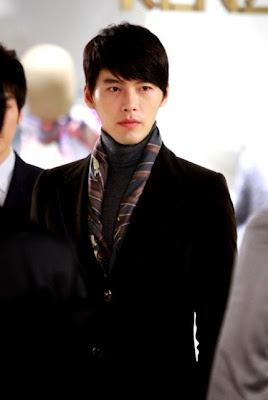 This man has got style! He held himself so perfectly and did such an amazing job playing a chaebol! The way he walked, the way he talked, the way he stood, everything screamed "He's a narcissistic, spoiled, rich brat!". But his character was also so sweet and cute and nice!!! He had an innocent side to him, despite being arrogant, and I love him so much! Hyun Bin is such a freaking amazing actor! The way he looked at Ra Im had me convinced he was actually in love with her. That elevator scene, oh my God don't get me started on that elevator scene! His performance was so good! And then when he turned into Ra Im. His acting then was amazing too! This role was a pretty hard one, it had a lot of elements combined and the character was a diverse one but Hyun Bin did such an amazing job! He really did justice to a great character. He's more than just a pretty face, much more. 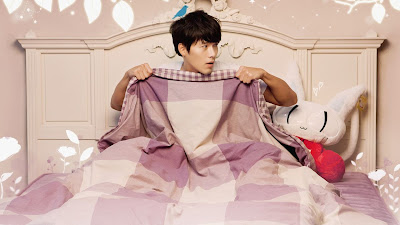 I loved Gil Ra Im! She was strong, independent and confident and I loved how she fought back. Ha Ji Won played this character so well! Ra Im was bad ass but she also had this teenage girl side to her. I honestly loved her as a character, hers is a character that I'll probably remember for a long time. I haven't really seen many great actresses in the Korean industry. One whom I really admire is Yoon Eun Hye but that as far as my 'favorite Korean actress' list goes. I guess it's still too early to say as this is only my first Ha Ji Won drama but I think she has made it to that list too. She did the fighting scenes splendidly! She was not shy of kissing scenes either. And she did the emotional acting really well too. I loved her performance in the drama! 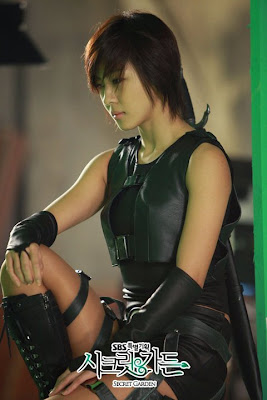 Oska Oppa! Oska was such a funny and adorable character! I never thought I would call a 35 year old man "adorable" but that's what he was! He was so lovable and (these are my mom's words) really balanced Hyun Bin's character. He really loved Joo Won as a brother and it showed. Their brotherly love was so sweet! And he was so cute with Yoon Seul! He was a playboy who fell in love. I even loved his narcissistic comments, he wouldn't have been Oska without them. I felt that he really liked Ra Im as a younger sister. Their conversations were really cute! 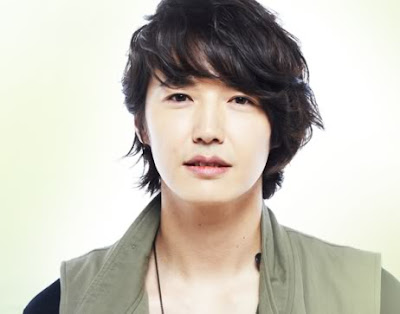 Yoon Seul is so pretty! I guess she would be since she was Miss Korea in 2000. Hers was a character I loved and hated. I felt sorry for her but was frustrated with her too. I'm not going to say much more since I don't want to give out any spoilers but like all the other characters in the drama, I liked her too. 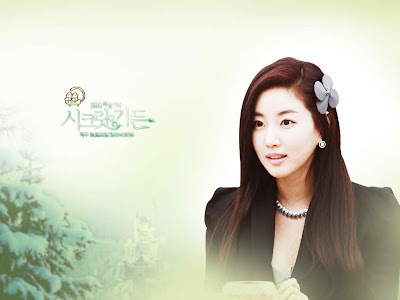 Han Tae Sun was a really mysterious character. I mean they never said who he was, where he had come from and his personality was really mysterious too. Mysterious enough that you'd want to get to know him better. That is why I wish he would've been there a little more, that we had gotten to get to know him a bit better. Anyway, Lee Jong Suk did a good job playing him. The expressions that he made, I really loved those! He was always angry but he looked cute angry. And he acted being gay really well without overdoing it. So an applause for the cute and mysterious Lee Jong Suk as Han Tae Sun! 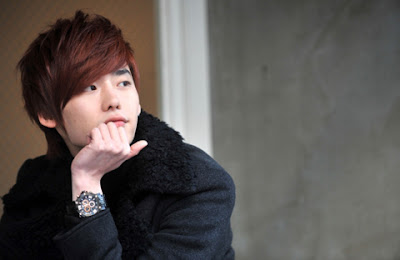 I loved Secretary Kim & Ra Im's best friend! They were so cute and funny and just adorable! There's not much to say about them, it was evident they cared about their friends, Secretary Kim about Joo Won and Ah Young about Ra Im. They were amazing side characters and I think the actors did a great job playing them! 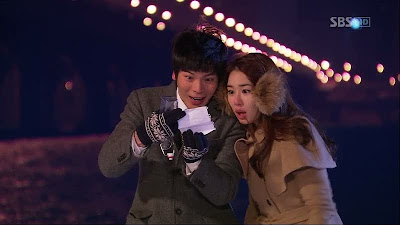 The other side characters were good too. Joo Won's mom was EVIL! Oska's mom was better, I think. At least she let her son have freedom. I liked Director Im, he cared a lot about Ra Im... it was sweet. And he provided a good rivalry for Joo Won so I liked that too. The guy who was trying to take Joo Won's place, I think he was in love with him! :P No seriously though, he did care about him. And admired him. I guess he was just a bit jealous... 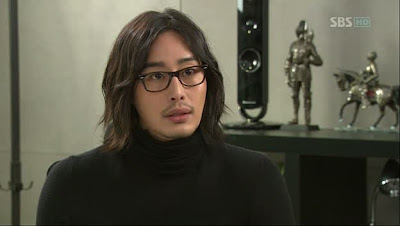 Other Stuff: The humor was really good in this drama! When you've got 2 characters switching bodies there's a lot of potential for comedy. But it wasn't just that. Not only did Hyun Bin and Ha Ji Won did a splendid job but the other characters made me laugh out loud too. One of them is Oska, as I've mentioned before. But Secretary Kim, Ah Young, and Ra Im's action school people were really funny too! 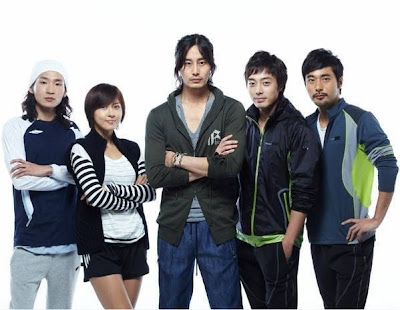 Another thing I really loved in the drama was the reality of feelings in it. The misunderstanding between Oska and Yoon Seul was believable. The actions of the characters were natural. Like Oska wanting to save Joo Won instead of Ra Im. Joo Won's mom not accepting Ra Im even at the end. All of them were believable and real. Even if this was a fantasy drama the reality in it was maintained like it is in Harry Potter and I really loved that. 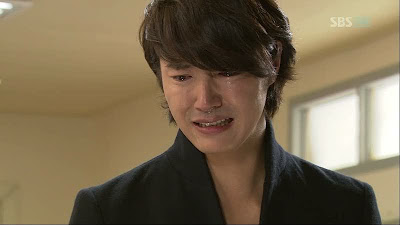 I wish I could write more but this review has already gotten very long. Instead I'll leave you with some pictures of my favorite scenes: 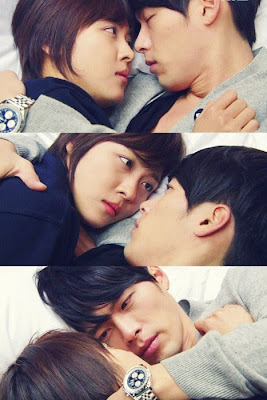 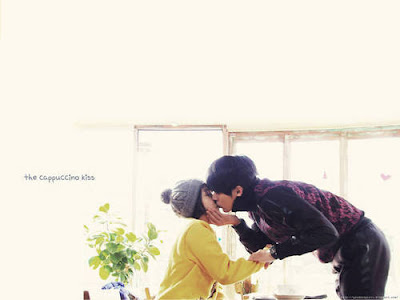 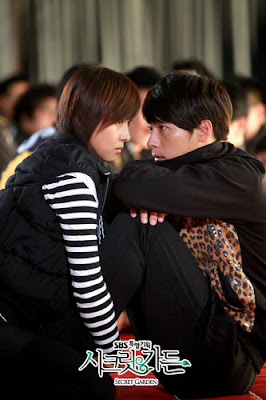 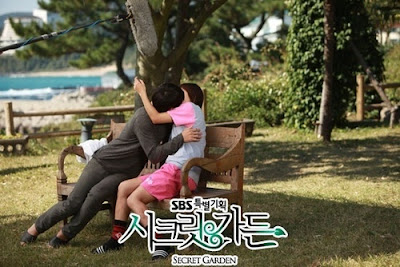 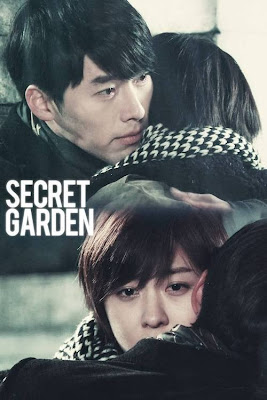 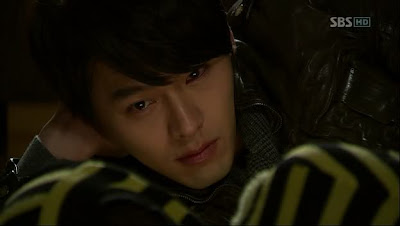 Oh and I loved Ra Im's "Munja Wa Shong" ringtone! It's my sms ringtone right now :D And Joo Won's song with which he distracted himself was so cute. Especially the way Hyun Bin recited that <3 And Joo Won's lines "Is this the best? Are you sure?" and the thing he says about his tracksuits <3 And I'll stop the fangirling now :P Now go and watch Secret Garden! Enjoy! 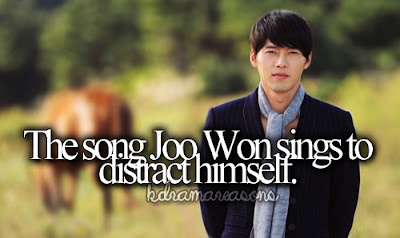