In honor of the release of Allen Wyler's new thriller novel, Deadly Odds, I and Astor & Blue Editions are hosting a giveaway for his medical thriller, Deadly Errors. Please read below for more information.

Synopsis for Deadly Odds: Bestselling author, Allen Wyler, (Dead End Deal, Deadly Errors, Dead Ringer, Dead Wrong) is back with a new breakout suspense thriller with a techno edge, Deadly Odds. Twenty-three year old Arnold Gold is a Seattle-based odds-maker and local computer genius. Described as a 'part-time hacker and full-time virgin' by his friends, the awkward young shut-in flies to Vegas to try and get lucky in more ways than one. But his high stakes activity on the Net inadvertently thrusts him into a vortex of international terrorism.
Dark Net Hacking has resulted in murder, and now it will take every last bit of Arnold's genius intellect and legendary hacking skill to stay one step ahead of the murderous terrorists, the FBI, the local cops and his lawyer. Gold's only chance to save himself is to find the location of a bomb hidden somewhere in Vegas, and somehow prevent the explosion that will turn Sin City into the scene of the deadliest terror attacks since 9/11.Wyler's wild new thriller is as horrifyingly plausible as it is darkly funny and enjoyable. Deadly Odds is not only a page-turner, it's a terrific character-driven story about a young man who lives life through a computer and discovers its dark side. Edgy, twitchy and filled with enough tech savvy detail to keep both the techno-thriller and classic suspense fan enthralled, Deadly Odds is a new generation's thrill ride." 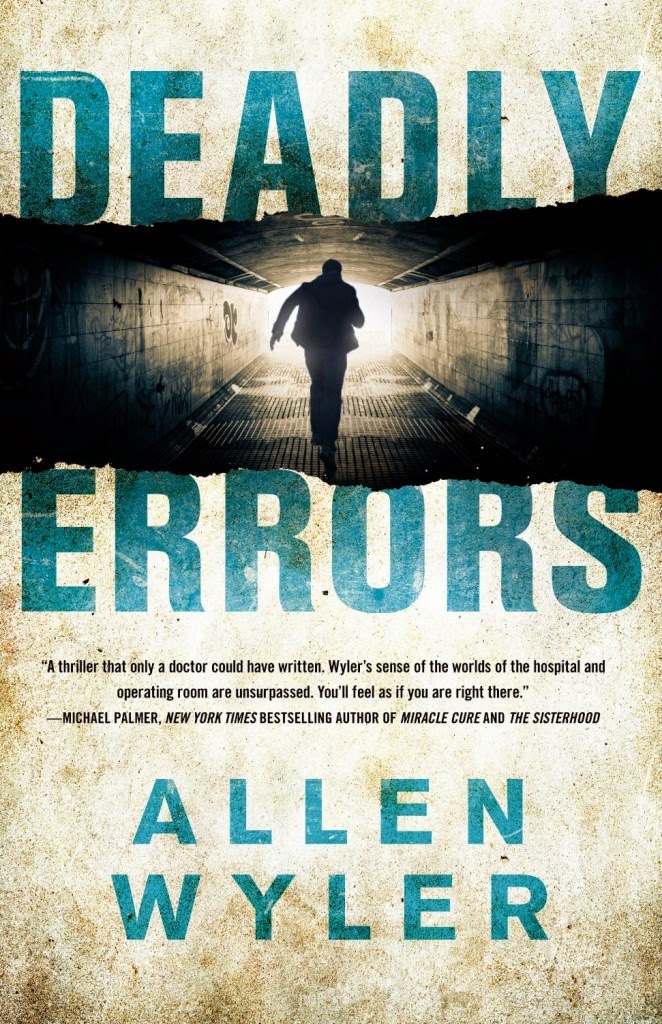 Synopsis for Deadly Errors: A comatose man is given a fatal dose of insulin in the emergency room, even though he isn't diabetic.  An ulcer patient dies of shock after receiving a transfusion of the wrong blood type.  A recovering heart patient receives a double dose of medication and suffers a fatal heart attack.

Brain surgeon Dr. Tyler Matthews suspects that something is seriously wrong with the hospital’s new Med-InDx computerized medical record system. But he doesn’t suspect that there’s something murderously wrong with it.

As Matthews begins to peel back the layers of deception that cover the deadly errors, he crosses powerful corporate interests who aren’t about to let their multi-billion dollar medical record profits evaporate. Now a target, Matthews finds himself trapped in a maze of deadly conspiracy, with his career, his marriage, and his very life on the line.

Once again, Wyler blends his unparalleled expertise as a world-class surgeon with his uncanny knack for suspense to create a true best-of-breed medical thriller. Deadly Errors is a lightning-quick action procedural that is destined to win new fans to the medical thriller genre.

"A thriller that only a doctor could have written. Wyler's sense of the worlds of the hospital and operating room are unsurpassed. You'll feel as if you are right there."

“Deadly Errors is a wild and satisfying ride! This is an ‘up all night’ pass into troubled places that only hard-working doctors know about, a turbulent world of trusting patients and imperfect humans struggling with the required image of perfection.”

Allen Wyler is a renowned neurosurgeon who earned an international reputation for pioneering surgical techniques to record brain activity.  He has served on the faculties of both the University of Washington and the University of Tennessee, and in 1992 was recruited by the prestigious Swedish Medical Center to develop a neuroscience institute.

In 2002, he left active practice to become Medical Director for a startup med-tech company (that went public in 2006) and he now chairs the Institutional Review Board of a major medical center in the Pacific Northwest.
Leveraging a love for thrillers since the early 70s, Wyler devoted himself to fiction writing in earnest, eventually serving as Vice President of the International Thriller Writers organization for several years. After publishing his first two medical thrillers Deadly Errors (2005) and Dead Head (2007), he officially retired from medicine to devote himself to writing full time.
He and his wife, Lily, divide their time between Seattle and the San Juan Islands.

Rules:
Prize:
a Rafflecopter giveaway
Posted by Unknown at 12:00 AM