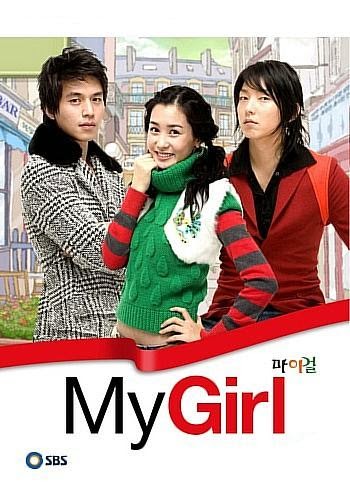 Synopsis: When Gong Chan meets the lively and beautiful Yoo Rin, he finds out that she has connections to his missing cousin, whom his grandfather has been searching for. He asks Yoo Rin to lie about being his long missing cousin until he can find his real cousin. She says yes, but soon their feelings for each other get in the way of their plans. Gong Chan's friend, Jung Woo falls for Yoo Rin while Gong Chan's ex-girlfriend, Seo Hyun, a pro tennis player, tries to win him back. Will the two ever tell each other how they feel? Will Gong Chan ever find his real cousin?

My Thoughts: It's been a while since I laughed this hard while watching something. This drama did become serious towards the end but overall it was really good and I enjoyed it a lot!

Story: The story was a contract-relationship type story except this time the girl was supposed to be a cousin. Even then it did have those cliche scenes you usually see in contract-relationship dramas. They did make for some great laughs though. I loved the humor! It made me actually laugh out loud which is rare for me. So yeah, ten points for good humor. The mystery surrounding the real cousin was good too. I wasn't a big fan of the love triangle square but it didn't bother much if I focused on the main couple. The pacing was good though it did become a bit slow towards the end. Or maybe I felt that way because it the story got serious. Overall though it was an interesting and enjoyable story.

Characters: I loved Joo Yoo Rin & Seol Gong Chan! And Lee Da Hae and Lee Dong Wook did a great job playing them! I especially loved Lee Da Hae's performance. I haven't seen her in anything before so I wasn't expecting much but she did a wonderful job! She made Yoo Rin likable, even lovable! Yoo Rin was a liar and swindler but her heart wasn't bad. And Lee Da Hae made sure everyone knew that from the start. Yoo Rin was funny and bubbly but the best thing I like about her is that she was smart! You don't see many smart girls in these type of dramas but Yoo Rin was smart and independent and Gong Chan was the innocent one.

That brings me to Gong Chan. The writer broke a lot of stereotypes with Yoo Rin's and Gong Chan's characters. Usually, in these type of dramas, the guy is controlling and rude. He doesn't respect the girl and if he starts liking her then he treats her even more badly. That wasn't the case with Gong Chan though. He was genuinely a nice person. He did care about others. Sure, he was rude to Yoo Rin sometimes but I never felt like it was too much or it was to hurt her. He was also innocent and really really cute! I've only seen Dong Wook in Roommate, which is a variety show, so I didn't know of his acting abilities. But he did a pretty good job here! His expressions were spot-on!

The other two corners of the square, Jung Woo and Se Hyun, I spent most of my time ignoring them. I felt like Jung Woo didn't respect Yoo Rin. He was always like "I'll make her be with me." "I won't let her go." and stuff like that which really made me think lowly of him. And Se Hyun was Se Hyun. Your typical, manipulative, second lead ex. So I obviously hated her. The actors who played these characters were okay. Not very good but tolerable.


Romance: Lee Da Hae and Lee Dong Wook have great chemistry but I enjoyed watching their friendship more than their romance. I loved their relationship! They were like best friends and I loved seeing their friendship grow. Both of them were really cute and their scenes were my favorite ones!

Overall: I really enjoyed watching this drama! Even if it is almost 9 years old, it seems new and fresh. It is very well-written and I would highly recommend it for fans of romantic comedies and fake relationship dramas!
Posted by Unknown at 12:00 AM