Title: Boku no Hatsukoi o Kimi ni Sasagu (I Give My First Love to You)
Writer: Kenji Bando. Based on the manga by Kotomi Aoki
Director: Takehiko Shinjo
Producer: Mitsuru Komiyama, Mika Nakamura, Hiroyasu Murakami, Fumihiro Hirai
Main Cast: Masaki Okada as Takumi Kakunouchi, Mao Inoue as Maya Taneda
Genre: Drama, Romance, Tragedy
Release Date: 24 October 2009
Running Time: 122 Minutes
Language: Japanese
Links: IMDb ~ Wikipedia ~ Amazon
Synopsis: As a child Takuma is diagnosed with a heart condition that requires care from a cardiologist. He soon becomes friends with his doctors young daughter Mayu while being treated at the hospital. One day Mayu overhears her father saying that Takumas condition is serious enough that he most likely wont live beyond the age of 20. Takuma isn't aware of this himself, however, so at 8-years-old he makes a promise to marry Mayu when they turn 20. Later in life, Takuma becomes aware that he wont be able to keep this promise and he begins distancing himself from Mayu in hopes of protecting her.

My Thoughts: This movie made me cry so much! I've never cried this much while watching a movie since A Walk To Remember. And, though the stories kinda matched (in this the boy had a serious disease, in AWTR the girl did), I think this story was much more sad. Because in AWTR there wasn't really any hope for Jamie to survive. But in IGMFLTY (Yeah, I can't write the whole thing =P) the writer was like "The boy is going to die. No wait, it's ok! He'll be alright. There's still hope... Haha! Just kidding! He really is going to die." So my heart went like "No, he's going to die! But he's so sweet! Why do nice people always have to die?" Then it was like "OMG he can be saved! I knew they wouldn't break my heart like this!" And in the end it was like "Noooo!!! Why do you have to break my heart, stick it together and then break it even harder?!! If you had to kill him, why give me hope first?"

Ok, so I hadn't read the manga before (still haven't) and I have no idea if this has an anime or not. So I didn't know the story at all. I saw this while searching for a movie (I think) and decided to watch it since it looked good. I'm so glad I did! I don't know if the cast is like the people in the manga, but they were pretty good actors.

The romance was so sweet! Takuma and Mayu were lovers since they were kids and when you've loved someone for so long, it makes it all the more harder to let them go. Takuma was such a sweet, nice and innocent guy. And he had such a positive attitude even when he knew he was going to die. He was a sweetheart ♥ Mayu was a perfect match for him. She was a headstrong girl who didn't give up easily.

When I first saw Kou, I was like "That guy needs a psychiatrist!" But what happened to him was really sad. He may have seemed like a crazy guy, but you could also see that he was good at heart. And he had had a rough life. But that doesn't stop me from wishing that Takuma would've gotten Kou's heart, even if it seems selfish.

My favorite part of the movie was when Takuma awakens for one day to take Mayu to their "honeymoon". I kept laughing and crying throughout because I was happy that they got a special day together but I also knew what awaited them at the end of the day.

This was an amazing movie and I highly recommend it if you are not afraid to watch romantic tragedies. But I must warn you, keep your tissues with you while watching it! 'Cause my tears started as soon as the movie did and ended long after the movie had. 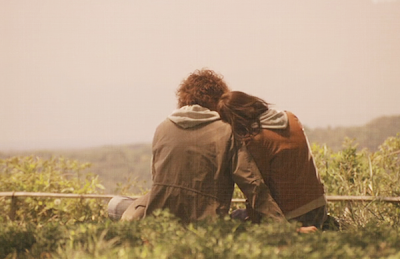