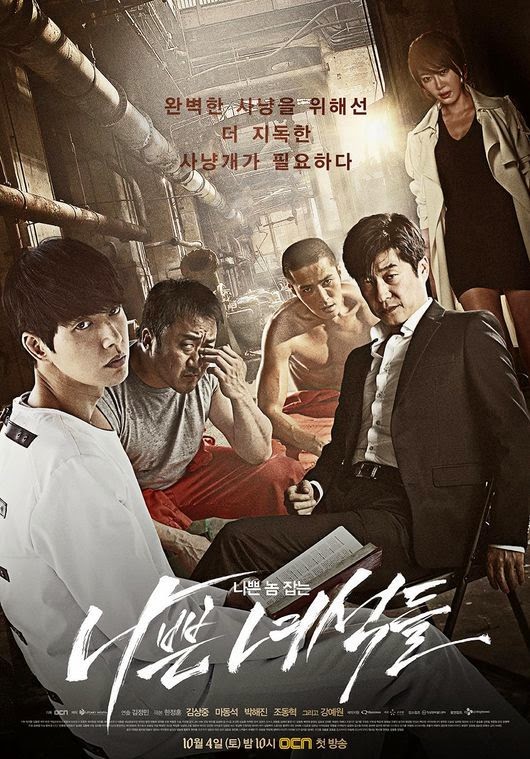 Synopsis: To combat rising violent crimes, the Police Chief asks Detective Oh Goo Tak to form a team consisting of criminals. Detective Oh Goo Tak is currently suspended from the police force for using excessive force. Detective Oh Goo Tak gathers team members: Park Woong Cheol who is a gangster, Lee Jung Moon who is the youngest serial killer with extraordinary intelligence and Jung Tae Soo who is a contract killer. Also, Police Inspector Yoo Mi Young joins the team. She tries to have the guys work as a team by dealing with them rationally and sometimes emotionally.

My Thoughts: Bad Guys was unarguably one of the best dramas I watched this year. Every episode kept me on the edge of my seat and there was never a dull moment. It had great acting, as awesome story and expert direction and camera work. 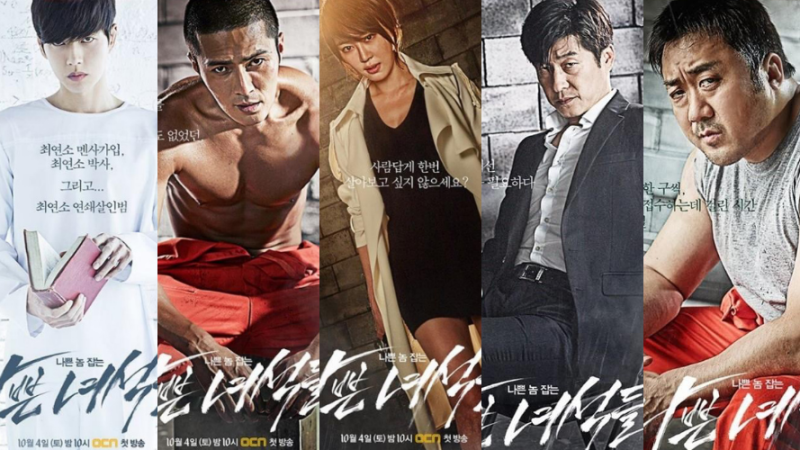 Story: The story was really well-written! It had a lot of suspense and some really heartfelt moments. The bromance between these four men was great and I loved how each person had his own story. The thrill and action was gripping. I have never liked fighting scenes but the ones in this drama were intense and I found myself immersed in them. The mystery of Lee Jung Moon and Oh Goo Tak was very interesting and I loved how it all played out. All in all this drama was extremely well-written and well executed. 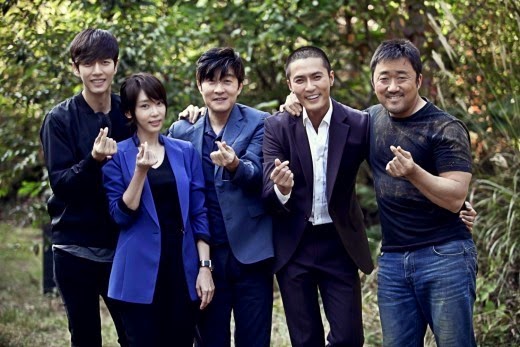 Actors/Characters: The cast in this drama was amazing! Everyone, even the side and not-so-important characters, did a great job! All characters were written really well and the actors fit into their roles perfectly. These characters were very real, each had his back story, each had feelings and emotions and it was easy to get attached to these characters and feel the pain they were feeling and be happy for them when they were happy. 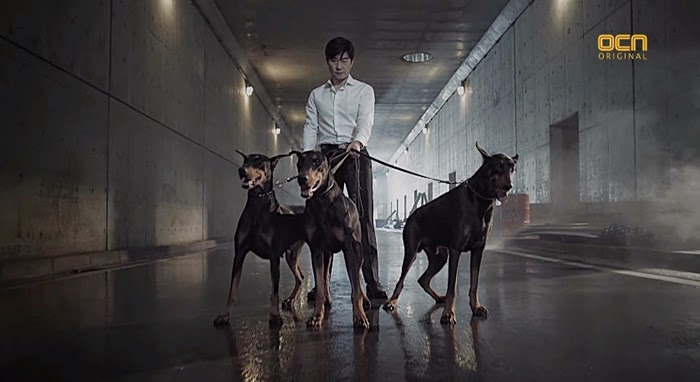 Kim Sang Joon played Oh Goo Tak so well! I've only seen him in City Hunter and I loved him there! He didn't disappoint here either. Oh Goo Tak was a complicated character, like most characters in this drama, and most of the time I didn't know if I liked him or not. I did feel sorry for him. He was a very interesting character and always kept me guessing what was on his mind. 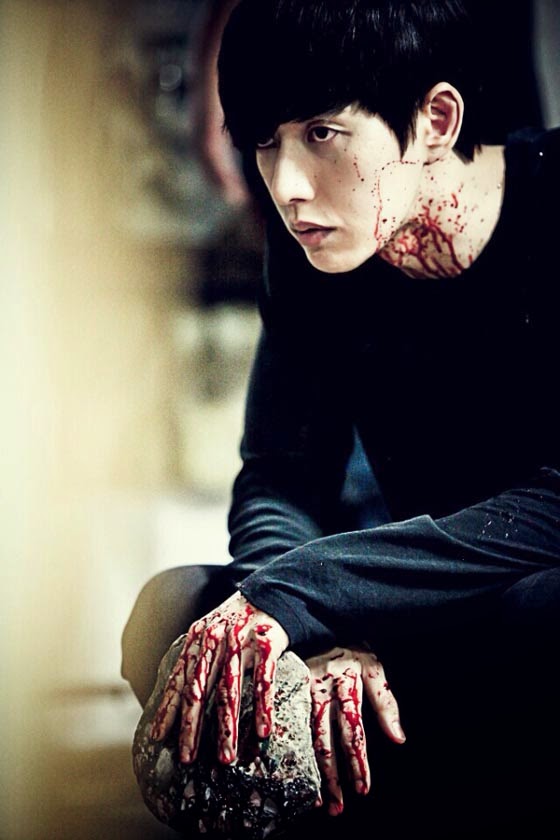 Lee Jung Moon was my favorite character! Not only because of Park Hae Jin's gorgeous looks but also because I love mysterious, psycho characters. I was blown away by Park Hae Jin's acting! I have seen him in You Who Came From The Stars and he was good in that but here he was amazing! He played mysterious and creepy so well! You can't help but be drawn to him. It was frustrating and also intriguing how I could never read Lee Jung Moon's mind. I never knew what he was thinking, what he was going to do next. I loved that Lee Jung Moon was more than what meets the eye and I felt sorry for the poor guy who got dragged into the whole mess. 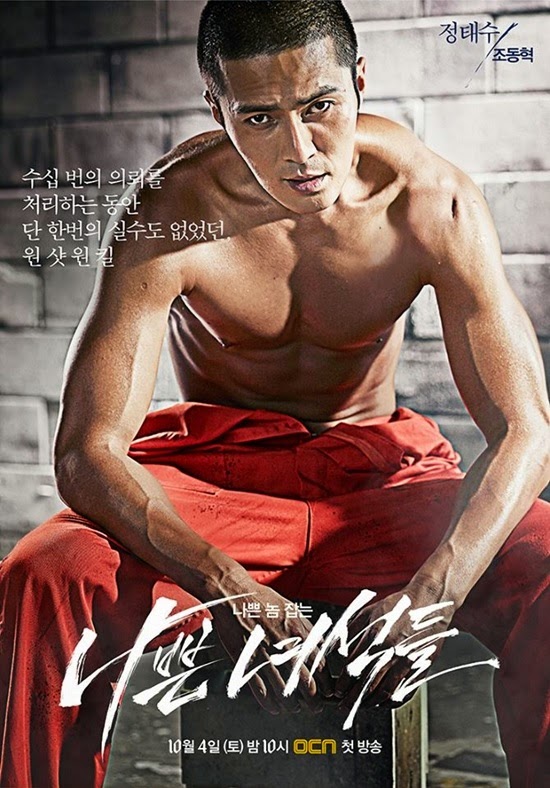 Jo Dong Hyuk's voice is beautiful! I could listen to him speak all day and not get tired! On top of that he is really good looking and a great actor! I loved his character, Jung Tae Soo. Tae Soo had such style and charm but he was also such a romantic and that made me love him so much! His story was sad and more than once I wanted to give him a hug. 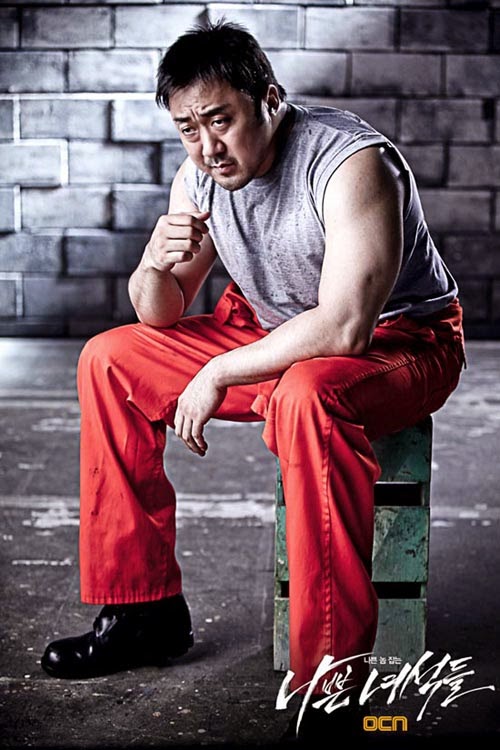 Park Woong Cheol reminds me of a teddy bear. He is like that. He is tough on the outside but soft on the inside. Ma Dong Seok played him really well. I've seen him before in Shut Up Flower Boy Band but he was completely different here. I liked him here more, this character really suited him well. 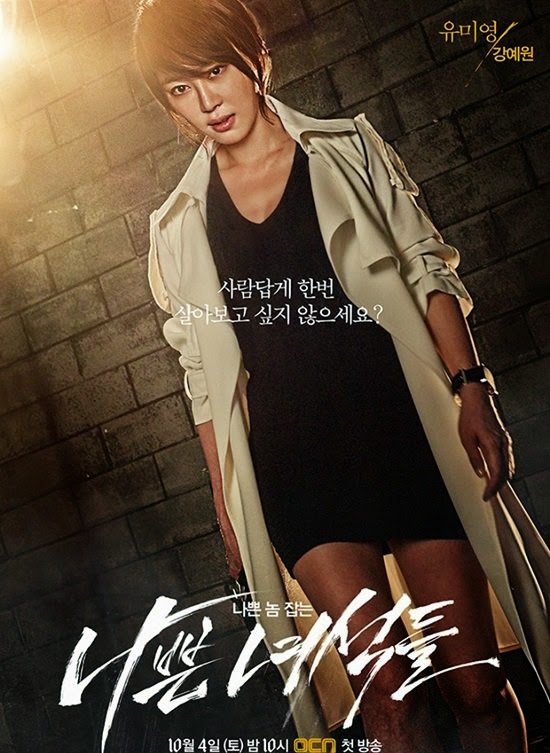 Yoo Mi Young was so annoying I can't even! I tolerated her because the rest of the characters were amazing. I'm not sure if she was supposed to be this arrogant and proud or if Kang Ye Won played her that way but this was a character I did not like very much. Did she redeem herself by the end? Maybe. But not all the way. 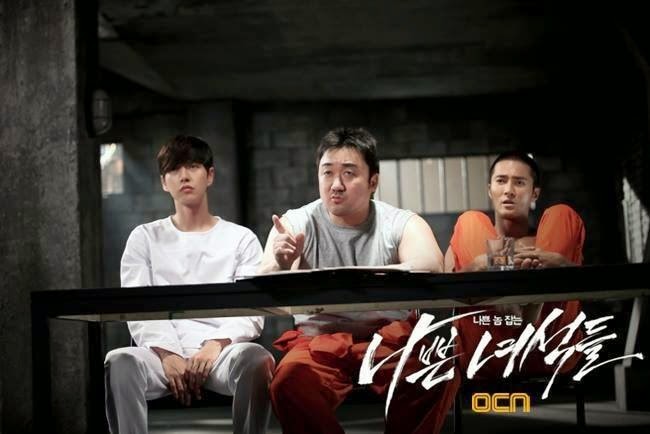 Overall: The drama was mind-blowingly amazing and I had a lot of fun watching it! It was a thrilling ride and I would highly recommend it to fans of thrillers and crime dramas.