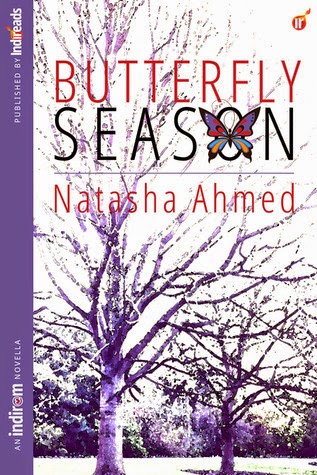 Synopsis: On her first holiday in six years, Rumi is expecting to relax and unwind. But when she is set up by her long-time friend, she doesn’t shy away from the possibilities. Ahad, a charming, independent, self-made man, captures her imagination, drawing her away from her disapproving sister, Juveria.
Faced with sizzling chemistry and a meeting of the minds, Ahad and Rumi find themselves deep in a relationship that moves forward with growing intensity. But as her desire for the self-assured Ahad grows, Rumi struggles with a decision that will impact the rest of her life.Confronted by her scandalized sister, a forbidding uncle and a society that frowns on pre-marital intimacy, Rumi has to decide whether to shed her middle-class sensibilities, turning her back on her family, or return to her secluded existence as an unmarried woman in Pakistan.We follow Rumi from rainy London to a sweltering Karachi, as she tries to take control of her own destiny.
Rating: 8/10
Source: Provided by the publisher in exchange of an honest review. Thank you to Indireads, Naheed & Natasha! :)

My Thoughts: I had major issues with this book regarding religion. But I chose to ignore that and read this book like I read other books i.e. books written about non-Muslim characters. I would like to warn potential readers that if you are devout Muslim like me and cannot stand Muslim characters doing very non-Islamic things and being portrayed as right then you might want to stay away from this book. Also, this book contains sexual content so I would rate it PG16 or PG18. Just in case you might need to know.

That being said, after I got over my initial anger regarding the religious issue, I enjoyed this book quite a lot. It was well-written with interesting characters and a great story.

Story: The story was pretty good. It was short but contained a good message of freedom for women. I guess a lot of Pakistani women could relate to the 'paving your own destiny' part of the book. My mother, like Rumi's mother in the book, always urges me to make something of myself and be self sufficient so that I wouldn't need to rely all my life on a man. So I was very happy that Rumi was able to do that. The romance part was interesting and sweet but it was very chick lit. I'm not complaining, I enjoyed it very much, but it wasn't something very special. Overall the story was really good.

Writing: I was very impressed by the writing. It was pretty good and easy to get into. The only problem I had with the writing style, and I'm pretty sure it's more of a 'me' thing & nothing's wrong with the book, was that the POVs kept changing which sort of annoyed me. The book was written in third person but the POVs kept changing and the story wasn't only told from the main characters' POV but of the minor ones as well. I get why that was done and it was sort of essential for the book as well. And I got used to it after some time too. But yeah, I didn't like that much. Overall though, the writing was really great!

Characters: All the characters were really well-written and seemed very real. But I wasn't really able to connect with any of them, not even Rumi. Maybe it was because she is 30 and I am 18. Or because we think very differently. But I couldn't really connect to her the way I wanted to. Even then, she was a good character and I had fun reading about her. She seemed like a real person and sometimes I found myself cheering for her.

The hero, Ahad, was a typical rom-com hero. I did like him though, he was nice and so typically boyish. A character I thought was really well-written was Juveria. I've seen so many people like her! And like Rumi's other family members. The double standards and all-for-show... 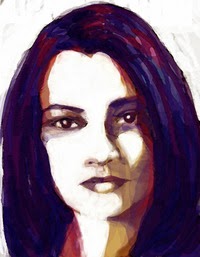 Natasha Ahmed is a pen name. In real life, Natasha is a graphic designer, a businesswoman and occasionally writes art and book reviews for publications within Pakistan. She created the pen name to avoid awkward questions of morality and religion (since her book advocates sexual freedom for women) from her close but extremely large family.

She works in a small office at home, not far from Sea View, Karachi. From a tiny window, she can see the Arabian Sea sparkling in the distance, and small fishing boats trawl up and down the water throughout the day. When she’s not writing books, she’s dreaming of setting sail towards the horizon and never looking back. Great adventure, she believes, starts with great daring.

Butterfly Season is her first novella, though not, she hopes, her last.