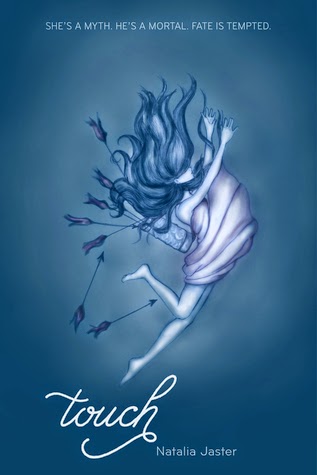 Synopsis: The myth of Eros isn't the truth. Her story is the truth . . .
Love is an immortal bad girl. With a strike of her arrow and a smirk on her face, she pins human hearts together against their will. It’s for their own good, of course—silly, clueless creatures that they are.But Love has never loved. Not until the Fates parcel her off to a small, frostbitten town littered with needy souls. Not until she crosses paths with Andrew, a crippled boy whose gaze locks onto hers. Yet how can this be? Mortals don’t have the power to see deities.The longer they’re friends, the more Love wishes she could touch Andrew. In gentle ways. In other tempting and reckless ways as well.It’s impossible. She isn’t a true part of his world. She’s an outsider whose fingers will only ever sweep through him. A mischievous, invisible goddess who’s destined to be alone. And he’s destined for someone else. By order of the Fates, it’s Love’s duty to betray his trust. To seal his heart while ignoring the gash in her own.Or she could become human. For there is one very tricky, very dangerous way to do so.If only Andrew felt the same about her, it might be worth the risk.*Mature YA. Intended for readers 17 and older* 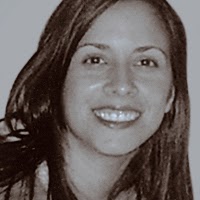 My kindergarten teacher told my mom than I stared out the window too much, daydreaming instead of paying attention in class. It’s true. Eventually I learned to focus more in school (and to love it), but the daydreaming never stopped. So after earning my master’s in creative writing and spending a bunch of fun years as a magazine editor, I’m now a writer of YA romance.

TOUCH is my first book.

a Rafflecopter giveaway
Posted by Unknown at 3:57 AM