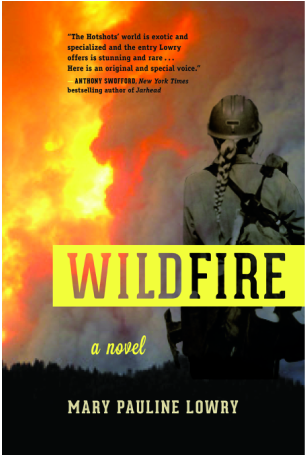 Synopsis: Julie has an obsession with fire that began after her parents died when she was twelve years old. Her pyromania leads her to take an unlikely job as a forest firefighter on an elite, Type 1 “Hotshot” crew of forest firefighters who travel the American West battling wildfires. The only woman on the twenty person crew, Julie struggles both to prove her worth and find a place of belonging in the dangerous, insular, and very masculine world of fire (while also fighting against an eating disorder she's had since her teens). As her season “on the line” progresses so do her relationships with the strange and varied cast of characters that make up her hotshots team—and she learns what it means to put your life on the line for someone else.Wildfire is a tough, gritty, and fascinating story from an exciting new voice in American fiction. Fans of the movie Backdraft or Cheryl Strayed’s memoir Wild will enjoy this fast paced debut.


“I love this book. With stunning language and deep insight Lowry has written a novel that makes you feel, with nearly every sentence, that something big is at stake. It’s been a damn long time since a novel knocked me around and made me care this way. The hotshots’ world is exotic and specialized and the entry she offers is stunning and rare. But it is the heart of this book you will most want to know. Here is an original and special voice.”
—Anthony Swofford, New York Times bestselling author of Jarhead

“Mary Lowry’s Wildfire is one of those unique books that appear from time to time, a sort of Huck Finn meets Moby Dick, that is if Huck Finn was a spunky young woman and the white whale was a wildfire.”
—Craig Nova, author of All the Dead Yale Men and The Good Son

“Young writers aren’t supposed to understand as much as the prescient Mary Lowry. In Wildfire, she illuminates the cycle of life with a racing, insightful story.”
—James C. Moore, New York Times bestselling author of Bush’s Brain

“Forget werewolves, vampires, and fantasy. Here’s a true-life adventure lived by a woman who gave up the security of her college life in Texas and entered the wild and wooly world of the hotshot firefighter. A tribute to the hard work and courage of hotshots everywhere.”
—Murry A. Taylor, author of Jumping Fire: A Smokejumper’s Memoir of Fighting Wildfire

“Wildfire will not leave you unscathed. This brave and big-hearted novel about a young woman working on a foul-mouthed all-male forest fire crew in the Rockies takes the reader into a world none of us have seen and makes it indelibly real and totally gripping. I know nothing quite like it.”
—James Magnuson, author of Famous Writers I Have Known

“A vivid, evocative, and emotionally complex journey through a dangerous and beautiful world.”
—Lou Berney, Pushcart Prize–winning author of Gutshot Straight and The Road to Bobby Joe and Other Stories

“Wildfire is the funniest, saddest, most harrowing, most exuberant novel I’ve read in years. Mary Lowry writes with an insider’s precision about the raucous camaraderie and dangerous work of wildland firefighting, but also with an artist’s insight into a lonely young woman’s determination to test herself, to belong to something, and to forge a life that matters.”
—Stephen Harrigan, New York Times bestselling author of The Gates of the Alamo 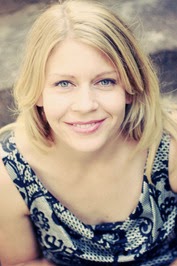 Mary Pauline Lowry worked for two years as a forest firefighter on the elite Pike Interagency Hotshot Crew based on the Pike National Forest in Colorado. “Hotshots are the best-trained and best-equipped wildland firefighters, sometimes referred to as the Navy SEALs of their profession” (Rolling Stone Magazine). As a Hotshot, Lowry traveled all over the American West with her crew fighting wildfires ranging in size from single tree lightening strikes to 20,000 acre blazes. Hotshot crews are “hand crews” that do not use water to fight blazes. Instead they dig a firebreak or “fireline” around the fire to deprive it of fuel. With her crew, Lowry hiked or was helicoptered in to fires and dug fireline for 15 hours or more a day. During fire season, she and her crew would work 21 days at a time fighting fire and camping out. Lowry left the Hotshot crew to attend graduate school, receiving an M.A. in English (concentration Creative Writing) from the University of Texas at Austin. Lowry has since worked in the movement to end violence against women as a counselor at a domestic violence shelter, advocate on the National Domestic Violence Hotline, and public policy analyst at the Texas Council on Family Violence.
Lowry is a native of Austin, TX, currently residing in Orange County, CA. She writes for xoJane and the Huffington Post. Her novel WILDFIRE, based on her experiences as a wildland firefighter, will be published by Skyhorse on October 7.