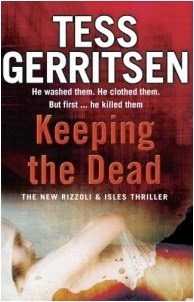 Synopsis: HE HIDES
When an ancient mummy is discovered in the basement of a museum in downtown Boston, excitement starts to mount. Under the glare of a media frenzy, the mummy is taken to hospital for a CT scan. Forensic pathologist Maura Isles is invited to attend.HE KILLSAs the CT scan proceeds everyone in the room leans in—and gasps in horror as an image of a bullet is revealed. Maura declares it a possible homicide, and calls in detective Jane Rizzoli.HE KEEPSWhen the preserved body of a second victim is found, and then a third, it becomes clear that taking lives is not enough for this terrifying killer. And that unless Rizzoli and Isles can find and stop him, he will soon be adding yet another chilling piece to his monstrous collection.
Rating: 8.5/10
Source: Bought.

My Thoughts: This is the first time I am reviewing a mystery novel so please forgive me if my review isn't that good.

Okay, so this book was pretty good. I haven't read a mystery novel in years so I don't really have anything I can compare this with but it was full of suspense and there were scenes that made my heart beat fast and really drew me into the novel so much so that I forgot about my surroundings. But those scenes weren't many and this book was made longer with descriptions that lost my interest.

Story: The story was pretty good. It was like watching an episode of CSI. There were many twists and turns I didn't see coming and it was fun reading them. I liked the archaeology aspect of the story as I have always been in interested in archaeology (I wanted to be an archaeologist when I was a kid) and I felt very happy when I understood all the medical terms (I'm a pre-med student). I wouldn't say the story was full of suspense but there were many surprising scenes. The first part of the book was a bit slow but it did pick up towards the end.

Writing: The writing was really good and did manage to keep my attention. It also made my heart race during the suspense scenes so that's a plus point. But there were sometimes too many details given about stuff that didn't matter and that sometimes made me lose my interest. It wasn't too much though and the story was enough to keep me interested.

Characters: The characters didn't seem real. They felt very fictional. That's not something that bothered me but I thought I'd mention it here. I also didn't like reading about Rizzoli & Isles personal life but I'm pretty sure that's just me. Fans of the series, and if I had been a follower of the series then I too, would have liked that extra information. Understood it. But since I just picked up a random novel without reading the previous books I didn't feel any attachment to these main characters, neither did I feel like I needed any personal information about them. Since the characters felt fictional I didn't feel anything for them. But they were likable, the ones that were meant to be likable, and the bad guys were obviously unlikable. It was like watching a thriller movie. You don't feel any attachment to the characters, you are just interested in the story and feel for them what you are supposed to feel for them

Overall: This was pretty good as a standalone mystery novel and I did enjoy reading it. I would recommend it to medical thriller fans. 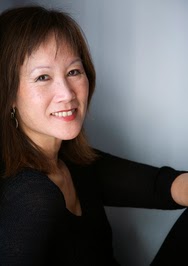 Internationally bestselling author Tess Gerritsen took an unusual route to a writing career. A graduate of Stanford University, Tess went on to medical school at the University of California, San Francisco, where she was awarded her M.D.While on maternity leave from her work as a physician, she began to write fiction. In 1987, her first novel was published. Call After Midnight, a romantic thriller, was followed by eight more romantic suspense novels. She also wrote a screenplay, "Adrift", which aired as a 1993 CBS Movie of the Week starring Kate Jackson.Tess's first medical thriller, Harvest, was released in hardcover in 1996, and it marked her debut on the New York Times bestseller list. Her suspense novels since then have been: Life Support (1997), Bloodstream (1998), Gravity (1999), The Surgeon (2001), The Apprentice (2002), The Sinner (2003), Body Double (2004), Vanish (2005), The Mephisto Club (2006), and The Bone Garden (2007). Her books have been translated into 31 languages, and more than 15 million copies have been sold around the world.As well as being a New York Times bestselling author, she has also been a #1 bestseller in both Germany and the UK. She has won both the Nero Wolfe Award (for Vanish) and the Rita Award (for The Surgeon.) Critics around the world have praised her novels as "Pulse-pounding fun" (Philadelphia Inquirer), "Scary and brilliant" (Toronto Globe and Mail), and "Polished, riveting prose" (Chicago Tribune). Publisher Weekly has dubbed her the "medical suspense queen".Now retired from medicine, she writes full time. She lives in Maine.