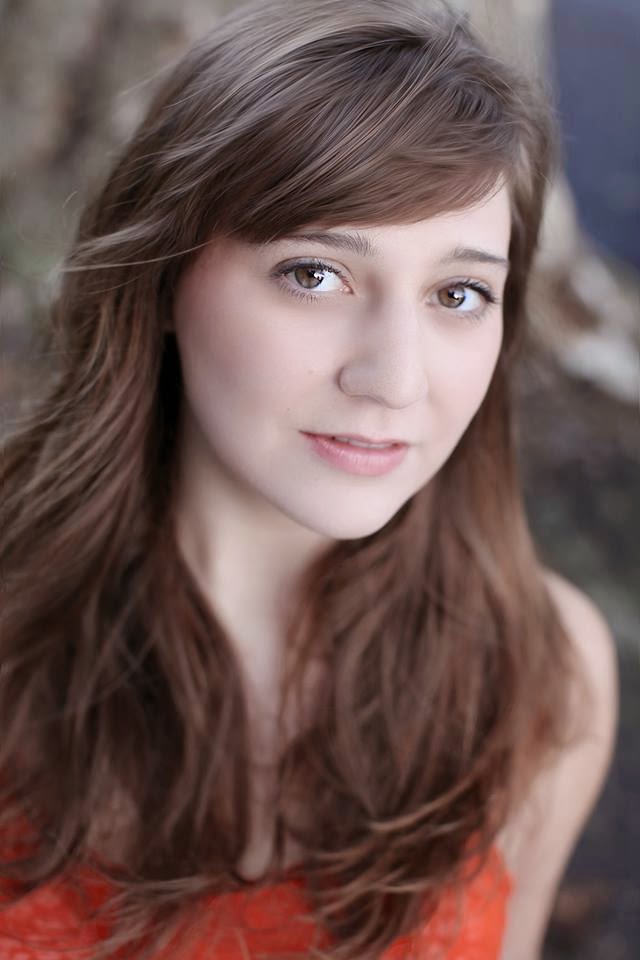 Author Bio: Jay Stritch is a student of English Literature at Cambridge University and a lover of all modes of storytelling. She has recently published her first novel, 'Seven Minutes' told in the format of memory collections which trace the interweaving, highly eventful lives of a very interesting family. In her free time she enjoys water sports, skiing and has been known to belt out show tunes when she thinks no one's listening. 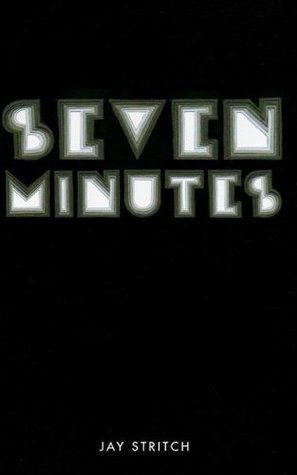 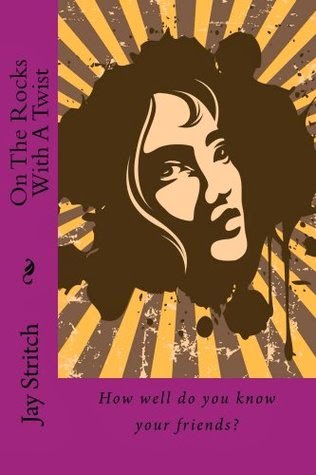 New YA Book by Jay Stritch: 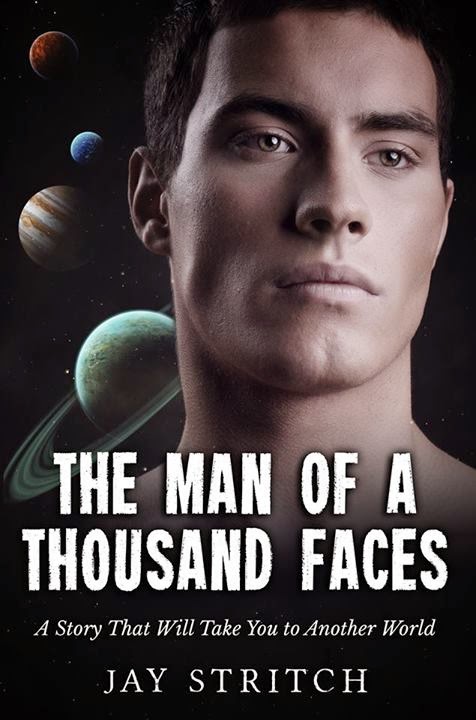 Nineteen year old Achill has never left his training camp on Mars. With the revelation that his mother was exiled from the strict system after he was born he feels even more pressure to prove his loyalty and status as a fearless warrior who doesn't think before he kills. That is until he, who has never been taught of love or freedom, is sent on a secret mission for which he must travel through the other seven planets and fight for survival. As his journey unfolds he will discover unknown truths, potential love and face the strangeness of the lives and culture of those raised so differently to him.  He may even uncover the timeless mystery of the man of a thousand faces. As tensions rise and the stakes are higher than ever Achill must decide who he is actually fighting for as he tries to understand both conflicts between the planets and also within himself.

1. What made you decide to become an author?
I owe so much to books, so many escapes, joys, loves and so much learning. I guess I felt I wanted to give a little back, to be the one taking someone on a journey for once rather than the one sitting back and being led.

2. Could we have you describe your book in your own words?
It is a fantasy adventure story about a group of worlds which are is disarray due to the poor decisions of the original Gods who founded them. From the broken societies on each world come a series of damaged, misinformed and slightly lost characters who embark on a perilous journey across the worlds searching for hope and along the way find out truths about their pasts, secrets about the worlds and unexpected love.

3. Your book has a very interesting title. How did you come up with it?
Well the crux of the story hangs on a myth that circulates these worlds called ‘The Man of a Thousand Faces,’ who was said to be the son of the Gods bound to roam the worlds forever. And the truth behind the myth is a key element of the story.
I’m also fascinated by the many different sides we present to the world, who the world makes us and how we respond to that, all topics which are brought into the story. So in a way the title also encapsulates the idea that no one is just one thing we have the capacity to change, be changed and pretend.

4. Do you base any of the events in your book on your own life experiences?
This is a tricky one and in many ways I disagree with the old saying write what you know. I’m far more inclined to write what I don’t know. It’s far more fun and you get to open up a second life running parallel to your own rather than recounting the events of your own life which you already know. But, yes, of course elements of my own experiences seep in and reality overlaps the fantasy because no matter how elaborate the alternate world you’re writing about people will always be people with their weaknesses, hopes and struggles and that is what is fun to read and write about and it has to be taken from real life.

5. If you could do it over again, would you change things about the book?
There are a lot of characters and I wanted to spend more time with each of them, although they all get their stories and their moments they are also part of a bigger story. So I guess I wanted more time just allowing them to be but the action means they’re too busy most of the time just to have casual conversations.

6. Can you give us a sneak peek of your next book?
O.k, here is a cheeky little extract from the sequel, ‘The Queen from a Thousand Places,’ which is still currently in the editing phase...lets just say Mars is gathering its army:

They tell me I will die here, in this cell. This was Ricon’s only thought most days now. If he didn’t succumb soon they would kill him, he was sure of that. The cell was pitch black, lit by a burning torch only when someone came in to beat him and yell obscenities. He had been isolated in the rocky dungeon for what must be four days now although it was hard to tell in the constant darkness.
He wasn’t responding to training well and he hadn’t answered the Wise Warriors with respect. He had been disgusted at the thought of taking another’s life and didn’t see any difference between the marked and unmarked. All these things made Ricon a failure on Mars and now he was in a cell slightly bigger than his body as were the other marked captives who weren’t responding well to training. There was a loud clattering noise from outside his cell and a scream and Ricon winced at the thought of what could be taking place beyond the rocks. Suddenly his cave was flooded with light and he wrinkled his eyes against the onslaught which now more painful than the darkness.
“You, warrior of the Virgo mark and supporter of the cause,” said a deep booming voice before him, he still had his eyes squinted as he muttered back, “Ricon will do just fine, thanks.” He received a slash across the face for that and the force of it pinned him back against the stone wall, he gritted his teeth and opened his eyes. One of the leaders, very tall with no hair and a black tally of his kills across his head was looking down at him. Dangling from his left hand was a girl who he set down in front of Ricon. She stood very still, her eyes vacant and staring straight ahead, staring through him. The leader then tossed Ricon a spear which he managed to catch. “You will kill her now.” He said it flatly, an order but not an emotional one, more like a statement. Ricon stared at him, horror struck. “She is not of the mark,” the leader continued, “so she is not one of us, she is useless, dead already to the cause. We don’t need her.” The girl nodded in agreement, encouragement almost and Ricon felt sick. “It is a great and noble thing to die for your planet,” the girl said in a monotone and knelt before him, her head bowed muttering, “For the cause.” Ricon’s grip on the spear was loosening, his hand clammy against the metal making it slippery. “I can’t,” he said flatly, he looked up into the leaders eyes, “she’s one of yours anyway she’s born on Mars,” he said thinking he could talk his way out of this. The leader spoke coldly, “she is unmarked. You are one of ours, you are one of us but you need training, we will look after you if you do as we say,” he gritted his teeth, an attempt at a smile, “But if you don’t we will have to break you before we train you.” He pointed at the still girl expectantly. Ricon raised the spear and for a moment thought he would plunge it straight through leader’s heart, but he knew he’d never get out alive. He threw the spear to the ground instead, “you’ll have to break me then.”

7. What is the hardest part of writing for you?
I guess that because everything stems from the authors imagination the fantasy worlds feel vivid and clear and sometimes you have to go back and make sure that the reader will get that same experience. I have completely neglected to mention the surroundings before because they are just there in my head when I read it back and people have to remind me that the reader won’t see it unless I write it down!

8. Is there a character in your books that you relate to closely?
This is the weird thing about writing, although you may only realize it belatedly, all the characters will tell a truth about the author. The good the bad and the ugly manifest themselves on every page so is it cheating to say all of them?
Probably. So in this book I’d have to say that I relate to Nadine the most, I’m a tryer and a people pleaser and take others words to heart just like Nadine. However she is also unaware of her own strength and influence gradually growing throughout the book into the person she was meant to be. (I've still got my fingers crossed for the latter in my own life.)

9. How do you get through writer’s block?
Leave the house, step out in to the world and listen to people. There is so much variation and interest and twisted histories and ideas bound up in everyone it’s impossible to walk down the street and not be inspired by someone, something or a situation.
10. Is there anything you’d like to say to your readers?
Nothing is just black or white and enjoy the book!
Posted by Unknown at 12:32 PM