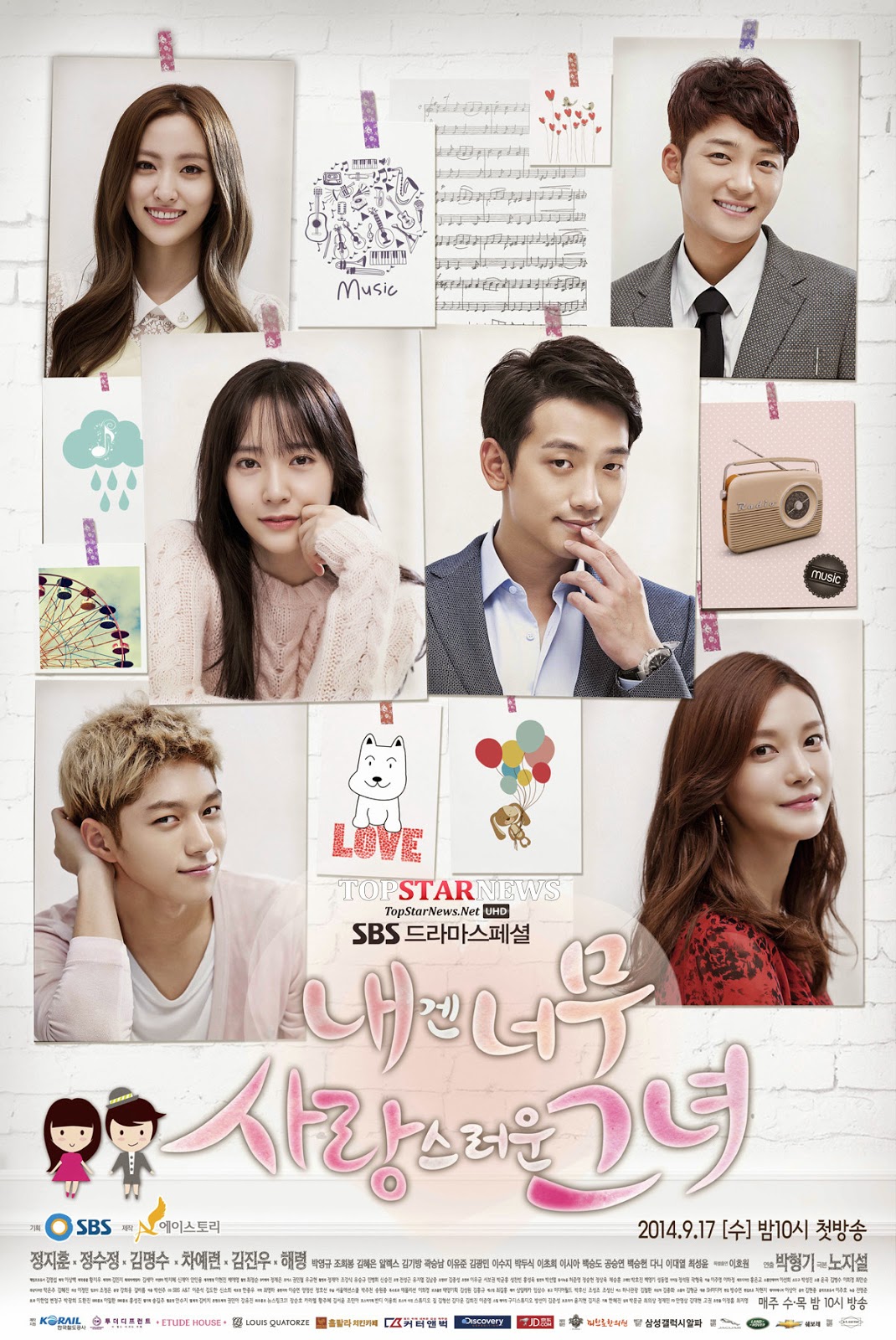 Synopsis: Lee Hyun Wook is the composer & producer of an entertainment company. After losing his girlfriend in an accident, he then meets and falls in love with his girlfriend's younger sister, Yoon Se Na, who dreams of becoming a music producer.

Finally this is over! This drama was so boring it was almost a torture to watch. Why did I watch it then? I used it as background noise when I did my homework. I can't do homework if there is silence and music distracts me too much. What better background noise can there be besides a boring drama? I still got the story completely. It was very typical.

Story: Well it wasn't anything different. I could pretty much guess everything that was going to happen. It was off to a good start, it was interesting and all, but about through half of it it went downhill and by the end it was so boring that I was seriously considering dropping it.


Actors/Characters: Rain was awesome! I haven't seen any of his works before but I was aware that he's a pretty good actor. I got to see it first hand in this this drama. It was like he really understood the character and all his expressions, even the subtle ones, were spot-on.

I loved Krystal in Heirs. Here though she fell a bit flat. Her acting was boring and her expressions were bland. She went well with her character though.

Oh Myungsoo. Why must you make me go through this pain? I would be lying if I said that L and Hoya weren't the reasons I started watching this drama. But it was so painful to see Myungsoo's acting, I even cringed at times. I wanted to stop the poor boy, he looked so awkward and in pain. I didn't like his character either. He was supposed to come off as cute and Myungsoo did pull it off,what with that face and all, but if you look at the character itself then Shi Woo was a bit obsessive and stalkerish and very irritating.

Hae Yoon was right there with Shi Woo competing for the 'most obsessive' award. She won by a landslide. She was ssssooooo annoying!!! Like girl he doesn't like you and never will. Give up, it's been 12 years!

Seo Jae Young was supposed to be the evil guy. He was okay, mostly he just annoyed me. The other characters were okay as well. Hyun Wook's father was very annoying. His wife was actually pretty funny and I liked her. I really liked Se Na's friends, they were such a cute couple. Hyun Wook's best friend was cute (for an ahjussi) but some of his opinions annoyed me. Oh that ANA employ was pretty funny too. I noticed that they introduced some characters but never showed them again. The best example would be Yoo Ra Eum who is also on the poster. I was sure she had a more important role but she only appeared for a couple of episodes and her scenes didn't make sense either.

Romance: I read in many comments that people didn't like the romance between Rain and Krystal but I actually found it pretty cute. Their scenes together were adorable, especially when they were joking around and having fun.

Overall: This was an okay drama. I would've liked it more had I watched when I started watching kdramas. But I've seen a lot of great dramas now and this was a meh one. I would only recommend it to new drama watchers.
Posted by Unknown at 11:30 AM