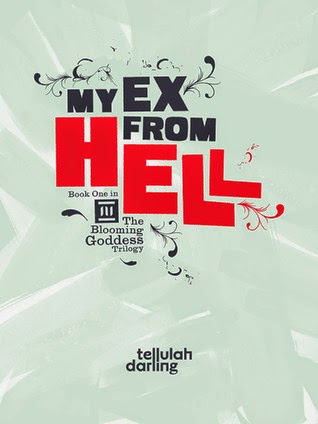 Prior to the Halloween dance, Sophie figures her worst problems involve adolescent theatrics, bitchy teen yoga girls, and being on probation at her boarding school for mouthy behaviour. Then she meets bad boy Kai and gets the kiss that rocks her world.

This breath stealing lip lock reawakens Sophie’s true identity: Persephone, Goddess of Spring. She’s key to saving humanity in the war between the Underworld and Olympus, target numero uno of Hades and Zeus, and totally screwed.

Plus there’s also the little issue that Sophie’s last memory as Persephone was just before someone tried to murder her.

Big picture: master her powers, get her memories back, defeat Persephone’s would be assassin, and save the world. Also, sneak into the Underworld to retrieve stolen property, battle the minions of Hades and Zeus, outwit psycho nymphs, slay a dragon, rescue a classmate, keep from getting her butt expelled from the one place designed to keep her safe …

… and stop kissing Kai, Prince of the Underworld.

My Ex From Hell is a YA romantic comedy, Greek mythology smackdown. Love meets comedy with a whole lot of sass in book one of this teen fantasy romance series. Compared to Kai and Sophie, Romeo and Juliet had it easy.

Rating: 9/10
Source: Netgalley.
Cover Talk: I like the cover. It's definitely eye-catching. It doesn't specifically go with the book but it doesn't not go with it either. It's more on neutral territory. I love the font and especially love the name of the book! The best thing is that it's mentioned on the cover that this book is book 1 in the Blooming Goddess trilogy. I hate it when it is not mentioned on the books that they are part of a series.

I. LOVED. THIS. BOOK. I frickin' loved it! It's been a while since I've been so invested in a book that I forget everything else and it's only the book and me. This happened with My Ex From Hell. And I loved every moment I spent inside the world of this book!

Story: I loved the story! It was filled with suspense and romance and so much sass! I've always liked stories about Greek mythology, it was so much fun to read Ms Darling's take on it. The mystery about Persephone's memory, all the action, the story regarding the dragon, everything was so intriguing. I wanted to keep reading and not stop until I had gotten all the answers. I loved the romance, even if there wasn't much of it. It was only at the beginning stages but I loved Kai's and Sophie's bickering and their witty back and forth remarks.

Writing: I've read Sam Cruz's Infallible Guide to Getting Girls by Tellulah Darling and I loved it! I loved her writing in this book too. She has such an easy-going style of writing, you really feel drawn by it. It is fun to read and you might even find yourself laughing out loud. She writes great characters, male and female both. I love her writing style, it's the kind I want to read when I'm stressed and need a break from the world. She creates such a great atmosphere that it's only you and the book. You feel like you are in the world of the book along with the characters.

Characters: As I said, Ms Darling writes great characters. I loved all the characters, even the bad ones because all were so well-written. I'll start with our protagonist. Sophie Bloom is a sassy, independent, witty girl who kicks ass and still manages to be like your average teenage girl. Even though sadly I'm nothing like her, I loved being in her head! I loved her sense of humor and wittiness.

Kai, oh delicious swoony Kai! I found myself a new book boyfriend! ;) Kai is yummalicious and as soon as I read about him I texted my best friend to tell her about him. You see, we share a mutual love for fictional boys. I texted her parts from the book (since she couldn't read the book herself because she is in the mids of her exams) and together we swooned over Kai! He's a bad boy (well he's son of Hades, the king of hell. What'd you expect?) and so good looking. But he's more than that and I'm sure we'll find that out in the next books. He reminds me of the lyrics "He's so tall and handsome as hell. He's so bad but he does it so well." from Wildest Dreams by Taylor Swift.

I loved Hannah! She's the side-kick/best friend. She's a geeky hot girl but I liked her personality. Sophie's relationship with Hannah reminded me of my own relationship with my best friend. They both accepted each other for who they were, even all the weirdness. And Hannah was a courageous girl. I liked that about her.

Theo was adorable! I really liked him! He was a 'tell it like it is' sort of person and his history with Persephone was really interesting. I loved how Sophie doubted him because it felt so real. If I had been in her shoes and if someone wasn't coming clean, even if that someone was my best friend, I would be doubtful of him too. So I'm glad Ms Darling wrote it that way.

Brittany was a witch. But she was written really well. She was a bully and I'm glad Ms Darling didn't take the 'broken bad guy' route and showed Brittany as a truly evil, attention hungry, selfish queen bee.

All the side characters were great and played their part well in the story line. I loved reading about the Greek gods!

Overall: I really loved this book! I'm half-way through the second one and that one's even better! I'm really enjoying this trilogy! Highly recommended! 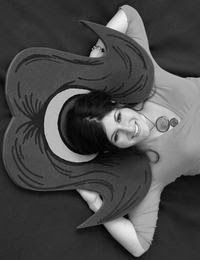 Tellulah DarlingnounSassy girls. Swoony boys. What could go wrong?1. YA romantic comedy author because her first kiss sucked and she's compensating.2. Alter ego of former screenwriter.3. Sassy minx.Writes about: where love meets comedy. Awkwardness ensues.Tellulah Darling is a firm believer that some of the best stories happen when love meets comedy. Which is why she has so much fun writing YA romantic comedy books. Her books span contemporary, teen fantasy romance, and YA Greek mythology, and range from stand alones to series. For Tellulah, teen romance is the most passionate, intense, and awkward there is – a comedy goldmine. Plus smart, mouthy, teen girls rock.
Posted by Unknown at 5:28 PM