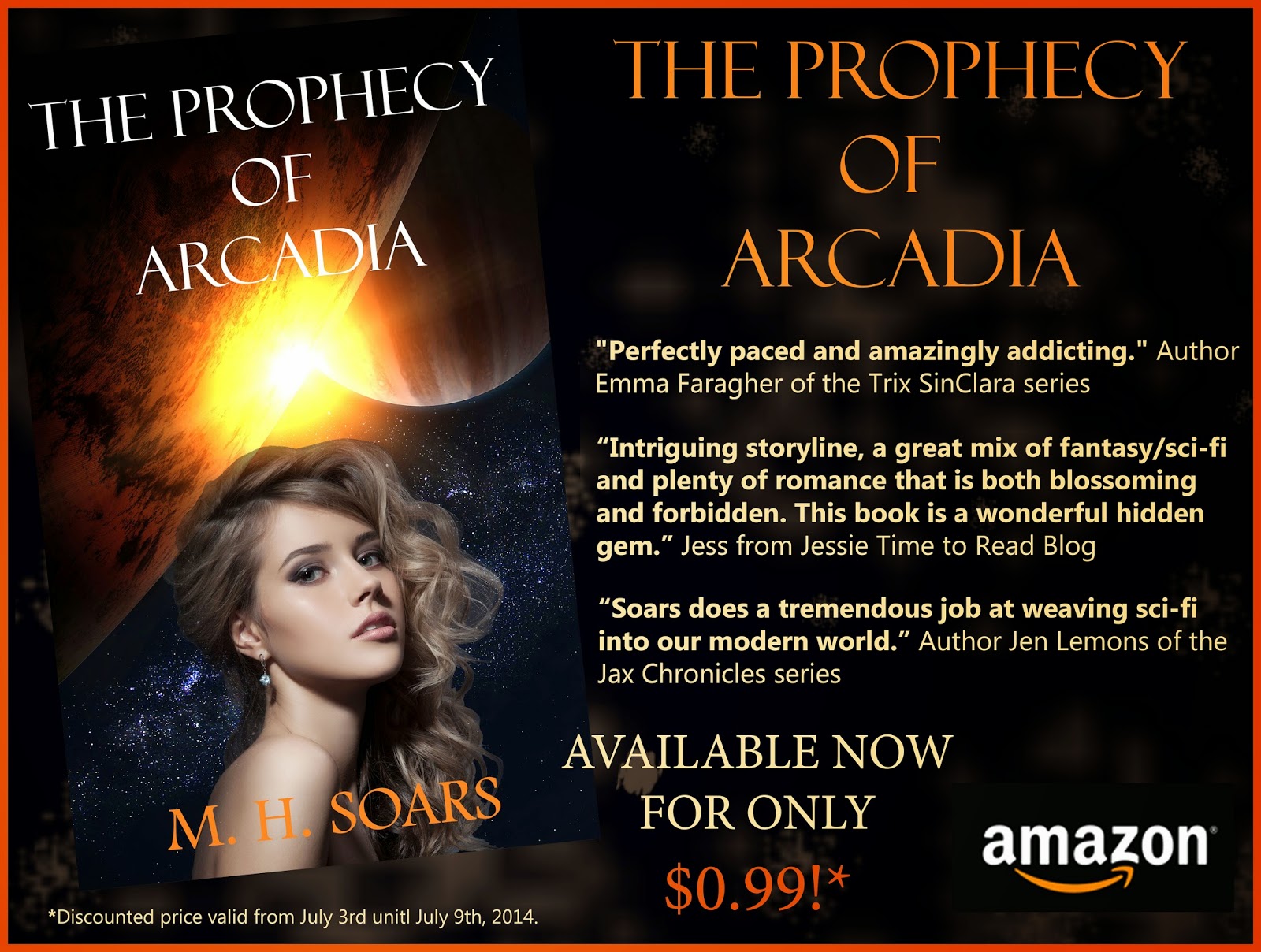 Blurb:
Being a teenager is tough, especially when you have to pretend to be something you’re not, and you’re in love with someone you shouldn’t. 115 years ago, a small planet called Arcadia was invaded by a vicious alien race and nearly destroyed. Cut off from their resources, the Arcadians turned to Earth for help. A group of Arcadian explorers discovered a Prophecy that claimed their salvation lay in the hands of two children from Earth. To ensure their safety, the Arcadian Council sent their most gifted youngsters to Earth to act as protectors. Samantha is one of them.


To succeed in her mission she must learn to control her Arcadian powers and keep her true identity from her best friend, and the girl she swore to protect, Alexia. But Samantha will soon realize that nothing is as it seems. Someone is trying to prevent the Prophecy from taking place and the prophecy boy hasn't been found yet. There is also a new drug circulating at school that is turning students into freakishly strong menaces.

To make matters worse, distractions keep getting in her way. Such as her love/hate relationship with her “cousin” Matthew. Or her confused feelings toward popular and mysterious Julian. She wants nothing more than to be free to live her life. But the survival of Arcadia depends on her and her friends. Free will is not an option. 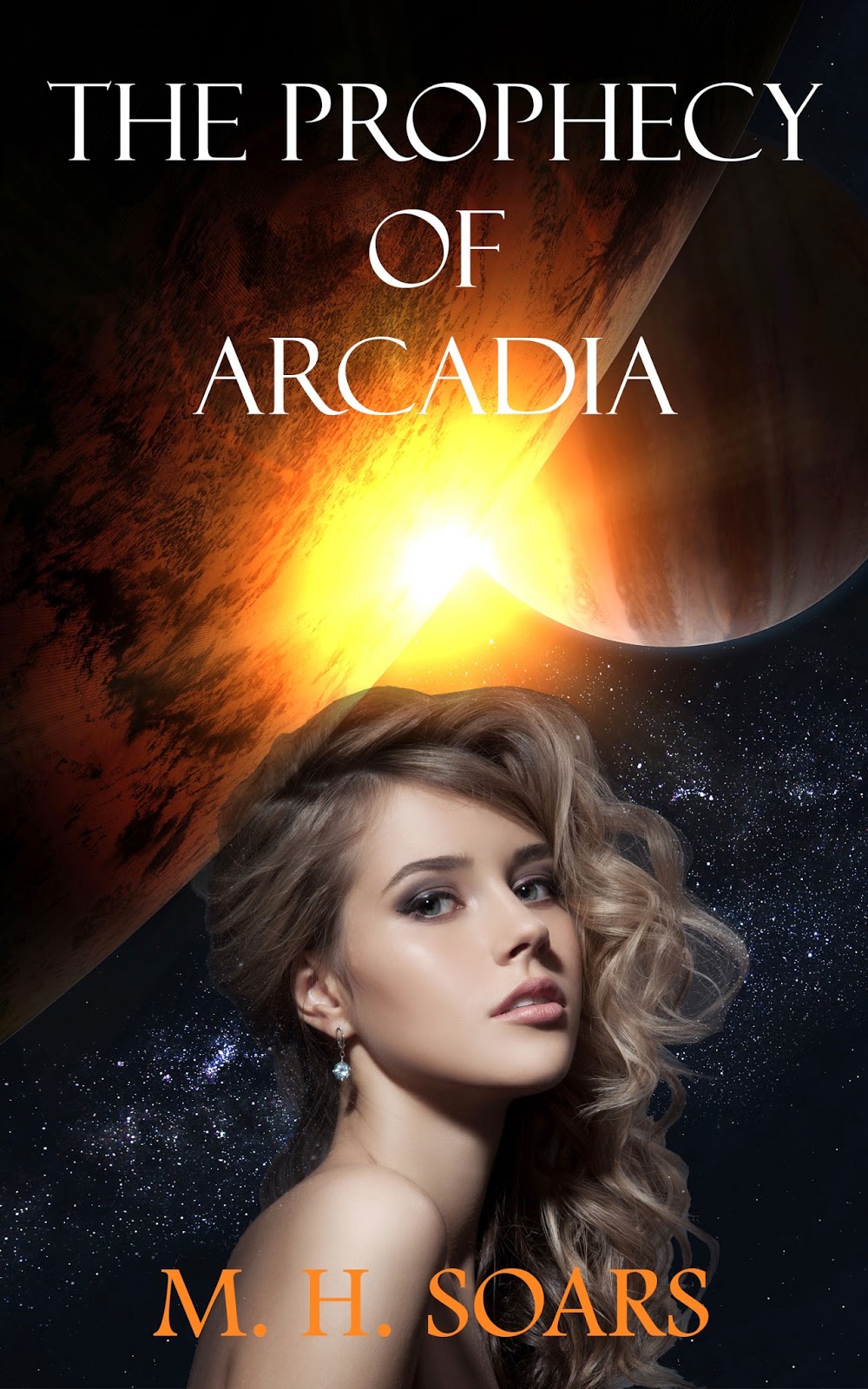 Excerpt:
Initial weirdness aside, the ride to the camp was pleasant enough. And despite the fact that Julian was a freaking legacy at his school, I discovered that he was charming without an ounce of snobbery. He told me stories about LJM Prep that had me laughing out loud, and also made me realize that private schools weren’t so different from public schools after all. Yeah, the majority of the student body was beyond wealthy, and they would never have to do a car wash to collect money for a field trip, but the drama was still the same. We also talked about Ethan and his accident, and I could see that Julian truly cared about him.

“So, Alexia, I feel like we have a special bond now, being partners in crime and all,” he suddenly said. He didn’t look at me, but I saw the corner of his mouth twitch.

“What kind of game?” I narrowed my eyes at him.

“I’ll tell you something that I’ve never told anyone before, and you’ll do same.”

I laughed at that. Right. Like I was going to tell him my deepest secrets.

“Okay, buddy. You go first then,” I was pretty sure he was going to come up with an unbelievable story and swear it was the truth, Sean style.

I was going to open my mouth to protest, but he turned to look at me, his clear blue eyes more intense than usual. I found myself agreeing to it.

“Fine. A secret that nobody knows, hmmm, let me think,” I said jokingly, but then found myself actually contemplating telling Julian something that was true and meaningful. It was like I felt compelled to be honest with him. I could tell him about Thomas, but then again, Sam and Mia knew about it. I also didn’t want him mentioning it to Ethan. Guys gossiped, too. Finally, I confessed something that I hadn’t allowed myself to dwell too much on until that moment.

“Sometimes, I feel like I don’t belong to my family.”

I looked out at the window, trying to organize my thoughts. I wanted to explain it in a way that wouldn’t make me sound like an attention seeker. “I don’t know, it’s just a feeling I get sometimes, like I’m a stray they took in, or an alien.”

At my last comment, Julian started to laugh. “An alien? What made you use that word to describe yourself?”

I smiled wryly at him. “Have you seen the size of my eyes? They’re abnormally large. According to Steven Spielberg, I must be an alien.”

Julian shook his head. “You have beautiful eyes, Alexia. Nothing extra-terrestrial about them.”
I blushed at his comment.

“I would have said you look more like an anime character come to life.” Julian continued after a brief moment.

“An anime character? Oh that’s great! I look like a cartoon,” I said, exasperated.

“Yeah, an anime character, all cute with big eyes, that adorable button nose, and curly hair. You’re like, the real live version of Candy Candy.” Julian said trying to suppress a smile.

“Who the hell is Candy Candy? That sounds like a stripper’s name.”

I did just that. I didn’t know how Julian had turned my serious confession into an Alexia mock fest. Maybe he hadn’t meant for me to reveal something so depressing and was trying to keep the mood of the trip light. I found the information fast enough and couldn’t help but to gawk at him.

“Julian, Candy Candy is an anime series from the seventies. How in the world do you even know about it?”
“My mother collects anything related to it, not only anime but the mangas too. Candy Candy was my first crush.” 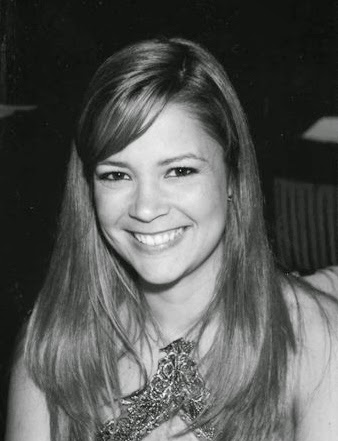 M. H. Soars is what we like to call a United Nations child. She was born in the United States but grew up in several different countries which gave her a broader perspective of life. She has always been passionate about books and stories and at a certain point had a comic book series going.
With a background in fashion design she always thought she was going to follow that path. But the characters in her head kept begging to be set free. So she decided to write their stories. A couple of years and a baby later, the first installment of her Arcadian Wars series is finally done.
M. H. Soars currently resides in New Mexico with her husband and baby daughter. She loves to read novels in the YA, PNR, Fantasy, Historical Fiction, and Chick Lit genres. When not devouring said novels, you may find her shopping online (she's an expert), blogging about fashion, or trying to teach her daughter to walk (even though she's too young for that).
If you would like to learn more about M. H. Soars and her projects you can follow her on Twitter, Facebook, Goodreads, or check out her blog.

Giveaway:
a Rafflecopter giveaway
Posted by Unknown at 12:00 PM