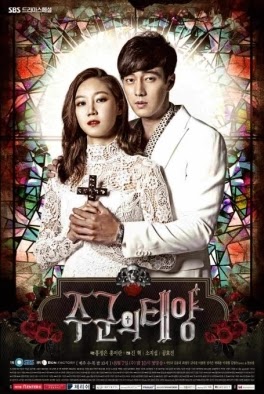 Synopsis: Joo Joong Won is the stingy and greedy CEO of Kingdom, a conglomerate that includes a major department store and hotel. He meets the gloomy Tae Gong Shil, who started seeing ghosts after an accident. Their lives take a new turn as they work together to deal with the terror and sadness brought about by the spirits, while delving into a kidnapping incident in Joong Won's past.

My Thoughts: I really liked this drama. But after all the hype, I expected something better. This wasn't that original either. It was like 50 % Secret Garden, 30 % Ghost Whisperer and 20 % Master's Sun. Even then, I really liked it and enjoyed watching it a lot!

Story: This drama wasn't scary at all. Maybe there were some scenes that could be considered scary, but they didn't scare me much. The story was very much like Secret Garden, especially the last part. And the ending was very rushed. But the mystery of Joong Won and his dead girlfriend was very interesting. And they executed that pretty well.

Romance: I liked the love triangle. It wasn't much of a triangle though because it was obvious that Gong Shil didn't like Kang Woo that much. The chemistry between Joong Won and Gong Shil was pretty good. All the touching made for some pretty funny scenes and I really liked the romance.


Characters: I really liked all the characters. But the only person for whom I watched this drama was little Man Se (Lee Do Hyun as Lee Seung Mo)! I loved him in PM&I and I wanted to see him again so I watched Master's Sun. He was adorable in this drama too!

I loved Joong Won! I think this has more to do with So Ji Sub being so good looking! But the character wasn't that bad either. I didn't like Gong Shil at first but I loved her transformation and was so glad that she changed. I loved Kang Woo! Again, that had more to do with him being played by Seo In Guk. But I really liked his scenes with Yi Ryung. It was weird seeing Eun Sang's mother from Heirs in this drama playing such a different role. Her husband was pretty funny. All in all, I really liked all the characters.

Final Verdict: Overall, this was a really good drama! It was funny and cute and mysterious and I really enjoyed watching it! Highly recommended!
Posted by Unknown at 2:30 PM