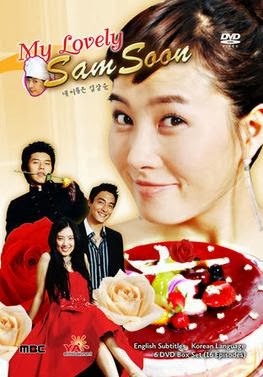 Synopsis: Kim Sam Soon is a baker who has a talent in making pastries and cakes. On Christmas Eve, she caught her boyfriend, Min Hyun Woo, cheating on her and breaks up. On that same night, she accidentally went into the men's restroom and met Hyun Jin Hun. By sheer coincidence, Jin Hun needs a baker for his restaurant Bon Appetit and Sam Soon is unemployed. Sam Soon is hired as the restaurant's chief baker and the two fights like cat and dog.

My Thoughts: I have very mixed feelings about this drama... I liked it enough that is didn't bore me, but I was very frustrated with the characters.

This was a noona romance but it didn't feel like it and I'm glad it didn't! Because I'm not much of a fan of noona romances. It was a typical chaebol romance story. It reminded me a lot of Bridget Jones... But this drama was very... real. Like, the story and the characters were very life-like. And while I do like real, relatable characters, these characters seemed too real. Too flawed. I see enough of that in real life, I don't want my drama characters to be selfish and so complicated as well.


I honestly don't know how to review this drama... I'll just list down the things I liked and the things I didn't like.


Things I didn't like:
Final Verdict: Even though there are more things I disliked about this drama than liked, it was entertaining and I would recommend it if you can look past the flaws.
Posted by Unknown at 1:49 PM