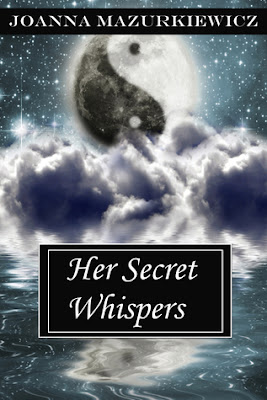 Synopsis: When Niamh McDonald opened her eyes in the dark cave, she didn’t expect to be a prisoner so far away from home. She didn’t expect to be rescued either.
Niamh was kept in the darkness, not knowing what creature has captured her. Then her life spins out of further control as she discovers her family from California have been lying to her all this time – she’s adopted.Niamh returns to California, shocked and traumatised. She cannot forget that she is adopted. And then, out of nowhere, a stranger visits her to tell her she isn’t human.Niamh cannot take any more surprises, so she decides to go back to her place of birth – Wales. She needs her questions answered. Her life transforms further as she finds that Sprites have existed throughout centuries and she is not the only one who can see them.So why is she connected to Ania, the scrawny Russian girl who rescued her from the dark cave?

Rating: 7/10
Source: Provided by the author in exchange for an honest review. Thank you Joanna for giving me a chance to read & review your book. :)

The Good: I really really like the story! It's interesting and different and I like the whole mystery aspect of it. It is well thought-out and sometimes the suspense really had me reading fast, eager to know what will happen next.

The writing isn't that bad either. It is easy to create pictures in your mind with how the author has described things in the book and it isn't boring either.

A major part of the reason I gave this book 3 stars (on Goodreads) is the story. Because that is what made me finish the book. The protagonist was a very annoying one and I did abandon this book once. But the story got me reading again.

The Bad: The characters. Ugh, the characters! In my previous reviews I've said Ania was annoying. Well she was nothing compared to Niamh! OhmyGod this girl made me so angry! In the beginning I liked her. She reminded me of Beth (from Dare You To) and I really thought she was going to be a strong and smart character. Boy was I wrong! She is as reckless and stupid as her sister, if not more. She got on my nerves like anything!

This is the first time I've ever wanted to hit a character with their own book. For example, there is a scene in the book where Gerald, the love interest, and Niamh are being chased by someone. Gerald tells her to disappear using magic and while helping her do so he's standing very close to her. So when Niamh is finally back safe what she's worried about isn't if Gerald is safe or not. But she's angry that he didn't kiss her. DIDN'T KISS HER!! Niamh sweetheart, you both were being chased my potentially dangerous people. I don't think kissing would have been on anyone's mind at that point.

There are plenty more scenes that got my eye rolling and that made me want to beat up Niamh in frustration but I think you get my point so I won't list them.

Another thing that annoyed me was the insta-love. It was fine between Ania and Gabriel because with Ania's personality it wasn't hard to believe that she would fall fast. But throughout the book it is mentioned that Niamh's heart is guarded and she has built walls around her etc etc. But not only is no reason given for her being so guarded, she instantly falls for Gerald and I can see no reason why besides that he's gorgeous. And if that's the reason then I must be in love with a lot of people! And half of them live across the world! I just feel like there wasn't any reason given for Niamh being in love with Gerald. Or maybe she just falls for people based on their "ebony eyes"...

Like the other books, there was a tad bit repetition but it got better as the book progressed.

Overall: I wouldn't particularly recommend this book but if you have started the series then go ahead. Who knows, maybe you will like it better than I did... The story, undoubtedly, is really good. I just wish Niamh wasn't that annoying . Then I would have been able to enjoy the book better. I would like to read the next book though. See how everything turns out. Joanna Mazurkiewicz was born in Poland. She moved to United Kingdom when she was only nineteen and just finished high school. She had aspired to be a writer upon completion of the Harry Potter series but also enjoyed reading books like ‘Gone with the Wind’, ’Animal Farm’ and ‘The doll’. She graduated from Swansea University with a bachelor degree in American Studies. While studying in the UK she made a decision to start writing fiction in English. The “Whispers of the Sprite” is her first debut novel and she is currently working on other projects. Joanna lives in Cowbridge, a small town in South Wales near Cardiff with her boyfriend Bruce. She enjoys cycling around Welsh countryside some of which has become the settings in her first series.
Posted by Unknown at 8:27 AM