She Was Pretty (Korean) 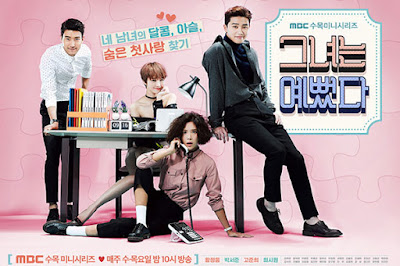 My Rating: 8/10
My Thoughts: I honestly don't know if I liked this drama or not. I gave it an 8 which is a good rating and I do remember enjoying most of it but even though I finished it a couple of days ago I don't really remember much of it. It wasn't memorable and didn't leave much of an impact. And I had to force myself to watch the last couple of episodes because I got bored watching it. The acting was average. It wasn't that good but it wasn't that bad either. Hwang Jung Eum was tolerable but sometimes she got super annoying. She overacts a lot. Park Seo Joon was okay. I liked him better in Witch's Romance. A lot of people loved Siwon and while I did like him and his character too, he got a bit annoying sometimes as well. Go Joon Hee was the only person I liked and who's performance I enjoyed. The romance was okay, nothing special. I'm tired of the childhood friends reunite plot. I loved the friendship between Hye Jin & Ha Ri! I really liked the side characters and their stories! I know I should probably rate this lower but I feel like it deserves an 8.

I Wanna Be A Superstar (Thai) 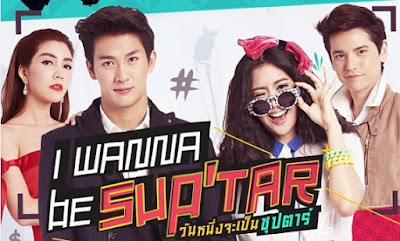 My Rating: 8.5/10
My Thoughts: I really enjoyed this drama despite all it's flaws. Thai dramas really get the cute & cuddly right! First Full House, then Kiss Me and now this, all three are full of adorable OTP scenes that make me squeal! The story was okay. A little absurd at times, has many flaws but it was definitely interesting and I wasn't bored. The acting was okay too. I really liked Gypso and her character. Her character wasn't annoying as many people say. I actually really liked her except at the end when she was being really stupid. I liked Push's character too before he became a selfish idiot towards the end. I gotta say though, the characters weren't good or bad. Each had a mix of both like real people do. For example MeeDee was sweet but he couldn't take the hint. May wasn't all that bad and sometimes she was super adorable but she was also selfish. Same with the "evil" characters. All had good and bad in them. The best person though was Win's brain Tom. Win was a jerk to him but I love how Tom stood up for himself. Plus Tom was the only reasoning voice. He was Win's brain because Win was too stupid to think correctly himself. Overall I really enjoyed this drama! 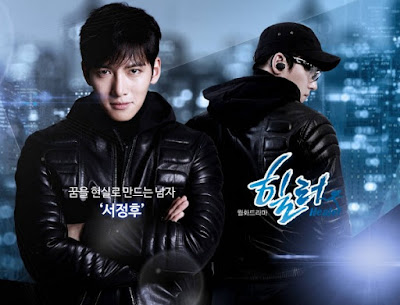 My Rating: 10/10
My Thoughts: Wow! Just... wow! I mean... I never expected this when I started Healer. I had heard a lot of good stuff about it and I had great expectations but I never thought it would be this good. Healer is like in a league of it's own! Amazing, well-written story. It was so interesting throughout and kept me guessing. I loved the mystery and it was all so cool! Awesome acting! All of the cast was seriously so good! Ji Chang Wook is love! Not only is he super hot but he's also super talented and he did an awesome job! Now just please go play a creepy, hot serial killer because I would love to see you in that kind of a role! I also loved his character! He was so adorable and cool and hot and adorable!! I loved Park Min Young. I've always liked her as an actress and she didn't disappoint here as well. And Young Shin was so cute! All the characters were really well-written. I loved Yoo Ji Tae. This was my first time watching him and I gotta say I'm impressed! The rest of the cast was amazing too, especially Kim Mi Kyung as hacker Ahjumma (she is my new role-model) and Jeong Gyoo Soo as the creepy assistant. I also really liked the music! The soundtrack is so good! All of the songs, including the instrumentals, are great! This drama was seriously amazing! It made me laugh, it made me cry and it was a perfect blend of romance, action, mystery, suspense and comedy. Plus the OTP is beyond adorable so you can't help but ship it and the OTP scenes will make you melt!
Posted by Unknown at 10:13 PM