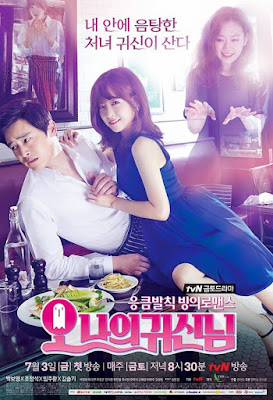 Title: Oh My Ghost
Writer: Yang Hee Seung, Yang Seo Yoon
Director: Yoo Je Won
Main Cast: Park Bo Young as Na Bong Sun, Jo Jung Suk as Kang Seon Woo, Kim Seul Gi as Shin Soon Ae, Im Joo Hwan as Choi Sung Jae
Genre: Romance, Comedy, Drama, Fantasy
Original Run: July 3, 2015 to August 22, 2015
Duration: 60 min
Original Channel: tvN
No. of Episodes: 16
Language: Korean
Links: MDL ~ Wikipedia ~ Viki/DramaFever ~ Drama Site
Synopsis: Bong-sun, a timid young woman, is possessed by the ghost of a lustful virgin. She has zero self-confidence, and because of her extreme shyness, she doesn’t have any close friends. At the restaurant where she works as an assistant, she’s not particularly good at anything, and mostly just gets yelled at a lot. Her grandmother was a shaman so from a young age she’s been able to occasionally see ghosts, though it’s not until she meets the lascivious ghost that she gets possessed totally.
Sun-woo is a conceited star chef who’s overflowing with confidence in his food and his skills. Bong-sun harbors a secret crush on him, though he doesn't take much notice of her for two reasons: because he’s always surrounded by women and because he’s hung up on an old flame. But then one day, Bong-sun starts acting differently, shedding her mousy personality, and ends up constantly on Sun-woo’s mind.

My Thoughts: Umm.. wow! I was not expecting this drama to be this good! I picked it at random out of the currently airing dramas because I wanted to watch something light and funny and this seemed right up my alley. It was all those things but it was also so much more! 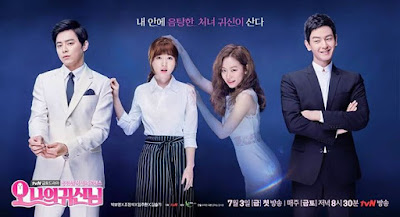 Story: The story was full of mystery and suspense and love and emotions and loads of cuteness! I loved every moment of it! The romance played out so well! But more about that later. The mystery of Soon Ae's death and creepy officer Choi was so good! There were scenes during which I actually got goosebumps! The drama played the supernatural element really well and it blended with everything else. From start to finish this drama was perfectly constructed, with great consistency. Despite the ending being a typical drama ending, it was done right for a change. It left me satisfied and even though I miss these characters, I'm very happy with how the drama ended. 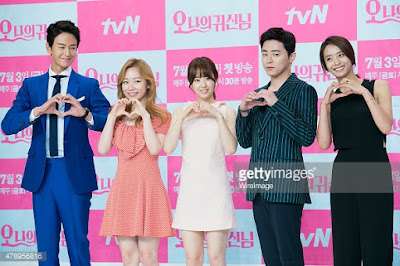 Actors/Characters: I loved the cast! Such talented actors, all of them! And deep, well-written characters. Na Bong Sun was my favorite character! She was so adorable! And I saw so much of myself in her! I connected with her a lot and most of the time I just wanted to give her a huge hug! Park Bo Young did a mind blowing job, playing Na Bong Sun and Shin Soon Ae. You could differentiate between the two girls with only her demeanor. She was so good with both characters, both of which are complete opposites. This girl deserves an award!


Is it just me or does Jo Jung Suk has a Gong Yoo vibe? He's just as gorgeous and just as amazing an actor. I mean everyone in this drama is an amazing actor! And Jo Jung Suk wasn't any different. I loved Kang Seon Woo! He was somewhere between a bad boy and good guy. He was sweet and adorable and had depth as a character. Loved him! 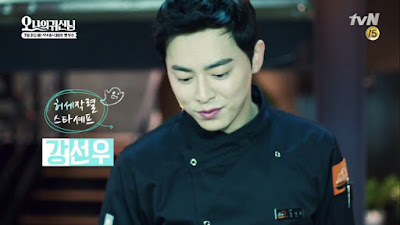 I love Kim Seul Gi! I love the quirky character she plays so well! And she was perfect as Shin Soon Ae. She made me laugh, she made me cry. It was just so much fun to watch her onscreen. Her performance was really great! 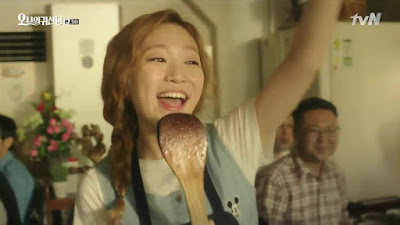 Onto my second favorite character, Choi Sung Jae. Hey, don't look at me like that! I have a thing for psycho characters. :P But honestly though, how amazing was Im Joo Hwan's acting? Makes me want to check out more of his dramas. One second he is the nicest person you have ever seen and the next he has this sinister, murderous glint in his eyes and the look on his face will haunt your nightmares. No but seriously, I loved his character! I felt sorry for him but he was also so scary! A very interesting character. 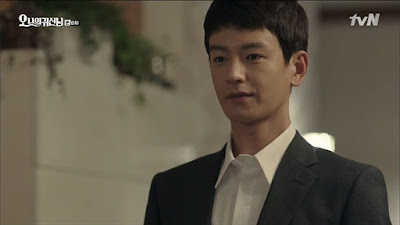 Yaay for ahjumma friendships! I seriously loved Seobingo and Seon Woo's mother! They reminded me of the only thing I loved in The Heirs (other than the Chan Young/Bo Na couple). They were so adorable and funny, together and separately. So were all the people who worked in Seon Woo's restaurant. They were such a goofy, endearing group! I also loved Seon Woo's sister and her story was heartbreaking! I loved how pure and innocent she was. And my heart broke for Soon Ae's father. Her brother was so cute! 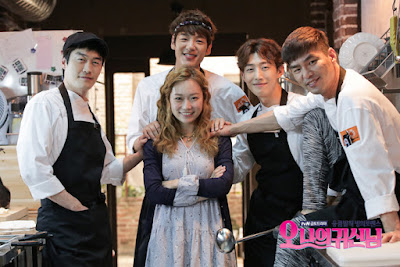 Romance: Na Bong Sun and Kang Seon Woo are ssooo adorable together!!!! Like I can't even!!! Their cuteness had me smiling like a lovesick fool! I seriously loved the two of them together! And even though I liked Soon Ae, I was team Bong Sun from the start. The love triangle was very interesting and I loved how it played out. 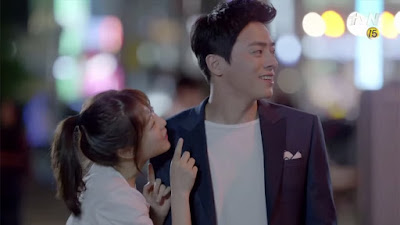 Overall: I loved this drama to bits and pieces and if you haven't seen it already then what are you waiting for?! With romance, mystery, great acting and amazing story and a pinch of scary this drama will make you fall in love with its awesomeness!