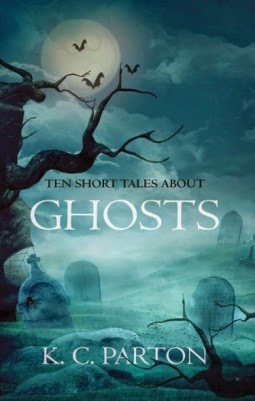 Synopsis: In a radical departure from his previous works, K. C. Parton has turned his prodigious imagination to the unsettling genre of the world that is sometimes glimpsed but never understood: the supernatural. This thrilling new collection of ghost stories explores the traditions of Edwardian horror placed in a contemporary setting. With compelling reads including, ‘The Last Train’ and the evocative ‘Ghost of Spetchley Bridge’, K. C. Parton portrays how people react when forces move beyond their control. Diverse locations and memorable characters are used in every story to maximise the disturbing effect. Old factories, the South Downs and Southend-on-Sea provide a vivid backdrop for these spine-chilling tales. With unearthly movements, strange noises and mysterious disappearances K. C. Parton creates an eerie atmosphere. Whether it is the creeping discomfort of a man being forced to challenge his understanding of the world, or an eerie appearance at the local cricket club, he transports the reader to the supernatural world.
Ten Short Tales about Ghosts is a haunting read that will interest fans of gothic literature at any age. Characteristics of both Edwardian and Victorian ghost stories are present in this collection. Residents of the county areas mentioned in the stories may also be interested to explore the paranormal potential at their local landmarks. K. C. Parton has been inspired by the writing style of Susan Hill. His admiration for M. R. James encouraged him to develop his many characters of the collection. These spooky short stories, inspired by the genius of M. R. James, explore extraordinary things happen to ordinary people. Local stories of ghost sightings and strange hauntings also enabled K. C. Parton to find amicable settings for his characters to develop in.
Rating: 2/10
Source: NetGalley.

My Thoughts: I really feel guilty for not finishing this book but sadly it was way too boring and just not for me. I read 5 out of 10 stories and I skimmed through stories 4 and 5.

Story: The stories were not scary at all. They were extremely boring and had way too much unnecessary information. It was really hard for me to get through them. There were moments when they were slightly interesting but not enough to keep me reading.

Writing: The writing was okay. It wasn't awful but it wasn't good either. As I wrote before, there was way too much unnecessary information and the descriptions weren't scary. The writing felt old and it felt like I was reading a book written in the 1900s.

Characters: The characters were uninteresting and did not feel like real people. Their personalities and the way they conversed was not at all like actual people are. The characters felt too fake and I didn't relate to any of them. I didn't even like or care about them.

Overall: I didn't enjoy this book and I wouldn't recommend it to anyone either.

About The Author: Born in Sussex, K. C. PARTON studied at Southampton University and joined GEC as an apprentice in Birmingham in 1949. He remained there for 21 years, finishing as a senior manager. He then held similar posts in Plessey Telecomms and ICL before retiring in 1993 to become a specialist electrical consultant. His book, Tales from the Toolbox (Matador, 2013) is an amusing account of his time at GEC. His previously published work also includes, Peace and War (Matador, 2013) and The Digital Computer (Pergamon Press, 1964). He retired in 2005 and now lives in Worcester where he continues to write more short stories.