Book Review~Lola and the Boy Next Door by Stephanie Perkins 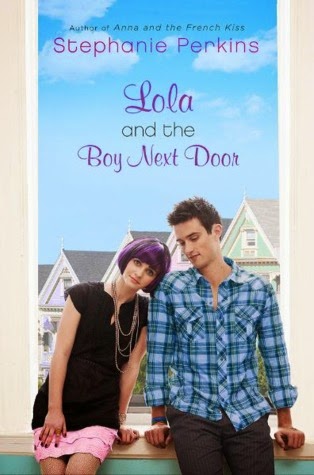 Synopsis: In this companion novel to "Anna and the French Kiss," two teens discover that true love may be closer than they think.
Budding designer Lola Nolan doesn't believe in fashion . . . she believes in costume. The more expressive the outfit - more sparkly, more fun, more wild - the better. But even though Lola's style is outrageous, she's a devoted daughter and friend with some big plans for the future. And everything is pretty perfect (right down to her hot rocker boyfriend) until the dreaded Bell twins, Calliope and Cricket, return to the neighborhood. When Cricket - a gifted inventor - steps out from his twin sister's shadow and back into Lola's life, she must finally reconcile a lifetime of feelings for the boy next door.
Rating: 7.5/10
Source: Bought
Cover Talk: I really like this cover! It's pretty and cute. But the best thing is the details like the blue bands on Cricket's wrists and Lola's purple hair.

My Thoughts: I did enjoy parts of the book but as a whole I didn't like it much. While I loved Anna and the French Kiss, Lola was a disappointment.

Story: The story was nice-ish but a bit boring. It felt like parts were missing in between and some things happened too suddenly. I did like the ending, it was pretty cute. But during most of the book I found my mind wandering. I just couldn't immerse myself in the book.

Writing: The writing was really good. Despite me not enjoying the story and liking the characters, the writing itself wasn't bad. It was funny at times and realistic at others. I do like Stephanie's writing style, it feels very real.

Characters: Lola was annoying and immature and selfish. I didn't hate her but I didn't like her either. She made me mad at times but mostly I just didn't care about her at all.

Cricket was cute. Too bad it seemed like he was a secondary character. Seriously, there came a time when I was wondering if he was the leading man or Max because he made an appearance so rarely. I did like him though. I wish he was mentioned more, had more scenes. He is the "hero" after all...

Were there two Max in the book? Did he have multiple personality disorder or something? Because there was this great, responsible rockstar Max we get in the beginning. And then he turns into this completely opposite mean, jerk rockstar Max in the end. I liked Max. I actually liked him more than I liked Cricket. But what's with the sudden personality change?

All the minor characters were meh and easily forgettable. Except Etienne & Anna of course. I did enjoy Anna & St. Clair parts. I kinda like Calliope too. I could have liked Lola's best friend had she been mentioned more. Lola's parents were okay. They were kind of cute and funny.

Overall: I sort of enjoyed parts of this book but as a whole I didn't like it much. The best part? It had Pushing Daisies references and Anna & St. Clair. 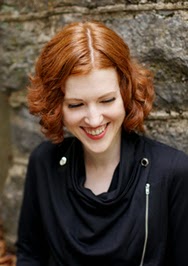 Hi, there! I'm Steph, and I wrote ANNA AND THE FRENCH KISS, LOLA AND THE BOY NEXT DOOR, and ISLA AND THE HAPPILY EVER AFTER. I also edited (and contributed a short story to) a romantic holiday anthology called MY TRUE LOVE GAVE TO ME. My next YA novel will be horror—a teen slasher published by Dutton.