Everyone knows that Chelsea Knot can’t keep a secret.
Until now. Because the last secret she shared turned her into a social outcast—and nearly got someone killed.
Now Chelsea has taken a vow of silence—to learn to keep her mouth shut, and to stop hurting anyone else. And if she thinks keeping secrets is hard, not speaking up when she’s ignored, ridiculed and even attacked is worse.
But there’s strength in silence, and in the new friends who are, shockingly, coming her way. People she never noticed before. A boy she might even fall for. If only her new friends can forgive what she’s done. If only she can forgive herself.
Trailer:

Rating: 9.5/10
Source: Received an ARC through NetGalley. A HUGE THANK YOU to the publisher for accepting my request! Harlequin is officially my favorite publishing group! ;)
Cover Talk: I love the cover! It's so simple. Hannah posted a photo of the books on her blog and you can see that the cover is shiny. I would love to have the actual book! You can see the photo below: 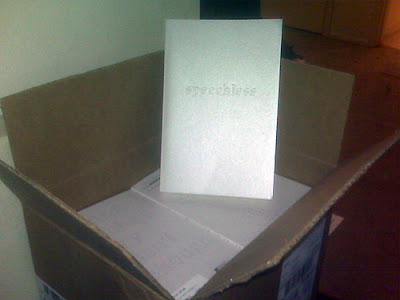 And this is the back cover of the book: 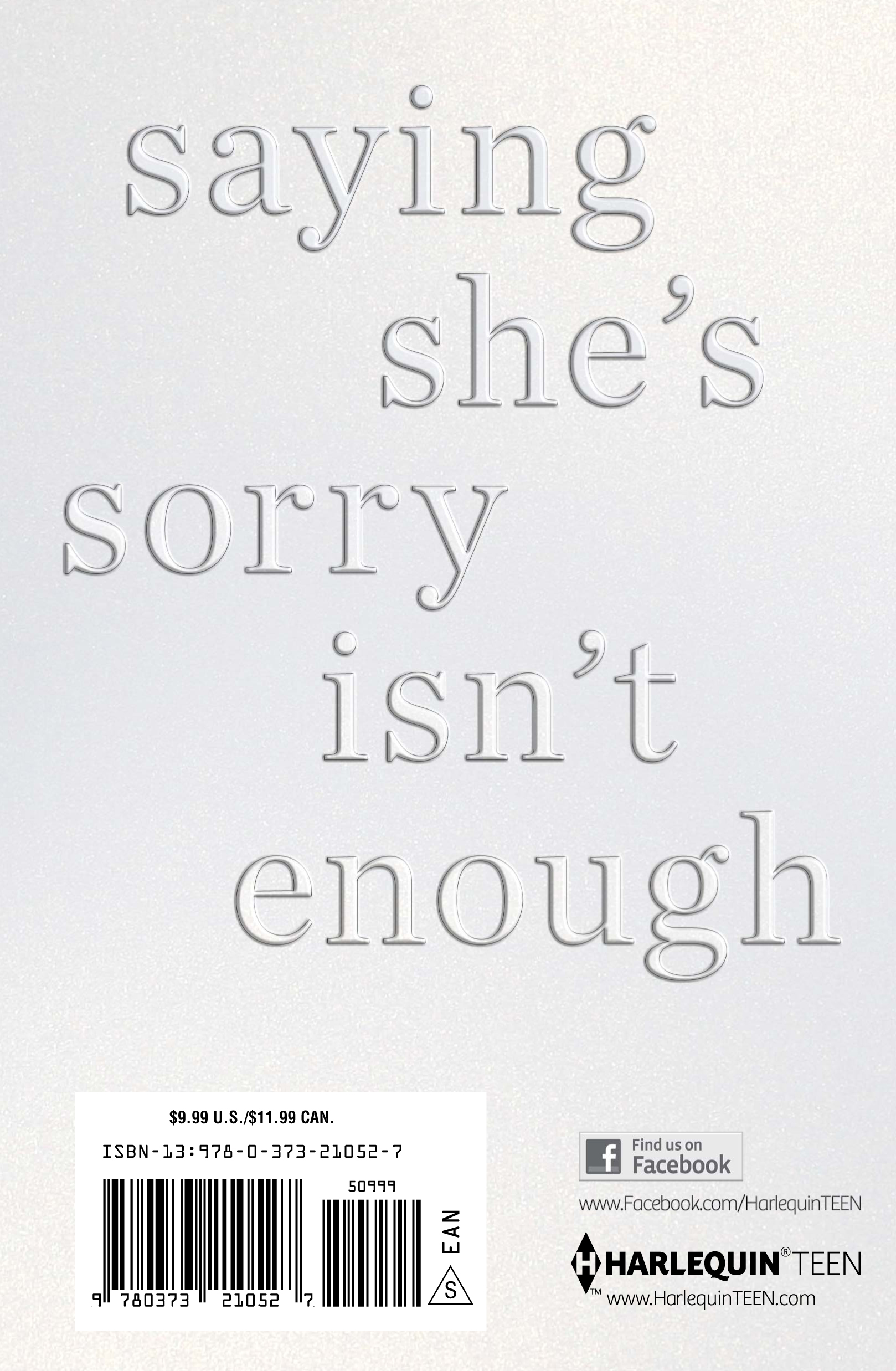 There's another cover which I think suits the story MUCH better. The simple cover gives the impression that the book is kind of serious, which it is not, but the other cover shows that it's more on the lighter side. And I love that cover too! Take a look below:

My Thoughts: Hannah Harrington is officially one of my favorite authors from now on. This book was AH-MAZING! I loved it! Even more than Saving June.

Story: I loved the story. The idea is unique and still so many people can relate with this. The bullying, the fake friendships that only use you. I for one can totally relate with Kristen's and Chelsea's friendship, me being Chelsea. And I saw how Chelsea was used by Kristen but she didn't care because at least she got 'attention'. At least she was popular. In the beginning of the book I was soo pissed at Chelsea because she was always blaming herself and defending Kristen. She was Kristen's 'pet' and they did not have a true friendship. But I was pissed because these are all the mistakes that I made and how Chelsea felt in the end, that's exactly how I felt.

Writing: The writing was amazing! It was definitely less serious that Saving June and Harper and Chelsea are totally different. I don't know why I keep comparing this book to Saving June, but yeah, this was better. It had a light note. I loved Chelsea's sarcasm and humor. I read this book all in one go and it was definitely because of the engaging and amazing writing. I was even scolded by my dad. Hmmph... doctors *rolls eyes* He just doesn't understand that I wouldn't have been able to go to sleep until I had read the whole book. But even after that I couldn't go to sleep. Because my mind kept drifting back to the book. Yes, it was THAT good!

It's amazing how Hannah got such a serious message across with such a... well... non-serious book? Well it's not totally non-serious but, you know, it kind of has a lighter tone than the books dealing with bullying have. But that's not the only topic this book touches. I think it shows you how to find yourself. How to speak up. To think about other's feelings too. It shows you that Love is Louder.

Characters: As I said before, Chelsea pissed me off A LOT in the beginning but then as the story progressed, she changed and I liked her better. I really liked Andy! He was so..... cool! I mean I know he was gay and all (not that I have anything against gays) but he didn't seem gay.... I don't remember if his age was mentioned in the book but he sounded older than others. He seemed like 18. A punkish kinda guy. Like Jake from Saving June! I loved Asha! She was so bubbly! I love people like her! Though they can get annoying sometimes...... but it's nice to have a friend who can cheer you up no matter what.

All the characters were very well built and I liked all of them. I mean not like I liked Kristen or Warren or Joey or the other bullies, but I liked how they were written. How true it was. How there really are people like these.

Sam, Sam, Sam. Ok, first of all, I LOVE the name Sam! I don't know why, I just do. And I liked Sam from the moment he stepped in the art class. I never really liked Brendon. Even when Chelsea was gushing about his 'perfection' I just thought "Oh puhleez! Please don't let Brendon be the love interest!" Not that Brendon's a bad guy. He's pretty nice. And what he did for Noah was really sweet. I think there's more to Brendon than what meets the eye. There's not much about him in the book. I think there should be another book telling his story.... that would be nice. I'd definitely read it! Anyway, back to Sam. I'm crushing on Sam way more than I've ever crushed on a boy (in a book that is)! I love the fact that Sam is imperfect! That he has skinny arms instead of big biceps. That he wears glasses. That his smile is so not perfect. And oh I'm a sucker for blue eyes! And Sam has blue eyes! It's like Hannah wrote my dream boy! Seriously! But I would've really liked to know more about Sam. About his family. And why in the world didn't anyone care when he stayed a whole night at Chelsea's?! I mean I get some parents are cool with it, but still.....

All in all it was an amazing book and definitely one worth reading!

Favorite Quotes:
“Hate is... It's too easy. Love. Love takes courage.”
I love this quote!

“What’s important is the time we spent working on it together. What’s important is that Sam is the kind of guy who will trade notes on a sketchpad and teach me how to make tuna melts and drop everything to drive to a parking lot when I need him and throw stones at my window to make sure I’m okay.”
Tell me you don't love Sam after reading this!

About Love is Louder: Love is Louder when we use our words to help, not hurt
Our words and actions are powerful. They can hurt people…or they can help eople. If you or someone you know is going through the same struggles as Chelsea Knot, check out loveislouder.com.
The Love is Louder movement was started when The Jed Foundation, MTV and actress Brittany Snow decided to do something to help those feeling mistreated, misunderstood or alone. Now hundreds of thousands of people around the world have joined the Love is Louder movement and are using their actions to make their communities and schools better places for everyone.
COME JOIN THE LOVE IS LOUDER MOVEMENT WITH US in September 2012: LoveisLouder.com/SPEECHLESS
Posted by Unknown at 12:51 PM