My TV Year In Review

All the TV shows I follow have finished airing their latest seasons so I thought I'd do a seasons' end review for them all.

This season started out so bad but improved so much! It was much better than the last season. I'm so glad they turned the romance down a notch and increased the politics because that's what I came here for! I hated Elizabeth at first but she grew on me. I had started hating the weak Mary but finally the writers did her some justice by the end and made her the strong and fierce Mary I knew and loved! I enjoyed the political drama so much and I loved how Catherine was at the heart of it. This season saw the departure of many of my beloved characters. They will be missed. :'( I just hope they don't kill off more of my favorite characters. Like Leith. And give Bash a bigger role next season please! He's an amazing character and deserves his own story-line. I think it's been a long time coming and I'm glad he was getting more scenes by the end of this season so I hope next season is bigger for him. I'm looking forward to the rivarly between Mary & Elizabeth next season and I can't wait to see how Narcisse will take his revenge on Elizabeth! 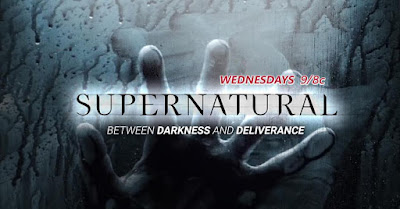 What was this season?! We had God's sister, and God, and what not and it was so boring! I don't even remember most of the season TBH. I remember struggling through each episode hoping it would be interesting. But the Darkness story-line was just not for me. The only episodes I enjoyed were the filler case episodes. Lucifer Cas isn't Cas. I want Cas! And can you make Destiel happen already?! Character wise they were all the same. I loved Sam & Dean & Crowley. I enjoyed Rowena at first but then got tired of her. Beloved character deaths :'( It's just the story I had a problem with. I hope next season is better. 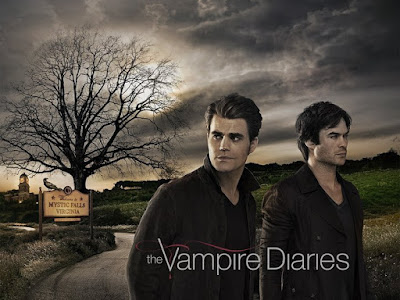 It's only the seventh season? I feel like it's been a lifetime since this show used to actually be good. Now it's just absurd stories trying to pull through from one season to the other. I mean what even was this season?! During most of the episodes I sat there laughing at the absurdity and swooning over Ian's hotness. Damon was the only good thing on the show. But his character's getting ruined too. So I'd say Ian's looks (& those gorgeous eyes) are the only good thing on the show. I feel like Paul's so tired of the show that he doesn't even bother changing his facial expressions. He has the same face in every scene! Bored. The story was all over the place and had so many plot holes! I hated most of the new characters. The character deaths didn't even bother me TBH. Just let Matt die please. I feel sorry for the poor guy. I hate how Bonnie gets treated on the show. I hate how Damon is with everyone and gets away with it too. This show needs to end. I heard the next season was the last one. Lets hope so. 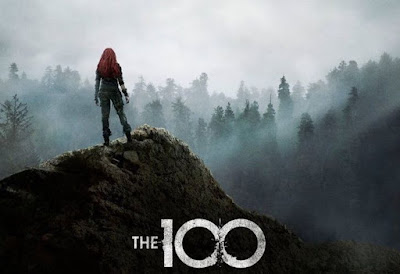 Why show?!!! Why you do this to me?!!! Lincoln was my favorite character ever! I loved him and they killed him and now my heart is broken </3 I didn't like this season much compared to the previous seasons. Not only because of the pointless deaths but I didn't like the overall story. It was interesting and very engaging but I felt like something was missing. I've started hating Jasper. If anyone had to be killed then it should've been him. I loved the rest my squad though <3 I've also come to really like Murphy. I really hope they don't kill off any of my faves next season. I feel next season will be a hard one. I wish my babies would get a break. 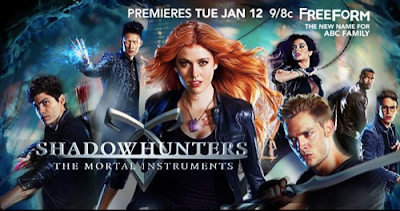 I didn't like the first book much and I really didn't like the movie but I was still excited for the show and was pleasantly surprised by how good it was! Sure the acting and editing was sort of sloppy at first but I think over the season they improved A LOT! This was my favorite show this season. They changed up the story a lot and I'm glad because I think they made it better. I LOVED the characters, especially Izzy & Alec. Malec be my new favorite OTP :') I got so attached to all of them! And that season finale!!! I can't wait for the next season and the awesomeness it would bring!

Once Upon A Time (Season 5) 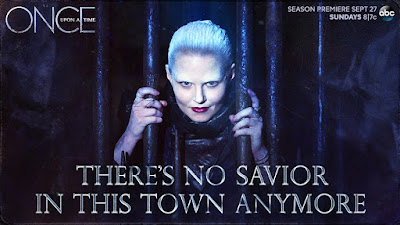 This was the Dark Swan & Hades season, right? Or was Dark Swan last season? I do remember Hades being there this season... See my problem? This used to be my favorite show. This season was so boring though. There were good parts but overall it was meh. Especially compared to the previous seasons. I don't have much to say about it because I don't really remember much. Except Hercules being such a cutie! I wish they would've kept him for more than one episode.

Well this was my TV year in review! What shows did you watch this season? Any good recs? And did you watch any of these seasons? If yes then I'd love to hear your thoughts about them!
Posted by Unknown at 2:54 PM