Not real doctors (not that they aren't amazing as well) but I'm talking about the new kdrama (Korean drama) Doctors (a.k.a. Doctor Crush) which has won the hearts of many as soon as it started airing. Yes, that new Park Shin Hye drama that everyone, including me, was skeptical about. Well I've kinda fallen in love with it. Okay not kinda, I'm completely fallen head over heels in love with it! And I'm here to fangirl over it today!

This drama! THIS DRAMA! Is ruining my life! It's so so good! 4 episodes have aired to date and it has made me laugh, cry, hate, love and feel all kinds of emotions! And that too from the first episode! It was love at first sight with this drama. 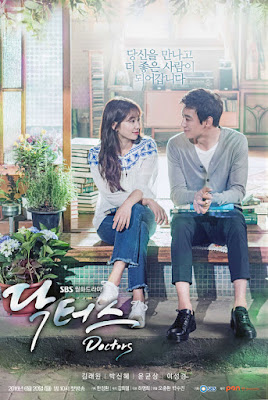 You know how Park Shin Hye has always played that poor, weak girl in need of prince charming? Well she is that girl no more! In Doctors she plays a tough cookie who isn't afraid to kick some butt! And boy can she kick! I had no idea Park Shin Hye would be this good a fighter! Them high kicks girl! The fighting scenes were easily my favorite part! And though I haven't watched Pinocchio (I know! I'm so bad! I can't count the times this drama has been recommended to me! Chill, I'm getting to it!) I must say Park Shin Hye's acting has improved A LOT! Let's hope her kissing has too! 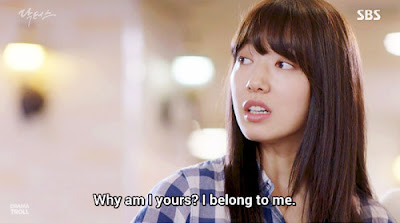 I have never seen nor heard of Kim Rae Won before but *heart eyes*. I love nice guys! I'm so tired of all the bad boys in dramas! So I love me some nice guy who smiles and cares and is totally adorbs! And Hong Ji Hong (the character played by Kim Rae Won) is all that and more! He's a doctor turned high school teacher and I can totally see why so many girls have a crush on him! Not only is he really nice and caring but is an upstanding citizen and a great doctor! Me being a medstudent, I was so totally impressed by that scene in which he saves the pregnant lady. Plus he is pretty straightforward so (I hope) no drama! You know, of the relationship kind. At least not from him. 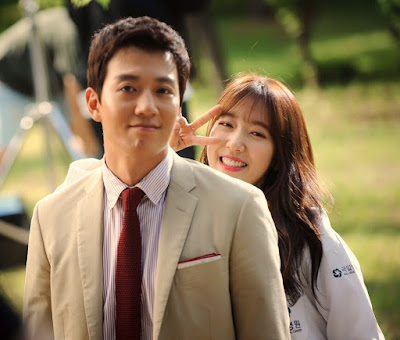 I was kind of worried about the age gap. Though the couples in almost all the dramas I've seen with a huge age gap have been amazing (Secret Love Affair, Prime Minister & I), I'm always worried about the chemistry. Well nobody need worry with Doctors because the chemistry between Park Shin Hye & Kim Rae Won is so good! They just click together so well! I started shipping them from the very first kick! Definitely going into my favorite OTPs list! 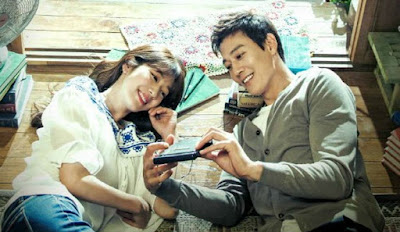 The story so far has been so amazing! It's very rare that I develop such a deep bond with characters but I did with this drama. Their joy is my joy, their pain is my pain. I can't count the times this drama has made me cry, be it happy tears or sad. All them feels!

I also love the medical aspect of it. It's weird how happy I got when I saw a copy of KLM's Clinically Oriented Anatomy in one of the scenes. I was like I read that book! That's where I study anatomy from! I know, I'm pathetic. But even though sometimes what they show is exaggerated, I do love watching a drama about a profession I'm pursuing. 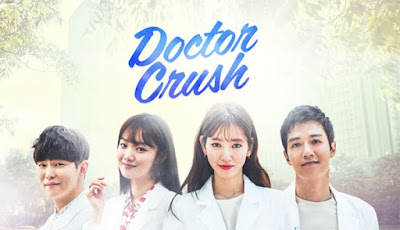 The characters have been written so well! The villains aren't bad just for the sake of it. I can totally understand how and why they turned out that way. Even the side characters have important roles to play in the story. And some of them are such cute bunnies I can't even! My favorite side character till now would be Hye Jeong's grandmother! This lady is so amazing!! I can't go on or I'll start crying again but I just love her!! 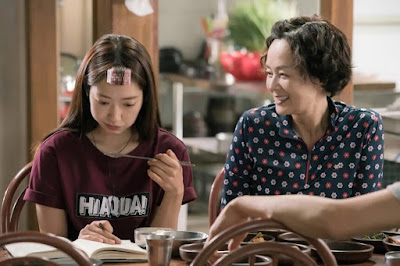 If you haven't started watching this drama yet then I hope I persuaded you into doing so because this drama is amazing and you're missing out on a lot if you're not watching it. And if you are then let me know what you think about it in the comments below!!
Posted by Unknown at 2:48 PM