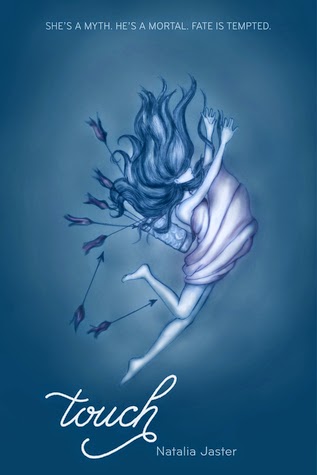 Synopsis: *Mature YA: sexual content and language. Intended for readers 17 and older.
The myth of Eros isn’t the truth. Her story is the truth . . .Love is an immortal bad girl. With a strike of her arrow and a smirk on her face, she pins human hearts together against their will. It’s for their own good, of course—silly, clueless creatures that they are.But Love has never loved. Not until the Fates parcel her off to a small, frostbitten town littered with needy souls. Not until she crosses paths with Andrew, a crippled boy whose gaze locks onto hers. Yet how can this be? Mortals don't have the power to see deities.The longer they’re friends, the more Love wishes she could touch Andrew. In gentle ways. In other tempting and reckless ways as well.It’s impossible. She isn’t a true part of his world. She’s an outsider whose fingers will only ever sweep through him. A mischievous, invisible goddess who’s destined to be alone. And he’s destined for someone else. By order of the Fates, it’s Love’s duty to betray his trust. To seal his heart while ignoring the gash in her own.Or she could become human. For there is one very tricky, very dangerous way to do so.If only Andrew felt the same about her, it might be worth the risk.

Rating: 8.5/10
Source: Given by the author in exchange of an honest review.

My Thoughts: Wow! I was not expecting to like this book as much as I did. Despite my interest in Greek mythology I tend to stay away from books about it because they are mostly related to politics and such and those things bore me. Or the romance in them is too unrealistic and I never like that. But Touch seemed interesting and I was glad that Natalia sent me a copy.

Story: The story was really good! The forbidden-love plot is done really well and the 'cannot touch' thing added to the sensuality. The mythology is really different from the Greek one and was very interesting! Overall I really enjoyed the story. The pacing was perfect throughout and every chapter keeps you guessing what will happen next.

Writing: This book is really well-written! The writing flows easily but is also beautiful. It was easy to create images in my head (I'm a visual reader) and the writing kept me interested. I'll definitely be checking out more books by this author!

Characters: Love was very different from the usual heroines. She wasn't always likable, probably because she wasn't very relatable to me, but she was always interesting and I really liked seeing the world through her eyes. She was kind of naughty and I liked that about her.

Andrew was really cute! Seriously, he was the sweetest person ever! And I really liked his relationship with Love. He was nice and kind but also realistic. I love how he became friends with Love first. I loved how he cared about others and put them first.

The other characters were well-written and interesting as well. Natalia has created really great characters in this book.

A character I really liked was Anger. A love-hate romance between him and Love would have been so awesome! Not that I don't like Love with Andrew. But I would've liked her with Anger as well. So much angst!! And my heart broke for him when he didn't get the girl. He even had to give up everything for her. That scene in which she senses that someone is watching her but there is no one there. Omo, that was heartbreaking!

Overall: I really enjoyed this book! It was something different and really well-written. A must-read if you like well-done romances! 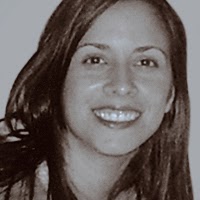 My kindergarten teacher told my mom than I stared out the window too much, daydreaming instead of paying attention in class. It's true. Eventually I learned to focus more in school (and to love it), but the daydreaming never stopped. So after earning my master's in creative writing and spending a bunch of fun years as a magazine editor, I'm now a writer of YA romance.I'm also a total fool for first-kiss scenes, fanfiction, libraries, and starry nights."Touch" is my first book.Visit my website: http://nataliajaster.comFriend me on Goodreads: https://www.goodreads.com/nataliajasterFollow me on Pinterest: http://www.pinterest.com/andshewaits/Follow me on Tumblr: http://andshewaits.tumblr.com
Posted by Unknown at 10:18 AM